Review: Porradaria 2: Pagode of the Night

They always say you shouldn’t judge a book by it’s cover, but that doesn’t mean the cover is never accurate. One look at Porradaria 2 tells you everything you need to know about it. This is the lowest of the low-rent Symphony of the Night imitations, hacked together with little or no attention to detail. Game balance is going to be all over the place, levels aren’t going to make much sense, and the art is going to be a slideshow of MSPaint doodles. The nicest thing I will say about it, and I mean this, is that there’s a not completely terrible game hiding in here somewhere, and if everything I just said didn’t put you off, you might actually find it.

The game opens with a rousing intro featuring a butchered rendition of the DIE MONSTER opening of Symphony, establishing your goal of wresting a bag of infinite potato chips from a wizard. You can be a ninja or a swordsman on this quest through a sprawling, sparsely-decorated castle of zombies and spikes. As you delve deeper and defeat basic bosses like recolored enemies, you’ll pick up magic spells and items that allow you to move about the castle more freely and grab those pesky powerups that were always just out of reach. 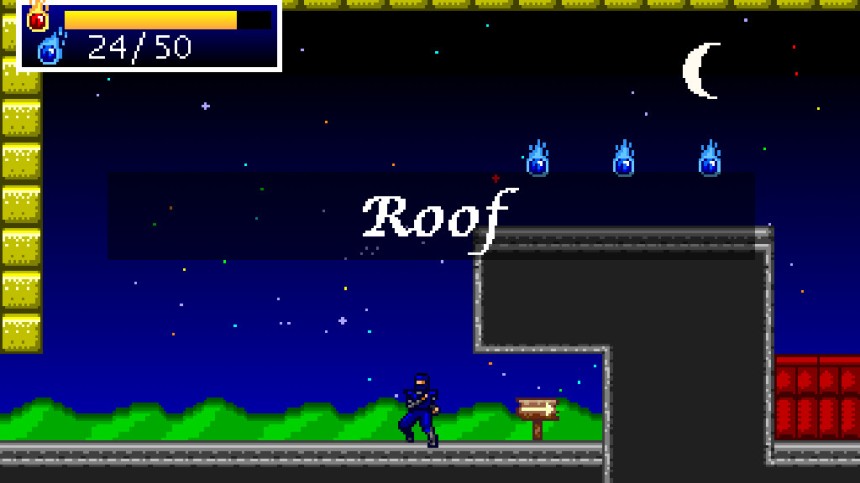 Parody is the name of the game here, pretty obvious between the potato chip wizard and the useless crayon castle map you get at the start. The first boss you fight is a recolor of a regular enemy and says as much when you face him, and all the other bosses accuse you of killing their sibling at some point. None of the parody is actually worked into the game itself, mind you, it’s all just layered uselessly on top of a flimsy framework. This needs to be rule #1 for anyone trying to make a parody game, you need the humor woven through everything, the enemies and items and game flow included, not just tacked on in scenes that try way too hard. Actually rule #1 is “Don’t make parody games, what the hell is wrong with you” but that other thing I said makes a good rule #2.

Once you get past the forced humor, you’re left with an extremely sparse metroidvania that’s going to take you an hour to beat, if you have the fortitude. There’s something like six areas of the castle, each with health, magic, and mobility upgrades to find. The ninja ones include a double-jump and a super jump that both make him invincible for a second, not exactly groundbreaking but at least a little interesting. Magic is just tossing fires or boulders, and is used to open certain paths. The freezer area is unique in that it does constant damage to you unless you have a scarf item, but is also entirely beatable without it. Most of the bosses are brain-dead easy but a few of them have way, way too much health, including the final boss which is an unpleasant hike in difficulty. 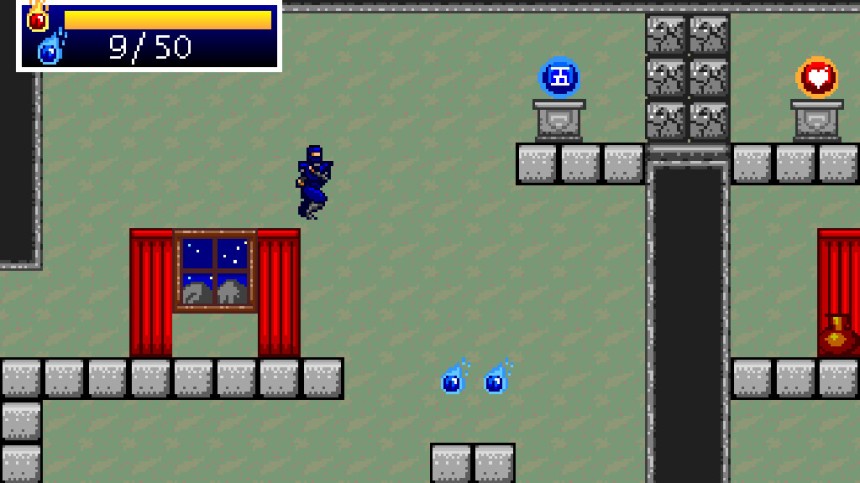 I can see little hints of decent gameplay here and there, and honestly outside of the awful forced humor, it’s not an awful game. There’s a castle to explore and items to get and monsters to fight and it all works, if not terribly pretty or polished or balanced. Porradaria 2 would make a great student project or practice game before pulling together a team for a real release, but as a retail project I can’t possibly recommend it. If the developer is reading this then I implore you, focus less on humor (as in not at all) and more on game mechanics. Do that and hire an artist, and I bet you could come up with something I could recommend.