Review: And Yet It Moves

I punched out of And Yet It Moves after about 20 minutes the first time I played it, and that was so many years ago I couldn’t remember why. I started it up again recently and spent some time getting re-adjusted to the jumping and spinning, but it didn’t take long to refresh my memory on its failings. AYIM feels like a platformer built to be the antithesis of platformers, a game that embodies everything that platformers aren’t. It works at what it does, mind you, it’s just that what it does isn’t at all fun. 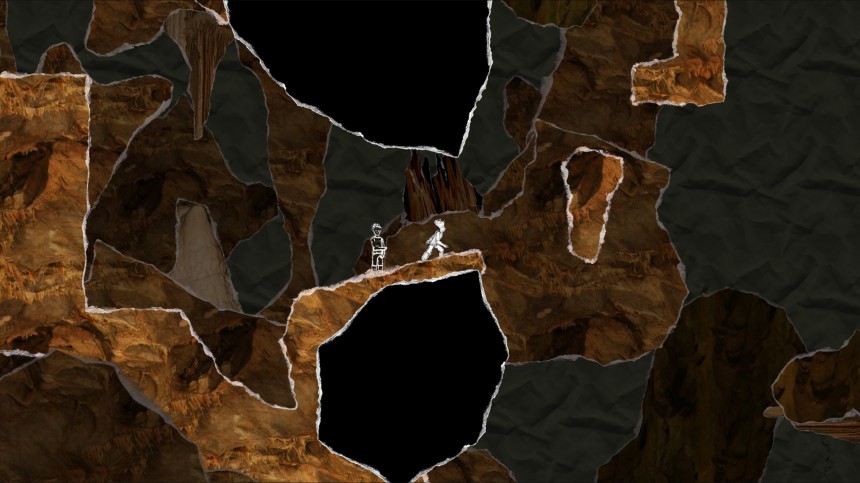 I don’t think there’s a plot to And Yet It Moves, you’re just trying to get your mop-haired avatar to the exit of each level. The terrain of each cave or forest or wherever you find yourself is impossible to navigate with just his plodding gait and weak jump so you are empowered to rotate the world around him to proceed. Using this power you’ll saunter up the walls and ceilings of caverns, bend around the edges of cliffs, and navigate boulders and planks through mazes of ledges. You’ll encounter a few new gimmicks as you progress as well, including animals that must be fed to pass and breakaway platforms to watch out for.

This sort of puzzling is bare-bones for 2017 but it was a clever twist on a tired genre back in 2009 when it came out. AYIM certainly helped pave the way for other world-bending puzzlers that came after it, but that doesn’t necessarily mean it’s the best example of it. You can only rotate the world 90 degrees at a time, for example, which can make some slopes and complex cliffs hard to navigate. You’ll also be doing a lot of flipping from the top to the bottom of platforms and the interplay of momentum and stiff rotation complicates your maneuvers. And I know I mentioned other gimmicks but they’re honestly pretty sparse, leaving the majority of the gameplay to just making the same jumps and flips over and over. 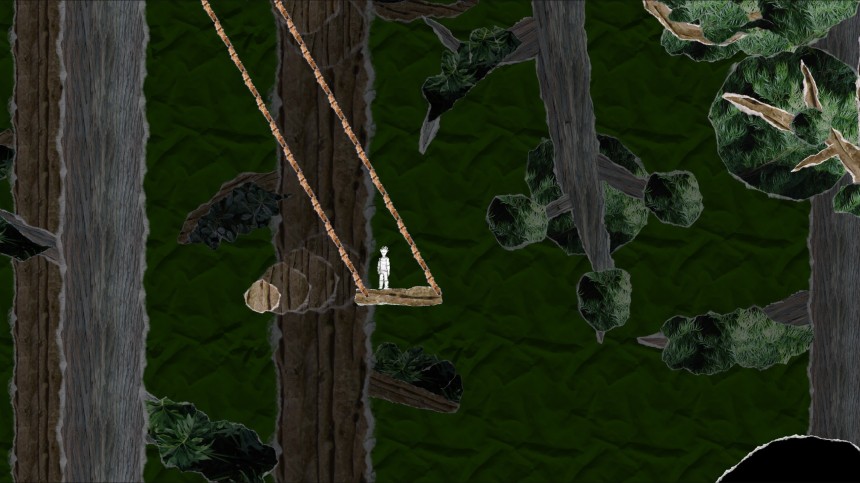 What really kills this game, though, is the fall damage. There’s a lot of circling around and doubling back in AYIM’s level design, so to prevent players from taking shortcuts or coming up with their own routes through levels, anything longer than about a six-foot drop kills you stone dead. Actually it’s not even the drop that kills you, it’s the momentum, so if you get going too fast on a moving platform or stay airborne while rotating for too long, you’ll also splatter. It’s so bad that on some platforms you have to flip onto the backside of, if you jump too high you’ll explode when you land where you’re supposed to.

This is what I was talking about when I said And Yet It Moves is the antithesis of platformers. Fall damage is easily the worst part of any game that includes it, going all the way back to the original Donkey Kong. It adds nothing as a game element, it only serves to limit players in how they can navigate a level. The same end can be accomplished with walls without having to kill your player, or with pits or spikes so that incidental jumps aren’t deadly if they happen to go too high. AYIM is doubly terrible in this regard because speed, not distance, is lethal, enforcing a slow and plodding pace to a game in a genre where some of its best games are high-speed romps. 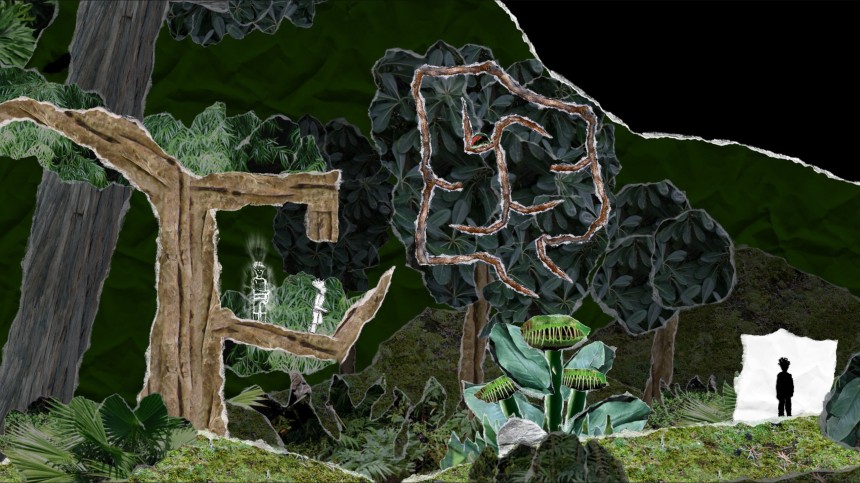 And Yet It Moves works fine as the puzzle game it is designed to be. My problem is how that design prevents AYIM from utilizing the best parts of its genre and turns them into frustrating punishments. It gives you large, sprawling levels of caves and trees and whatever the hell the third world is because I didn’t get that far, and then murders you if you try to hop around it or experience it too fast. Outside of the puzzles though there’s very little to the game, with no secrets or unlockables to chase. The collage artstyle is fine but underutilized with only three environments and the soundtrack is so minimal and ambient that it makes the game feel even emptier. I doubt I could have seen anything to recommend about AYIM back when it released, and I definitely can’t at present.