I always like to have a game on hand that I can play for a few minutes in between other games. Caves of Qud was that for a long time (at least until I got good enough to spend hours on it), Hero of the Kingdom was perfect, and even hidden object games have filled the bill at times. Coffee break games are a fine and necessary tradition, and Shattered Planet makes a strong showing in the genre. There’s no telling how long it will stay strong for you, but it’s worth diving into for as long as it does. 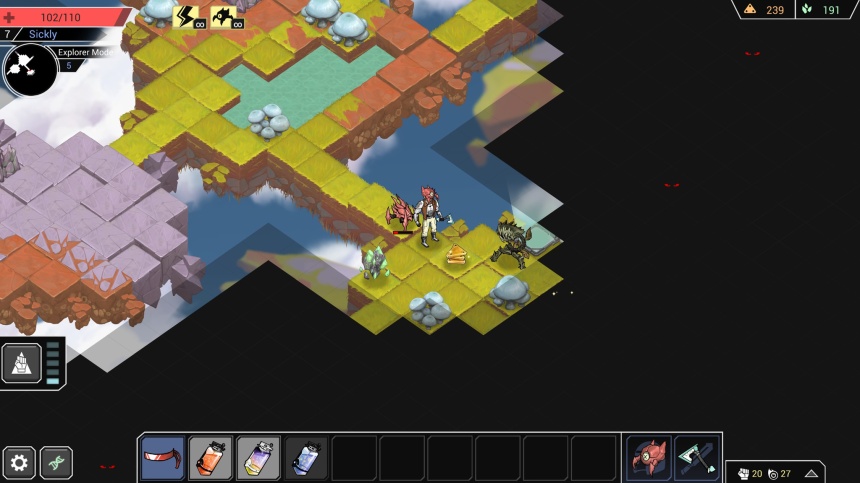 Shattered Planet has you investigating a planet that has, well, shattered. You beam down from your tiny survey ship onto randomized islands suspended in the atmosphere, and wander around looking for the teleporter to the next bunch of islands. Along the way you’ll come across alien life forms, strange liquids, bits of equipment, and all sorts of random events as you keep ahead of a blight that’s consuming what’s left of the land. You’ll keep chugging along until something inevitably kills you, only to be re-cloned back on your ship for another go.

During your sojourns you collect two kinds of currency, scrap metal and crystals, which can be spent on your ship. Crystals can generate random equipment (by default you start with nothing) and purchase pets to accompany you, and scrap buys consumable items and permanent upgrades to your class. There are five classes to unlock and over a dozen pets to capture and add to your menagerie so you have plenty of options for making each run a little different. 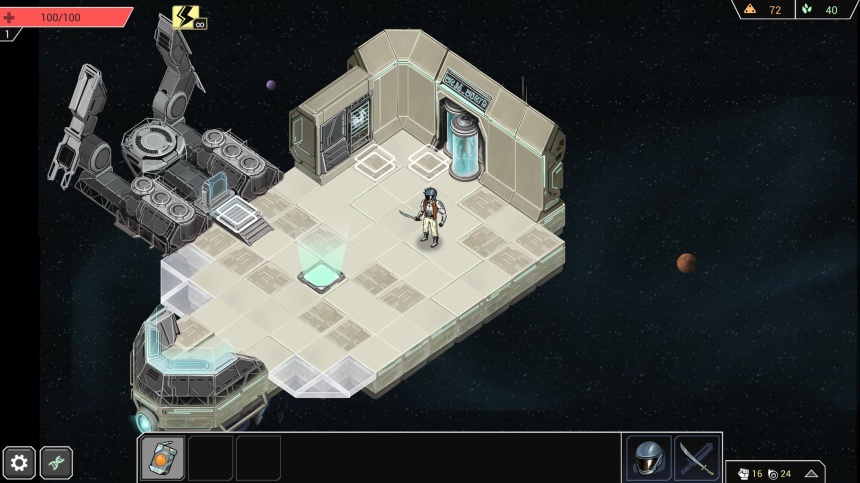 Gameplay-wise, it’s a lighter version of very traditional roguelikes. You navigate along a grid by turns, bump into enemies for melee combat, and use the scant items you find to survive as long as possible. Equipment isn’t a common find in Shattered Planet (since you can generate your own on your ship) so the main finds on your expeditions are going to be vials of liquid. There’s maybe a dozen of these, all different colors, and their effect is randomized and hidden every run. Some might heal you, some might poison, some might permanently strengthen, and some might explode. This is a holdover from classics like NetHack where you had to experiment with unidentified items but here it’s just a pain, because it means the first vial of each color you find is either going to be wasted on testing or gambled on yourself. Another holdover is the blight, which functions like a timer on each level as it consumes tiles, but serves no real purpose because within the limited mechanics there’s nothing to exploit by hanging around for too long.

There’s a multitude of biomes to explore, each with their own indigenous life and random events like haunted tree stumps and angry natives. Every time you encounter something new it gets added to a codex of the game’s content, and at certain discovery milestones you get rewards. This is the real progression of the game, filling out this codex, and I admit it can be tempting to push on for another run or two when you just have a few discoveries left to the next level. However, this is the ONLY progression in the game. There are no bosses, and no end to the main Discovery Mode, so your enjoyment of Shattered Planet is going to last as long as your interest in finding new things is. 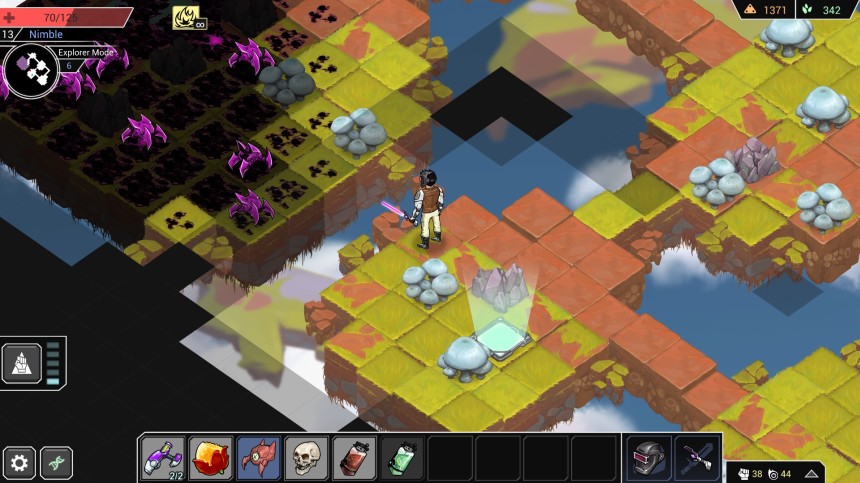 You do have a few options besides Discovery Mode, like the daily challenge with fixed equipment and the three scenarios that task you with specific objectives. They extend the lifespan of the game, but only so much. It’s a bit of a cheap-feeling game as well, with stiff vector graphics animated in Flash style and a pretty limited spread of enemies to face. The sound design is fine, especially the music which fits the coffee break chill of the game perfectly. Shattered Planet doesn’t aspire to much but does what it does well, and as long as you keep chasing the game’s secrets you’ll have a fine time with it.