A third-person horror game at a time when Silent Hill was faltering and Resident Evil was turning into its ridiculous movies got a lot of people excited. Alan Wake had a lot to live up to, and it’s hard to say it didn’t deliver. While it’s not a perfect fit amidst that pantheon of horror, it does enough right to be listed as a classic of the genre. And that’s not even considering its technical achievement of being one of the best console ports in history. 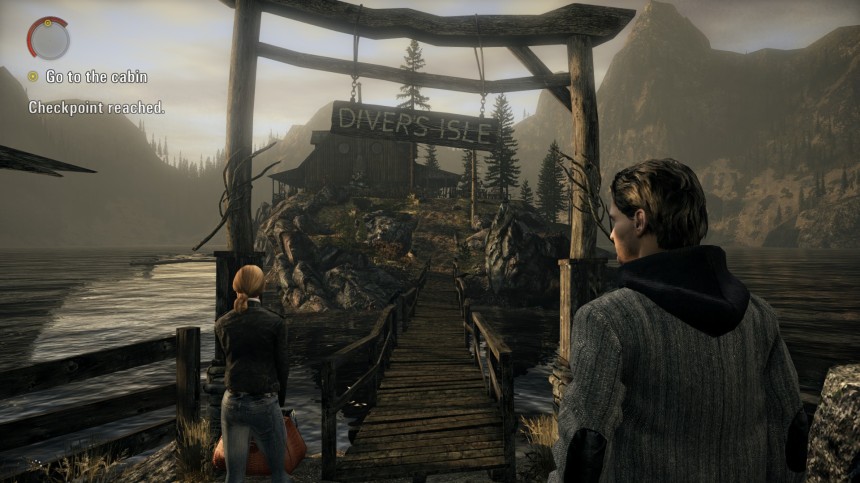 You take on the role of Alan Wake, a successful novelist who has retreated to the remote mountain town of Bright Falls to recover from a nasty bout of writer’s block. Bright Falls is one of those eclectic American towns of myth, where throwback diners and curious old ladies and traditions like DEERFEST mask a deep darkness lurking below. That darkness seizes Alan’s wife Alice in a pretty intense haunted house sequence, and sets in motion his journey across backwoods Americana to uncover the truth.

Right up front I want to give special attention to the story and the writing, because it’s one of the few games (or pieces of media, really) that lifts from sources like Twin Peaks and Stephen King while still maintaining its own voice. Weak story or writing could sink a game like this, but Alan Wake’s colorful cast of characters come alive with solid voice acting, meaningful interactions, and some absolutely endearing personalities. Take Barry for example, Alan’s weaselly agent who ends up trying his hardest to battle evil while wrapped in Xmas lights and carting a cardboard stand-up of Alan. 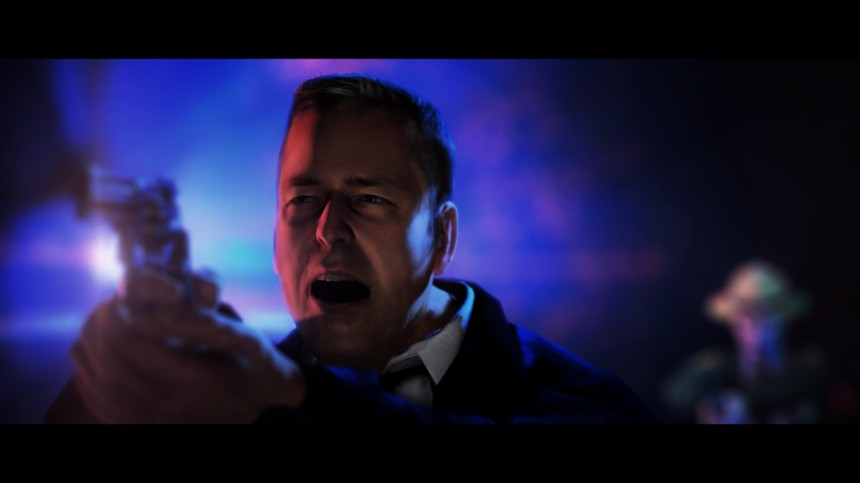 This also extends to Alan himself in a big way. He narrates the entire game in a style wonderfully reminiscent of Stephen King, pulling out anecdotes and metaphors at every turn, but with an earnest gravity to the proceedings. As you progress you’ll find pages of a manuscript that bear more than a passing resemblance to the events you experience, and these are cleverly written to contain several surprises and twists. The story itself does an excellent job toeing the line between actual evil and insanity, and winds to an interesting and well-earned conclusion that satisfies while leaving some loose ends to muse on.

A good story can’t save bad gameplay, but Alan Wake delivers here as well, even if it doesn’t quite measure up to the narrative. Your enemies throughout the game are wreathed in darkness that renders them invincible. Armed with both guns and a flashlight, you dispatch these foes by burning off their darkness with the light, then gunning them down. It’s a more engaging system than straight combat, supported by a variety of enemies large and small, and weapons that can help bring down tough groups or single opponents. There are other encounters, however, that depend entirely on your flashlight to combat and these can get pretty grating after awhile. You might also find yourself burning out on the combat a bit after hours of the same flashlight-to-gun chains. 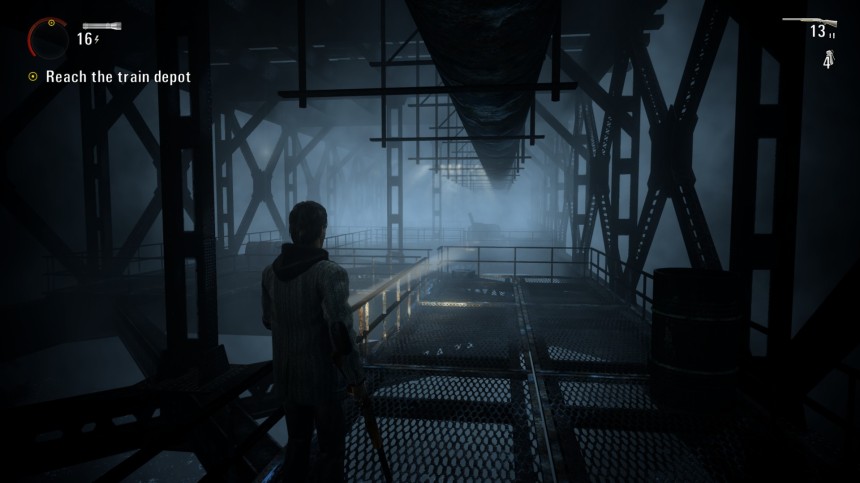 Pacing is the only real strike against Alan Wake, but it’s a big one. The first few hours of the game are spent in dark forests, running through thickets and clearings to the next abandoned building. It’s nice and creepy at first but this lasts for hours, way longer than it has any reason to. Once you get back to town the pace picks up a bit and sees you battling through a better variety of locales, but you still might find yourself in each for a bit too long. I beat the game after 14 hours, and I think it would have been a tighter experience at 10 or so. I might as well say now that you shouldn’t expect too much horror from Alan Wake either. The locales are plenty creepy but the game has a bad habit of setting up excellent surprises with its enemies, then spoiling them with forced cutscenes showing where they’re coming from.

As long as those few missteps don’t trip you up, Alan Wake is a fantastic experience. The story is clever and engaging, the combat is smooth and responsive, and the whole thing looks great even years out from release. Remedy somehow assembled a near-perfect port, from flawless graphics options all the way down to comfortable keyboard/mouse controls. You’re sure to be impressed on the technical side, and there’s plenty to keep you going as you unravel the plot. Alan Wake has become a classic for me, polished and competent enough to stand among Silent Hills and Resident Evils for action and spooks alike.