Review: The Last NightMary – A Lenda do Cabeça de Cuia

I always get excited when we get horror from unexpected places. Zombies and vampires and long-haired Asian girls have pretty well run their course, but when was the last time you encountered a creature from Brazilian myth? The Last NightMary is just such a tale, pitting you against a bulbous, scampering thing in a deadly race against time. And just like a lot of races, it’ll be over before you know it.

You play a young woman named Mary, fresh off a troubled past and now stuck in the wrong place at the wrong time. The entire game takes place in fields of tall grass by a river and the one dilapidated shack out there, all of which factor into the story of the thing chasing you. I’ll keep it vague but there’s a thing you need to do to keep it from killing you, and it’s steeped in mysticism you’ll need to collect a handful of notes to understand.

The Last NightMary plays like a first-person adventure game. Each scene can have elements to look at, items to take, and points to use those items on. However, much of your time is going to be spent scrambling around the fields, which form a maze of very samey clearings with the occasional point of interest. The one structure in the game is only four rooms as well, so in the end you’re not going to be finding much to puzzle out. As a matter of fact I think there’s only 10 or so items in the whole game. Also, I’m going to avoid spoiling anything about the monster but its effectiveness is short-lived once you puzzle out the simple mechanics behind it.

You might be thinking this doesn’t sound all that great, and indeed I was on the fence about recommending this game. The Last NightMary was the product of a game jam and it shows, being easily beatable in 20 minutes even on your first attempt. And yet I stuck with it for longer, poking into the details and corners and finding little secrets there. There are a mess of endings depending on what you find on your way to the conclusion, and a secret ending that takes plenty of effort to get but will please the Silent Hill fans in the audience.

The art is perfectly serviceable for a game of this scope, especially the monster which manages to unsettle in his aggressive loping. The sound design helps with the proper horror moments, thanks to some clever tracks and well-placed stingers. Again, it’s an incredibly short game with few hurdles to clear, but I enjoyed my time with it. There’s more to unpack if you start delving into the many achievements, and even if you don’t it’s a fun, sometimes tense ride the first time through. Any horror fan looking for something new will get some mileage out of this lean little tale. 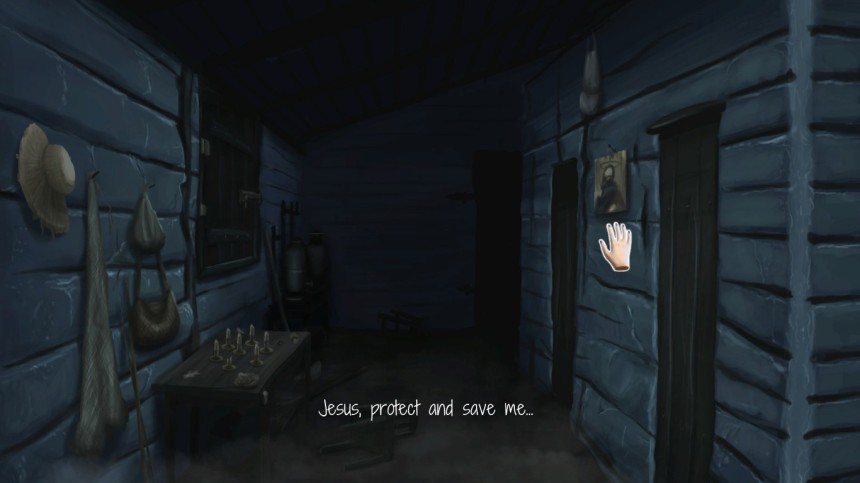