It’s a shame modern games don’t really have the kind of modding scenes older FPSes did. The Half-life games in particular spawned some quality mods and conversions across quite a few genres, horror included. Cry of Fear is just such a project, with so much work put in that it’s barely recognizable as a Half-life mod save for the familiar movement mechanics. And while it may have some rough edges, you might be surprised how spooky this one can get.

You play Simon, a hoodied inhabitant of Stockholm, on his way home for the night. Through a mysterious and sudden event, he finds himself roaming deserted streets and buildings while assailed by nightmarish figures. Using the few meager weapons you find, you’ll have to battle through the countless monsters to reach whatever lies at the end of your journey. 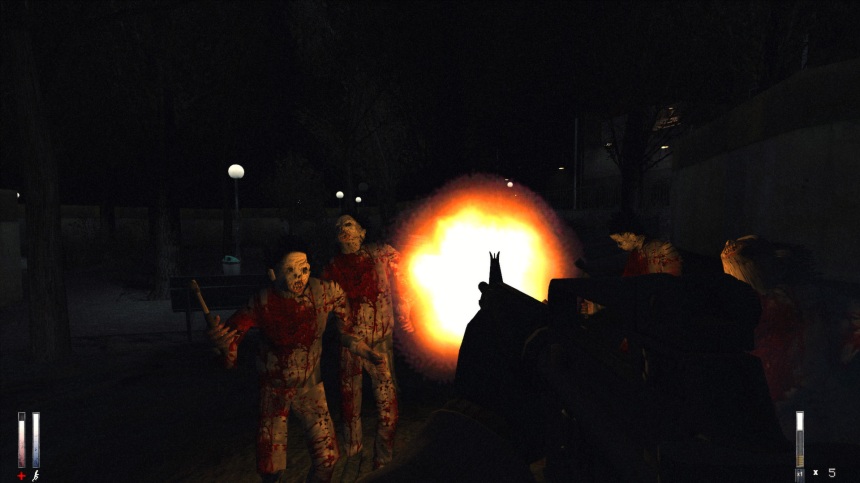 In contrast with most first-person shooters, Cry of Fear has you fighting small handfuls of enemies with a very limited arsenal. During the first hour of the game, you’ll have naught but a pocket knife and a weak pistol to guide you through. It’s enough to overcome the mostly melee-focused monsters in your way, especially since you tend to encounter them one at a time. There’s also a stamina bar used for dodging that’s going to get a lot of use, because you’re soon going to find there’s only one good way to fight monsters in the cramped quarters of the game.

I give Cry of Fear credit for crafting environments that look very much like real places, but this is one of those times where realism eats into the actual fun. Real-world alleys and hallways are VERY narrow, cutting off a lot of tactical options. Most of your encounters are going to be in tight hallways where you can’t get around or past your foe. This leaves you doing the old duck in, stab, duck out shuffle for virtually every creature you come across. It’s not quite as easy as it sounds but it can get very tedious very quickly.

Despite the flat combat, the inhabitants of the game do a fine job of spooking you. There’s a wide variety of horrors to battle, from eye-gouged murderers to spike-armed puppets and all the way to flying hospital bed monsters. They’ll often come screaming at you from down a dark hallway or behind a door they just smashed down, and I had a few good jolts from them including the ones I kinda knew were coming. Cry of Fear’s horror is very shock-centric, with herky-jerky creatures barreling out of the shadows and disembodied heads screaming at you in the cutscenes.

It’s not just monster mashing, either. You’ll come across a number of puzzles, each one more grounded than hunting crests and some of them actually being pretty clever setups, like hacking a PC cafe terminal for a padlock code. There are also keys, health syringes, and other important items to collect and keep in your mostly unnecessary inventory screen. This screen lets you assign items to your three paltry hotkeys and use things like keys on doors, but honestly the game would flow a lot better without it. The game would also flow better with less backtracking in some of the larger levels, like the nigh-endless apartment complex. I also have gripes with the monsters sometimes glitching out and doing no damage, and the bosses being pretty underwhelming and a bit sloggy. 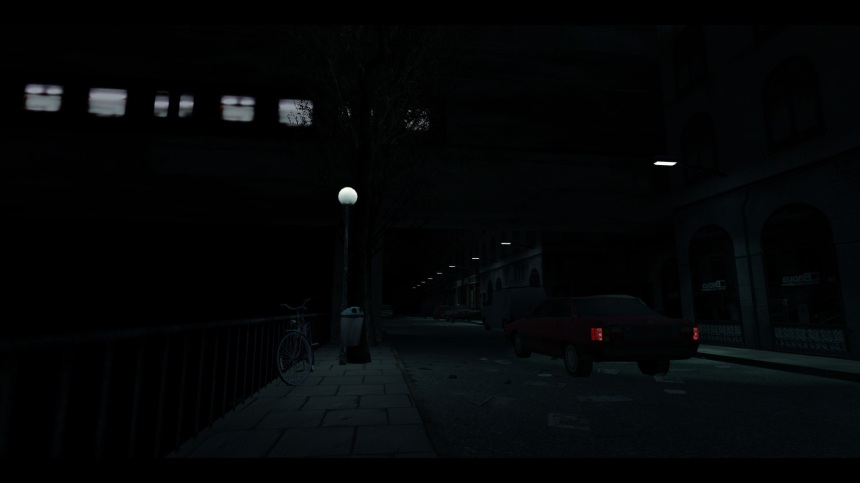 Honestly though, I’m prepared to forgive all that for the excellent atmosphere and craftsmanship that went into this game. What you’re getting is like a looser, less-polished Condemned, right down to the melee focus and decrepit setting. The dark, cramped, detailed levels establish a very grimy, oppressive feel that lends terror to the already freaky enemies. The soundtrack takes cues from Silent Hill in the best ways, going for grinding, pounding songs and effects when the action peaks. It’s a long, long game as well, so if you’re digging the grunge feel and stabby combat, there’ll be plenty of it, and that’s not even touching the custom story and co-op support. Cry of Fear trips on a few fronts but still clears the bar for an excellent horror game, thanks to some choice atmosphere and amount of content.