I missed out on a lot of classic adventure games by not returning to PC gaming until the late 90s. The Gabriel Knight series was one that I missed completely, which makes me doubly thankful for remake efforts such as this. Through a fresh layer of polish, it’s very clear to see why Gabriel and his cohorts were so widely acclaimed in the genre. However, it’s also clear that this remake might not be the best way to experience the series. 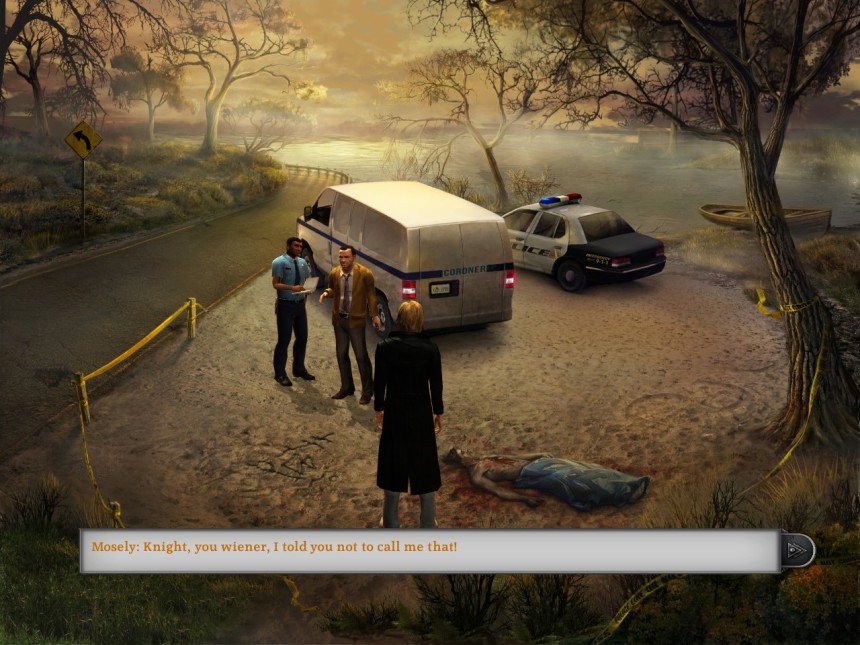 Gabriel Knight, if you’ve never met him, is a bookseller and aspiring novelist in the French Quarter of New Orleans. He’s a listless Lothario, a fact that his charming assistant Grace and punchy police pal Mosely are not hesitant to harp on. Despite his appearances he soon becomes entangled in a murder investigation that leads into the darkest corners of New Orleans, where voodoo and ancient curses hold sway. There’s an interesting mix of historical and kitschy voodoo to delve into, which helps give the game a more grounded feel even when things start getting crazy.

Unraveling this mystery is done in the grand old tradition of classic point-and-click adventures. You can travel by map to a number of hotspots around the city, each with features to examine, items to pocket, and colorful characters to question. It’s important to note, though, that this being a traditional adventure means there’s some antiquated design to contend with. Puzzles are logical and items have real-world uses, for the most part, but identifying exactly where or when to do something isn’t always clear. In fact there are more than a few points where you’ll find yourself wandering aimlessly because you need to stumble across an unforeseen event to progress. The remake does try to punch up the gameplay past traditional pace, though. There’s not a lot of clutter in these scenes so important elements are usually easy to pick out, and dialog options that move the plot forward are highlighted for uncultured knuckle-draggers who don’t want to bask in the game’s fully-voiced dialog.

I’ll be honest, I wasn’t sold on the voice acting at first. It’s a big deal for Gabriel Knight; even without playing any of the originals myself I was aware that the cast was remarkable. Whereas OG Gabriel was voiced by Tim Curry, remake Gabriel is someone I’ve never heard of, who effects a ridiculously thick Louisiana accent for every line. But it wasn’t long before he and the rest of the cast grew on me, assisted by the excellent script. Grace gets some vicious burns on Gabe throughout the game, Mosely pals around like a dopey high-schooler, and even some of the minor characters like Hartridge get incredibly memorable lines.

Between the entertaining dialog and the gripping story that steadily builds in intensity, there’s plenty of reason to work your way through the old-school puzzles. However, the remake is marred in a few ways that sometimes make it feel like a step even further back. The 3D models for characters are attractive but suffer from stiff animations, making them look more like Sims than people. You’ll also spot a number of glaring (and sometimes hilarious) bugs like heads spinning like tops and torsos contorting wildly. In dialogue both parties get animated portraits that are detailed, but move like rigged portraits… the effect is a little creepy and reminds me of the Begun of Tigtone, if you’ve seen that. You can skip dialogue by clicking but sometimes it only drops the voices, and continues animating silently. And if all that wasn’t enough, the thing has crashed on me a few times during long play sessions. 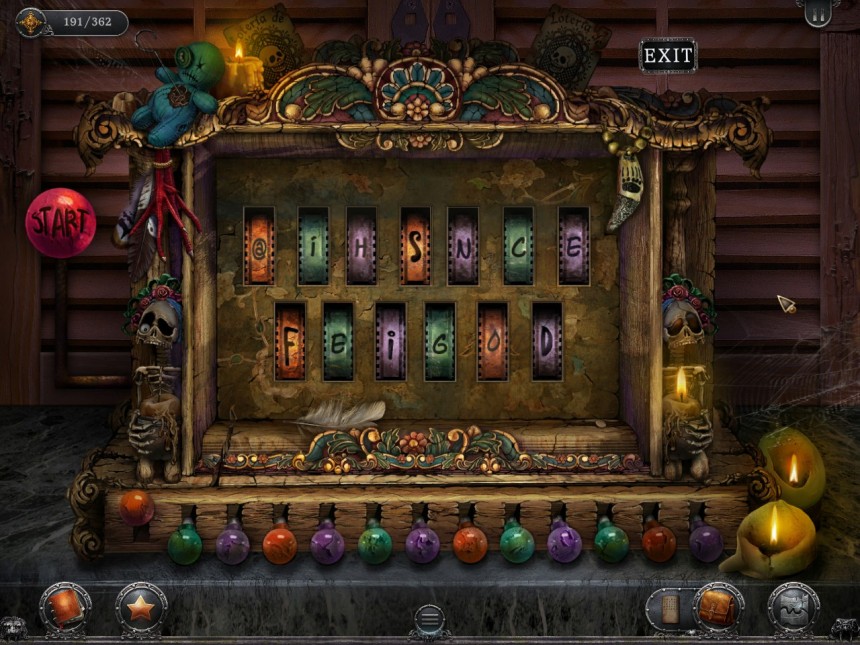 The bottom line is that Gabriel Knight – Sins of the Fathers is an excellent game that isn’t particularly well-served by this remake. And it isn’t in the ways you might expect, because the new voiceovers are great in their own way and the modern amenities really do help with the pacing. No, it’s just a technically weak product, beset by rough animations, visual glitches galore, and general instability. You absolutely should experience the game for its story, its moments of horror, and its contributions to the adventure genre. But as long as you’re not put off by pixel art and slower pacing, you might just be better off with the original.