There’s a particular style of game that seems to rub everyone the right way, and I’m not sure if it has a name or not. It’s that ultra-minimalist look found in REZ, Lumines, and Chime, lots of right angles and primary colors, attended by a light-electronica soundtrack and synthesized voice. Everyone loves it for some reason, maybe because it feels like a friendly sort of futuristic. EDGE is another puzzle entry in this unnamed genre, but it does a lot more than just ape a popular aesthetic. 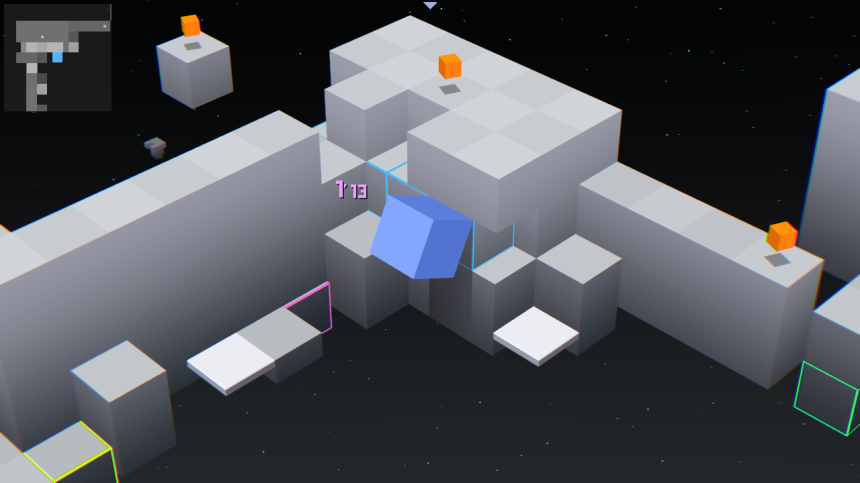 EDGE is so named because you control a perfect cube, pulsating with color, that rolls around on its edges. This isn’t the imprecise flailing of Gravilon or square golf balls in Golf With Your Friends, this is precision movement across a grid of blocks suspended in some vast void. Holding the arrow key in a direction makes the cube tilt that way, and holding it long enough will make it tip into the next grid space. Your cube can tilt up elevations equal to its height this way as well, allowing you to scale stairs. Feathering the button lets you balance on your edge and rack up Edge Time, a bonus scoring mechanic that can also save you if a platform drops out from under you.

This tight control scheme is the cornerstone of EDGE, because the sprawling levels will assemble all manner of paths, tunnels, platforms, and obstacles to navigate. Some might have you following a one-block-wide path, some might have you flipping to and from speeding platforms, some might have you tumbling across falling blocks, and so on. There are even some complex scripted level features like robots and trains formed out of the moving landscape. Each level has a theme to match, and it is always presented in some recognizable way using the basic two-tone blocks that comprise everything. 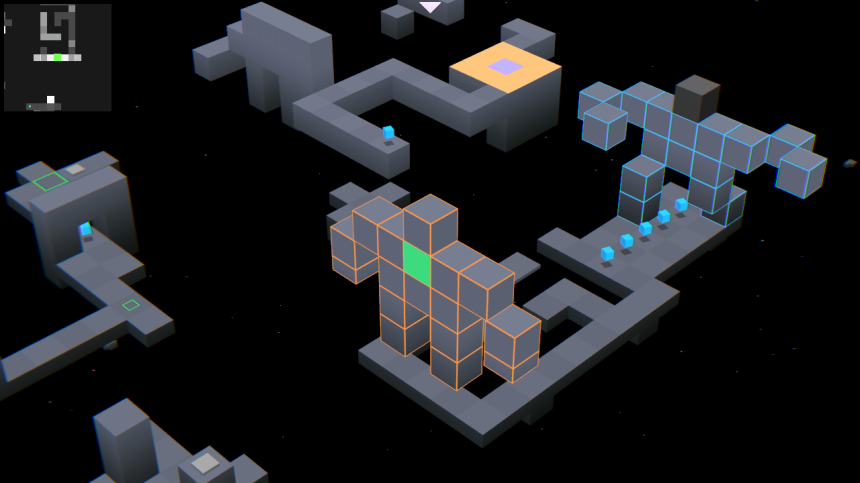 You’ll come across a number of colorful prisms in each level as well, which factor heavily into your scoring. Time is another factor, as is how many deaths you racked up. You can die, in a sense, by plunging off the side of a level. Sometimes this will be because of a flip in the wrong direction, other times it will be because an obstacle shoved you into the void. Regardless of what gets you it will happen often, but you lose very little thanks to the copious checkpointing in each level.

It’s a simple premise, but the execution elevates it to something special. EDGE is polished to a mirror shine, with sharp graphics, a pumping soundtrack, and lovingly-crafted levels. There’s around a hundred of those levels to get through, and the challenge is steep enough that it’ll take you quite a few hours even without locating all the prisms. And mastering the movement of your cube is extremely gratifying when you finally start pulling off complex flips across harrowing hazards. After just a few levels you’ll see why EDGE deserves to be counted among those classic games I mentioned above, and its look and feel are the least of many reasons.