The first-person shooter genre is built on the backs of giants, and few are as big as the Quake series. It was the first fully-3D shooter success story and helped kick the online multiplayer scene into overdrive. We’re a long way out from the golden age of iD Software, but their titles have incredible staying power thanks to solid fundamentals and vibrant modding scenes. The original Quake is no exception, but as I’ll explain, you may want to consider your options before picking up this particular version. 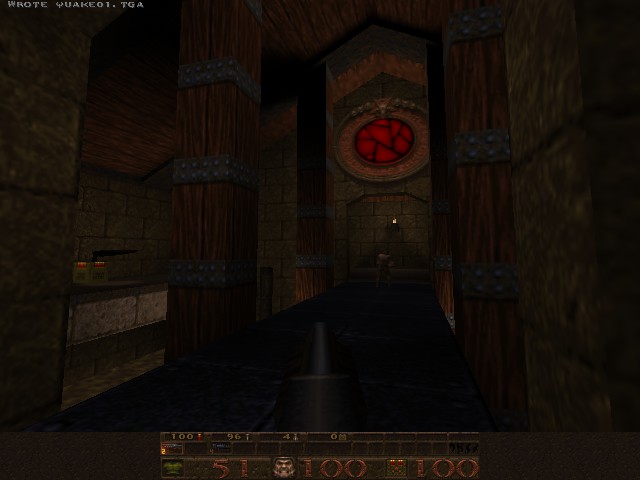 Quake technically has a plot, but it was literally one type-written page in the jewelcase-insert manual. Government makes portal thingies, demon thingies come out of portals, you kill demons with gun thingies. In practice this means four episodes of gruesome treks into ruined bases, medieval castles, nonsensical hellmazes, and twisting eldritch architecture. There are a lot of elements to laud about Quake but the one I’m really going to harp on is the feel of it, because it’s one of the best cosmic horror FPSes to date outside of the literal Lovecraftian ones like Call of Cthulhu and Eldritch. Levels are tightly-designed labyrinths of decaying arches and gothic spires, impossible woodwork and ageless caverns. The modeling detail and texture work really drives home the atmosphere of ancient, neglected places full of unspeakable things, and the dated, chunky graphics actually help the unearthly feel.

Then of course there are the unspeakable things trying to kill you. Quake features a refreshingly diverse cast of beings to forcibly disassemble, from corrupted marines to bloodthirsty knights, self-dismembering zombies to spider-legged horrors. The key here is that they cover the standard enemy roles in unusual ways, the Ogre being the prime example of this. One of the most common enemies in the game, he’s armed with a heavily-damaging grenade launcher and an even nastier chainsaw. This wouldn’t really fly in a lot of games, but the combination of high movespeed and effective weapon variety means you’ll always have options in combating him and avoiding his brutal damage entirely. 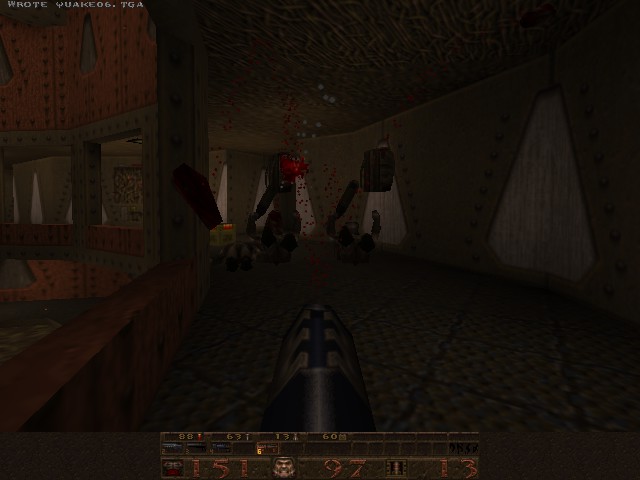 It’s these player elements that make Quake feel like a bridge between Doom and the modern era. You avatar still darts around levels at inhuman speeds, allowing you to weave between foes to spark infighting or bait melee attacks. Your freedom of movement also lets you seek out the many secrets of every level, often hidden in ingenious ways. The weapons are a good spread of utility but without any real stand-outs like the BFG of old, giving you an effective if not exciting arsenal to dispatch your enemies with. There are some creative interactions, at least, like zombies only being killable with explosives, or the lightning gun killing you (and everything else) if used underwater.

The ironclad fundamentals of Quake make it a timeless classic that still holds up to this day, even discounting the incredible multiplayer or soundtrack (an original Trent Reznor creation!). And you will need to discount those if you pick this version up, because they’re not included. The Steam version of Quake lacks the CD soundtrack, and features four outdated executables for the game. Two of these are old Quakeworld multiplayer-only clients that are now defunct. The other two are ancient versions of winQuake designed for Win95 that may not run on your system at all. The unfortunate truth is that Quake might not work for you at all out of the proverbial box. There are plenty of source ports that WILL work if you download them, as long as you own the official game, but understand that modding may be your only option to enjoy what you’re buying. 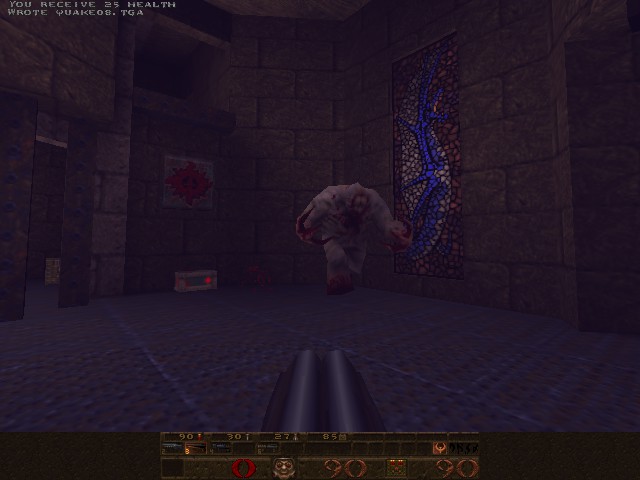 In the end, what I’m saying here is that you should own Quake and you should play Quake, but this version isn’t necessarily the best way to do that. A retro-friendly storefront like GOG is more likely to have one that will play without any fiddling, but all the same you should be prepared to mod Quake if you want the most out of it. I don’t normally speak of modding in my reviews but this is one of the rare times it’s a necessity, especially if you want to dip your toes in the multiplayer. I assure the hassle is worth it, because Quake formed the foundation of FPSes for good reason, and even now it’s a unique and thrilling experience.