If you’ve read my Port Royale 2 review, this one is going to look very familiar. The Patrician series is quite a bit older, actually, with this installment originally appearing in 2000 whereas the original Port Royale appeared in 2003. While both allow you to tool around the high seas and peddle your wares at exotic ports of call, Patrician goes quite a bit deeper into the social aspect, allowing you to grow far beyond your starting station as a simple merchant. 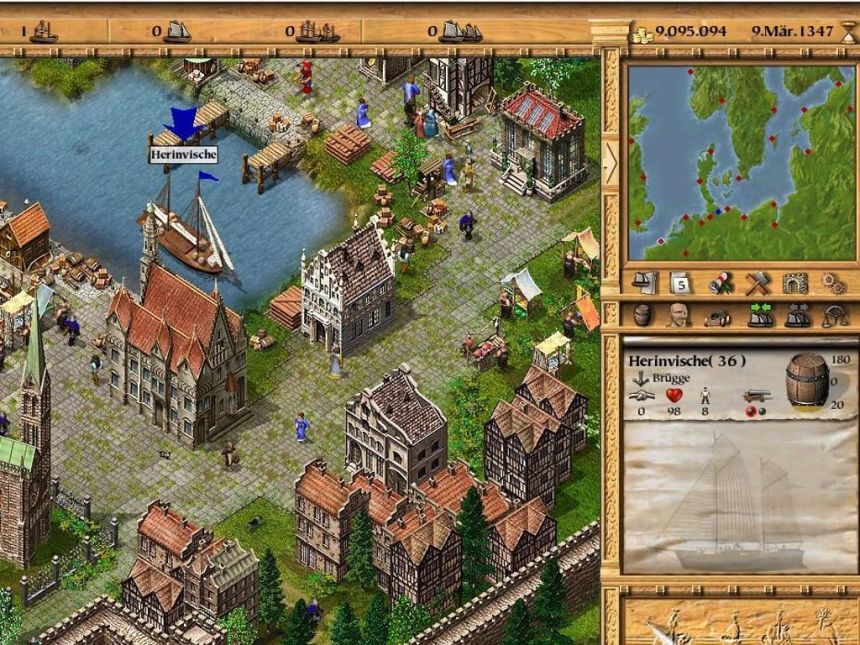 Your mercantile adventures will take you all over the 14th century Hanseatic League (which was around northern Europe and the Baltic Sea, for the historically impaired), to ports from London to Oslo. Travel takes place on a static map, from which you can move to detailed towns presented in a charming, isometric 2D view. At the harbors you can buy and sell goods to make your bones, but there are also tons of buildings in towns with various options. You can hire crew and meet informants in the taverns, check local politics and take contracts at the town hall, pray and donate money at the church, and even treat yourself to a nice bath at the bathhouse.

The meat of the game, at least early on, is the trading and it isn’t as simple as it looks. Each town produces certain goods and consumes all of them at a rate determined by the population and industries present, so it’s important to know the makeup of each one you want to do business in. Prices are also based on supply and demand so you can’t just run beer from the beer town to the drunk town because they won’t have drunk it all by the time you make your second trip. It’ll take some time to learn who needs what where, but if you’re invested in the game you’ll be making the big money in no time. 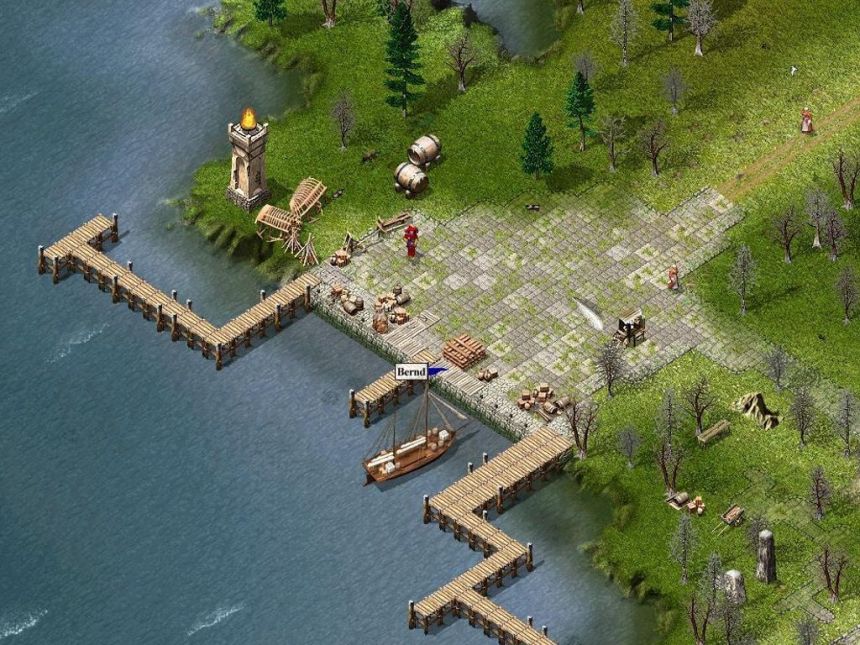 Once you’ve got a grip on trading and started to expand your operations, that’s where the game opens up in a way Port Royale does not. You have a reputation in each town that’s dependent on your trading and actions, but also on how you choose to support the town. It goes deeper than just building your own workshops and houses, because you can invest in the local economy, make donations and throw festivals, and eventually become part of the town leadership. Being elected mayor of a town opens up a whole new set of options regarding military forces and infrastructure, which is a compelling long-term goal to add onto such an open-ended game.

It may be a deeper game than most trading sims, but that also adds to the complexity and Patrician does not handle that aspect very well. A lot of key factors like your reputation with a town are hidden from you, conveyed only in vague qualitative terms. It can also be hard to understand some of the unique tasks you can take on. I agreed to marry and was instructed to stock my warehouse for the wedding festivities, but nowhere did it explain what goods I needed for the celebration. Some events can also cause you major setbacks if they affect your standing in important towns.

All of these elements combine to give Patrician a steeper learning curve than most sims, though it’s an understandable price to pay for the additional complexity. It’s a game that you have to commit to learning and making mistakes in a way that Port Royale is not, but the potential payoff is a lot greater. The presentation only helps draw you in, with lovingly rendered towns and citizens and a pleasant, understated audio setup. In the end I might be more of a Caribbean man, but I can’t deny that Patrician III is the deeper game, taking its trading game to impressive lengths.