Giant mechs have always been a staple of gaming, from BattleTech all the way to Titanfall. The greatest entries in this armored pantheon usually had a talent for making you feel the weight and power of your mech as you stomped on tanks and lobbed mortars into other less fortunate mechs. The less great entries treated their subject more like a regular shooter that just happened to be huge, taking a more arcadey approach to enormous metallic combat. That’s where you’ll find Gun Metal, a dated offering in the mech genre that doesn’t offer much beyond the most basic stomping, flying, and shooting you’d expect from anything involving giant robots.

I know there’s a story in here somewhere, but unless you’re super stoked about sitting through early 2000’s budget CGI you’re probably going to skip it. I’m pretty sure you’re on another planet, judging by the space dinosaur farms, and you’ve got some colonies that bad guys want to explode. Fortunately your side has pulled ahead in the giant robot arms race with the Havok Suit, a Macross-style transforming robot fighter jet that packs more firepower than everyone else on the planet combined. With plenty of guns and mobility at your command, it’s up to you to save a bunch of presumably good guys from the presumably bad guys.

Every one of the game’s 14 missions drops you into an open map of fields, hills, valleys, and mountains to navigate in your transforming suit. Objectives can range from search and destroy to defense to the dreaded escort, but no matter what the briefing tells you your job is to destroy every enemy you see. Your suit is equipped with machine guns and homing missiles, and as you progress you’ll unlock additional weapons like flak cannons and lumbering torpedoes to help with heavier enemies. Robot form is ground-bound and slow but has shields, while jet form is faster through the air but takes more damage and can’t stop moving. Make no mistake, you’ll need both forms to take down the scattered targets in each mission. 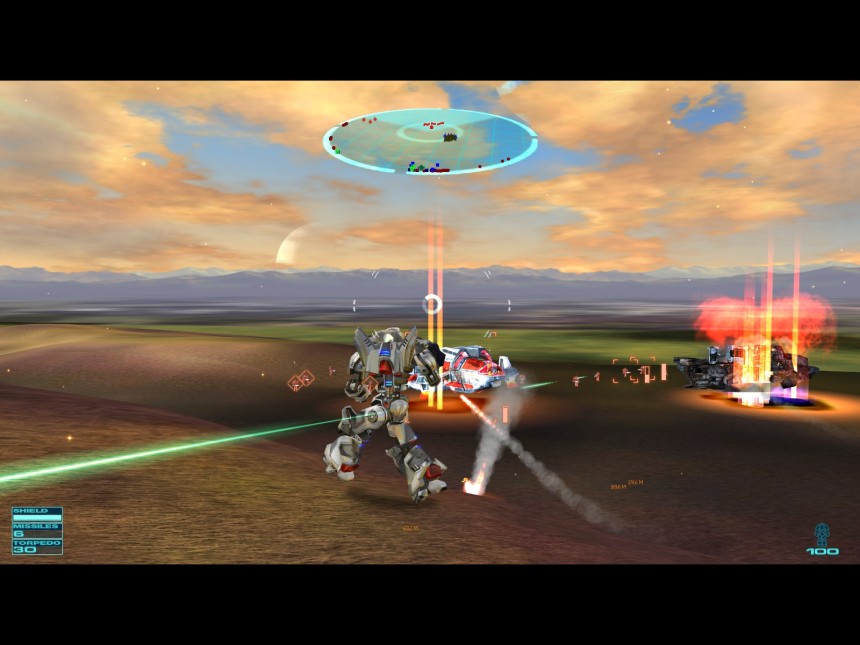 At first blush there’s a certain retro charm to crashing about and blowing up chunky sci-fi enemies. There’s not a lot of detail to them or the landscapes but you can stomp through farmland and coastal regions and river valleys as you blast foes. Aside from some super annoying lens flare when facing the sun the graphics are fine and the sound design does its job, but real fast you’re going to realize that what you’ve seen in the first ten minutes is about all there is. Like I said, objectives may change but you’ll always be blasting the same enemies, just in different locations with different levels of urgency.

It’s the retro design that ultimately drags this one down, despite the retro action being up to par. Some objectives are braindead easy and obvious, while others in the same mission might be borderline impossible unless you anticipate them coming up. The fourth mission has you defend a base until it powers up its weapons, which is incredibly simple using the jet to strafe waves before they get anywhere near the target. After 5-10 minutes of that you have to thwart a surprise attack on another base by four extremely heavy enemies. I saw this coming and started on it before I was instructed to and still failed, forcing me to restart the entire 15-minute mission. 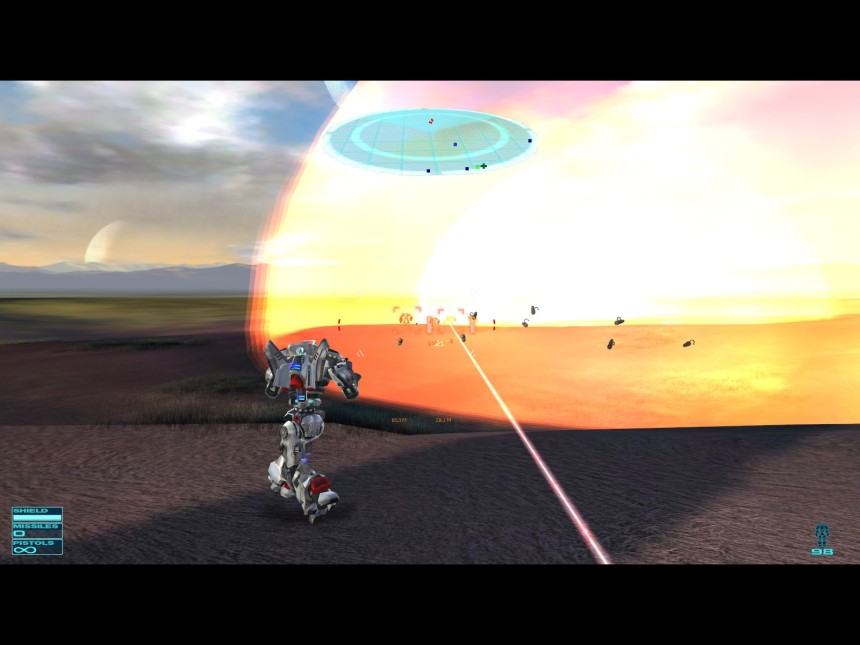 And that wasn’t even the escort mission. Other aggravations are sure to crop up, like how it’s impossible to tell what condition your mission-critical targets are or how there are no throttle controls for jet form or how you can’t really free aim in robot form. There’s very little feedback on hits or damage as well, so enemies can go from harmlessly plinking away to suddenly destroying you. The controls themselves will need to be remapped if you use a controller since this game predates most modern ones, and even then it’s kind of a pain to switch between your weapons or use your mobility to the fullest. It works, it’s just not great and can be a little annoying. And that’s Gun Metal in a nutshell, really, a competent shooter without much compelling about it, and with enough little annoyances to really limit its appeal.