I wasn’t really a Tropico fan until this one. The original Tropico had a lot of good ideas in its individual citizens and its banana republic politics, but it was held back by technical limitations and short-sighted designs. After an odd detour with Tropico 2, the developers returned to the original concept and polished it up in a brand-new 3D engine, and the results speak for themselves. 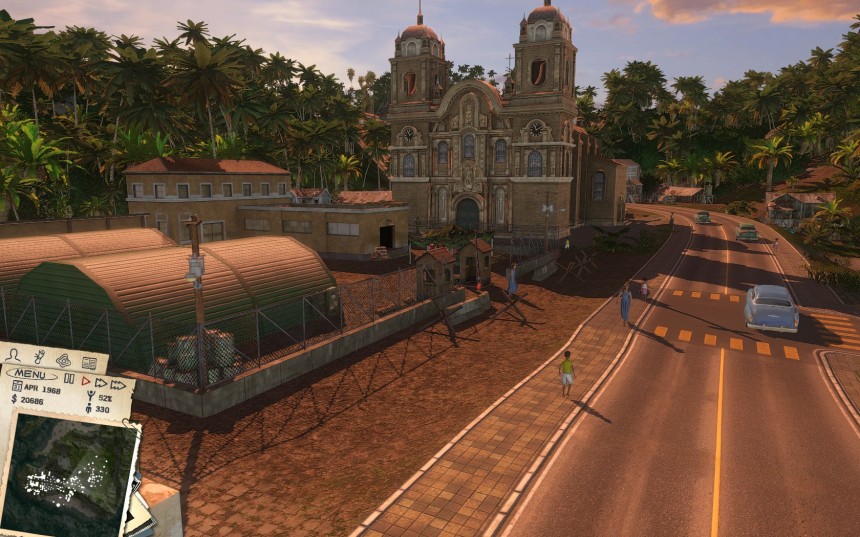 Tropico 3 places you into the spit-shined spats of a Caribbean dictator, charged with helping his hapless little island flourish. Each individual citizen is modeled with needs, jobs, opinions, and motivations, so the key to success is keeping enough of them happy (or suppressed) to achieve your own agenda. This is mostly done by building homes and services they want, and making sure they have enough money to enjoy them. You’ll be building churches, clinics, restaurants, casinos, and more, in addition to the farms and factories needed to fund them.

The big stumbling block of the first Tropico was that your little Tropicans couldn’t be trusted to actually get shit done when it needed to be done. That’s not a problem here, as your citizens spend far more of their time on their tasks and only go astray if their needs are very conspicuously not being met. And as it turns out, when your island is running like it should, the money just pours in. Even the most basic exports like excess food or meat will earn you everything you need to outfit your island. And once you get more complex industries up and running, money will never be an issue again. 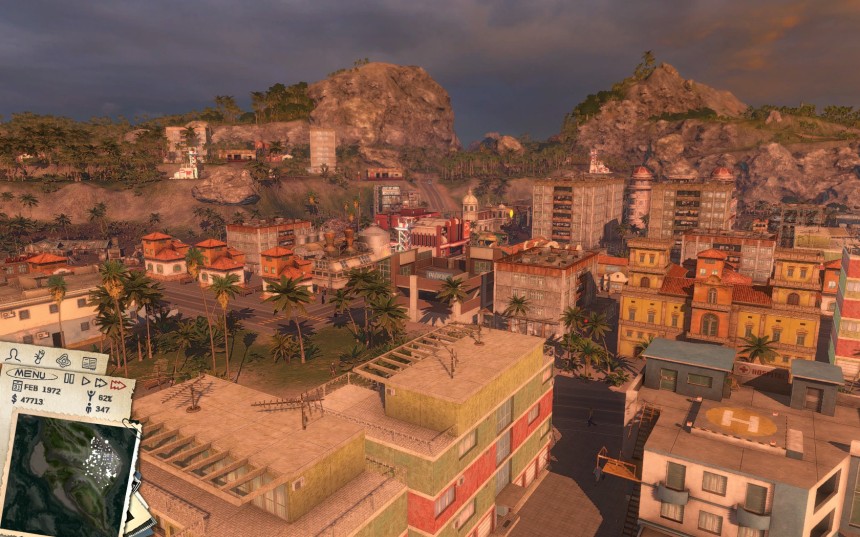 As a result, Tropico 3 is way, way easier than its predecessors and a lot of its contemporaries, but this is by no means a bad thing. Economic prosperity allows you a lot more freedom to build your island the way you want, with all the services and luxuries you can stuff into your borders. You’ll need them too, because your citizens are noticeably pickier than in previous games and won’t hesitate to turn to armed rebellion. Some scenarios lean heavier on this aspect but managing the different factions and quelling uprisings are a larger part of the game, as they should be.

One very welcome feature added for this outing is the opportunity to customize your dictator. Tropico 1 let you choose his or her traits but 3 lets you give them backstories, change their outfits, and then watch them walk around and interact with the people. You can actually use your little avatar to inspire workers to work harder or give rousing speeches to the commoners. The traits also seem much more powerful this time around, and honestly work as a sort of difficulty system. Taking traits that help with scenario goals can make a huge difference, but you can also choose flaws that add a greater challenge. 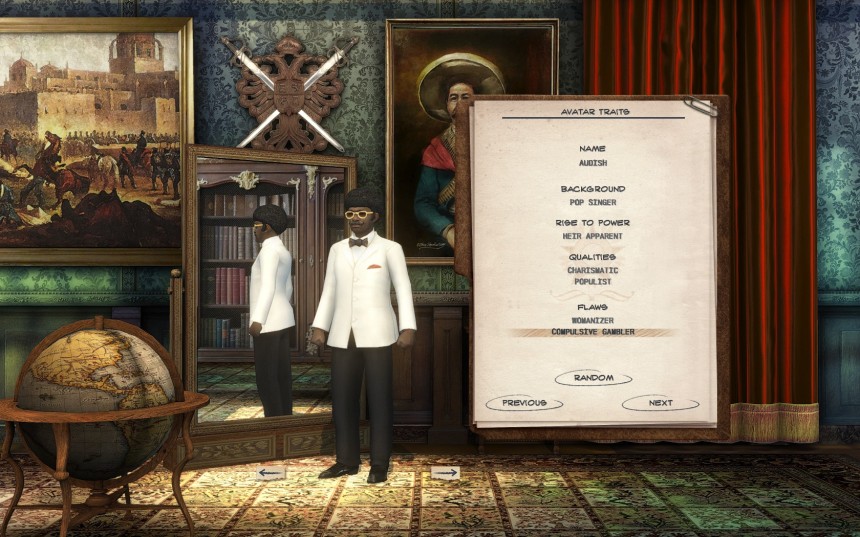 In the end, Tropico 3 is the game the first one should have been. The core mechanics are not very far removed; most of the buildings and edicts are the same, and the politics are virtually unchanged. But everything works the way it’s supposed to, is balanced to not be so frustrating, and is presented in some charming, picturesque 3D. There’s no reason to go any further back in the series than this, so if you’ve ever wanted to lord over your own tropical island, start here.