There’s a rare intersection where stealth, puzzles, and story meet, and that’s where you’ll find Gunpoint. It’s hard to nail down as any one particular sort of game, because it does all its constituent parts so incredibly well. Much like a good book, you’ll find yourself looking forward to every step of Gunpoint, even as you pine for the part you just came from. 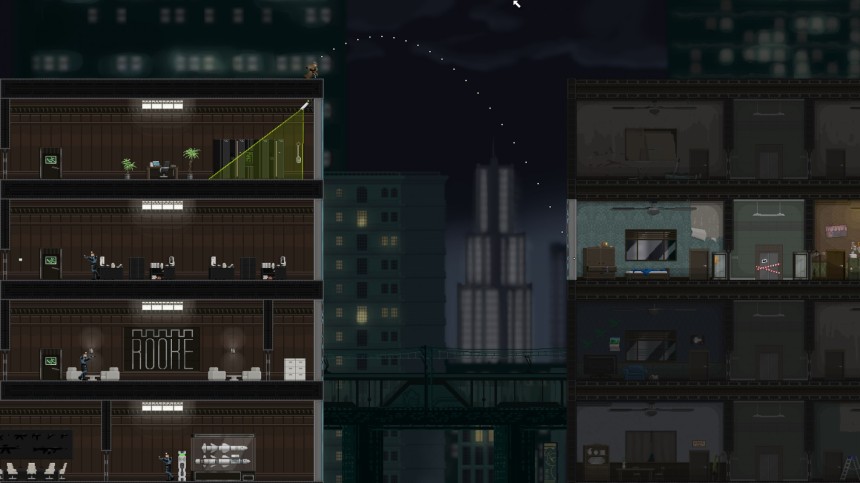 Gunpoint is the story of Richard Conway, a snarky freelance thief who specializes in corporate espionage. A fateful job lands him in the middle of a murder mystery with a surprising number of twists and side stories. Each mission sees you sent into stylish 2D high-rises to pilfer goods or information. There are guards to outwit and doors to unlock, mainly through your clever Crosslink system. Gunpoint lets you wire devices together to make them interact in unexpected ways, like a light switch unlocking a blast door or a trigger pull setting off a wall socket overload.

With the Crosslink at your disposal, levels become sprawling puzzles of networked electronics. You can create incredible chain reactions of chaos and diversions, allowing you to slip past security at just the right moment. A few additional gadgets give you greater flexibility in doing just that, like spring-loaded trousers, climbing gloves, door-flattening kicks, and more. Money earned from missions are used to upgrade your abilities, but levels are designed to be completed with any or none of the optional skills unlocked. 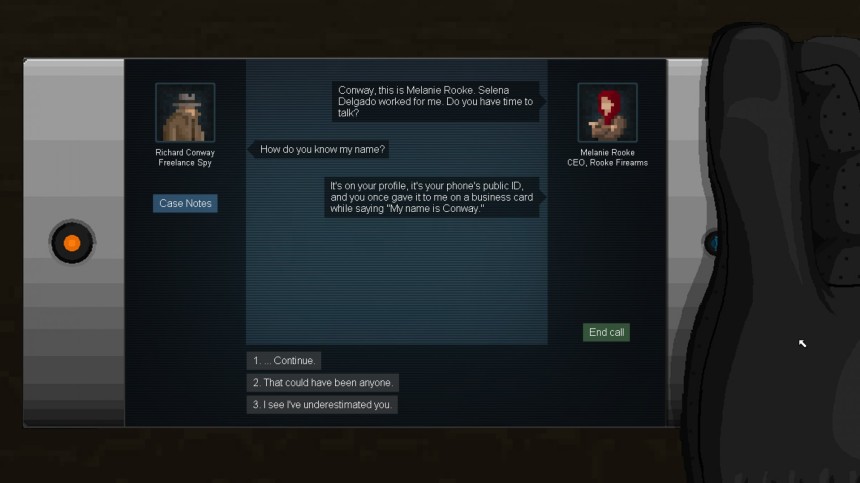 The core gameplay is plenty compelling enough, launching yourself through plate-glass windows and jury-rigging entire skyscrapers to your whims. But it’s the writing that elevates Gunpoint to an instant classic. Dialogues between Conway and his clients are snappy, natural, and endlessly entertaining. You get plenty of dialogue choices, split between realistic decisions and creative variations of the same responses. You’ll have every opportunity to tell your foes off or ingratiate yourself to the more sympathetic characters, and every branch is its own reward of storytelling.

All of this is wrapped in a delightfully detailed pixel package and a moody noir soundtrack. The menus smack a little of programmer art but that’s literally the only complaint I can level against Gunpoint. The story will last you about two hours but they’re some of the best gaming has to offer, and there’s Workshop support for user-created levels. I’m not saying anything about Gunpoint that hasn’t been said a thousand times before, but it’s worth my time if I help even one more person discover it. No matter what you enjoy about your games, you’re sure to find it here.