It’s almost funny to look back at the furor Gone Home kicked up when it released four years ago. Almost, because so much has changed over time that shows how much of that furor was baseless. “Walking simulators” are now their own accepted genre with subgenres within, visual novels have grown strong and popular with hardly a peep about their nature as games, and short narrative experiences have found a comfortable place in the market. Some of these developments wouldn’t even be possible without Gone Home specifically because its expert storytelling and design left such an impact, and those are the elements worth focusing on here.

After a year abroad in Europe, Katie Greenbriar returns to her family’s remote and sprawling house unannounced. No one is home, and an ominous note from her sister Sam is pinned to the front door for her. Within the many rooms and halls of the house are clues to the whereabouts of Sam and her parents, along with details of their lives that put them in a whole new light. As you guide Katie in picking through the secrets of her family, a story emerges that is both heart-wrenching and rarely matched in the gaming world. 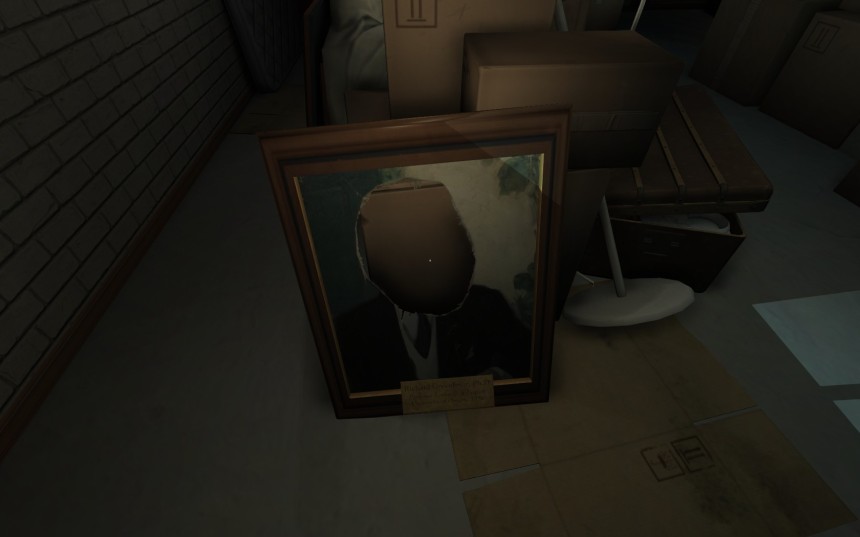 Perhaps that’s the most remarkable aspect of Gone Home, that even four years out few games have managed to match the emotional or narrative peaks that it did as an indie experiment. Every part of the house contains mundane objects like books, letters, photos, buttons, backpacks, and cereal boxes that tell parts of the story just by their presence. The house itself is arranged as a perfect microcosm of the family’s existence, illustrating the struggles of each member to find fulfillment in the world and acceptance in each other. It’s not just a story about the missing members or the great drama at the center of the tale, but about what it means to be a family and how hard it can be to simply coexist.

These are grandiose words about a game limited to wandering halls and picking up binders and cassettes, but that’s the beauty of it. What other games accomplish through scripted cutscenes or professional voice work or extensive journal entries, Gone Home accomplishes by putting an invoice in a trash can. You don’t need someone explaining the pathos of being a confused teenager, you get it by witnessing the place where those conflicts played out. It’s environmental storytelling at its best, with virtually every postcard and pencil placed where it’ll mean something to the overarching narrative. And this emphasis on having the right elements in the right places only makes the actual notes and journal entries that much more poignant. 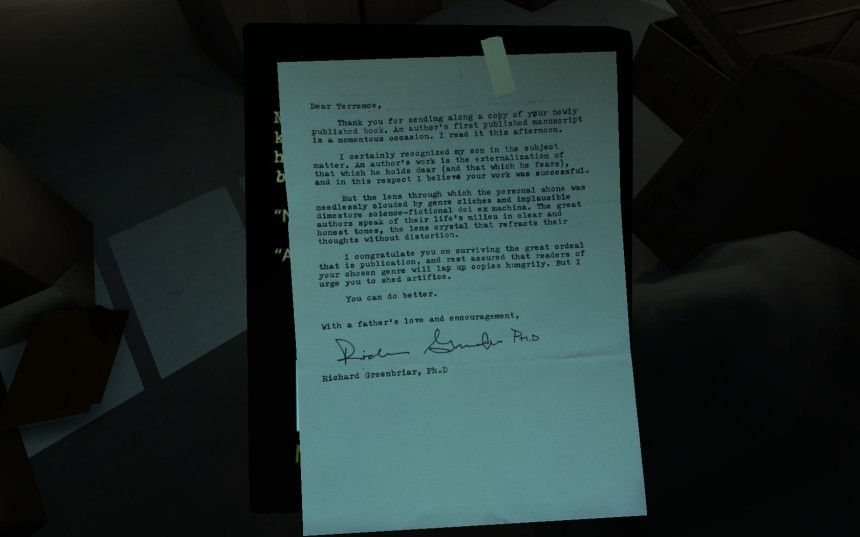 As you discover key pieces of the central plot, your sister Sam will narrate in a terribly earnest and relatable way. I imagine the closer you are to being a teenager the more it will resonate, and for anyone who survived high school in the 90s this game will be like a time capsule for you. Much like Scott Pilgrim, Gone Home is aimed directly at a specific generation of kids who remember Trapper Keepers and Street Fighter II on the SNES. Being an American in your 30s and wistful for your youth isn’t required to appreciate the game, of course, but some of the specific notions and insecurities of being a 90s kid immersed me in the experience more than sharp graphics or surround sound ever could.

This isn’t going to mean anything to folks unwilling to invest in the story, though, and I imagine that’s where the most virulent objections to the game arose. Even taking your time picking through the house, you’re unlikely to get more than two hours out of Gone Home and that’s going to be exclusively walking, reading, and examining. There are no puzzles aside from three combination locks in the house, and the clues to overcoming those little roadblocks and the few locked doors there are can’t really be missed. You really need to show up for the story and dig into it (which shouldn’t be a problem ’cause like I said, it’s really good) because this is a purely narrative experience. 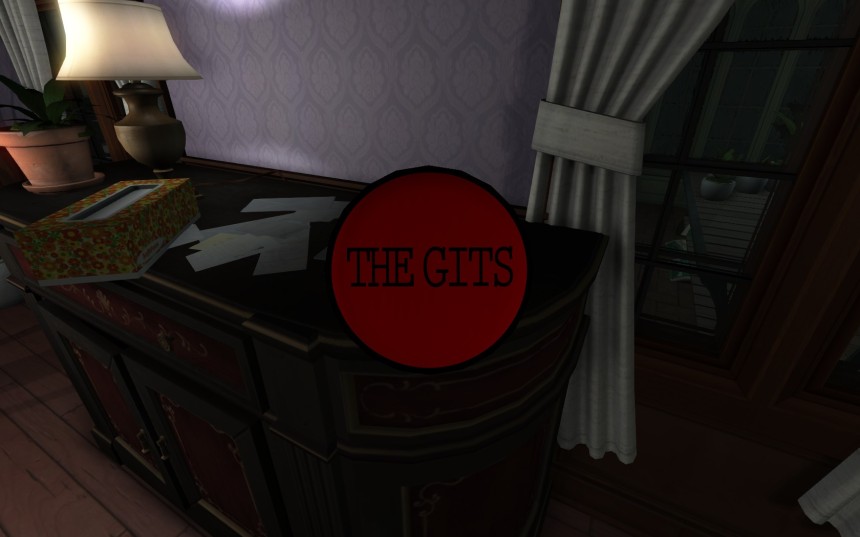 Gone Home remains a significant accomplishment in gaming even now because few (if any) games have taken on such poignant, relevant material with the same level of quality. What SOMA did for conceptualizing the self and The Stanley Parable did for deconstructing games, Gone Home does for exploring American youth. It’s a window into the way you used to think, or how your friends think, or how your children think, complete with context that gives life to the conflicts that simmer within every family. As a video game it’s certainly not the longest or the most feature-rich, but the artistry of its narrative fills so much larger a space that it’s an easy recommendation to anyone who appreciates good and meaningful storytelling.