Review: Just Get Through

Just Get Through lives in a strange space between Spelunky and Super Meat Boy. It’s a procedural platformer with loads of traps and tools to overcome them, along with remarkable speed and freedom of movement. It’s strange because it’s not a space I’m sure that needs to be filled, owing to how JGT has less depth than the former and less challenge than the latter. What it does have are a mess of modes to delve into, enough to keep you busy for a good long while if that initial hook gets into you. 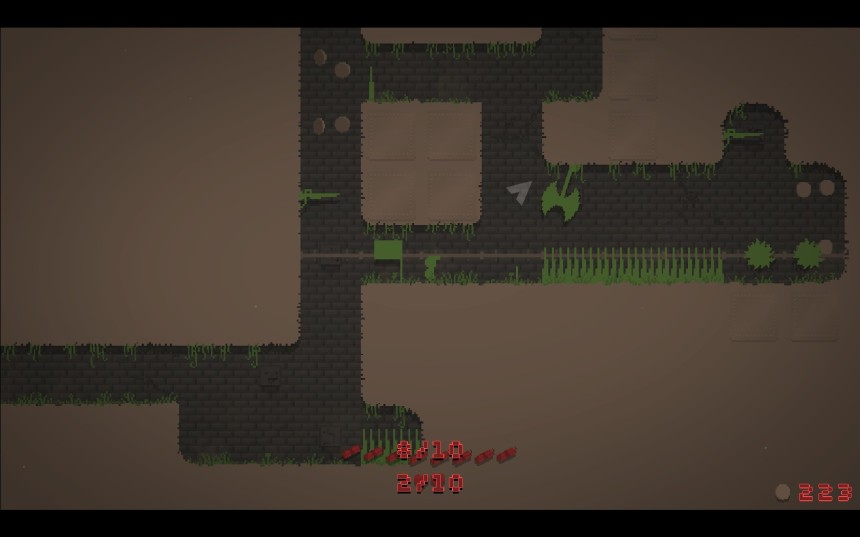 Actually there’s no distinct hook to the game, no disposable story or funky gimmick, just you in endless deadly caverns as you scramble for the swirling exit. You’ll run into just about every unpleasant trap you can imagine, from spinning sawblades to swinging axes, scattering shotguns to grinding chainsaws, rolling boulders to bleeping mines. To get through them, your spry little fellow can run, wall jump, and chuck TNT to blow up problematic parts of the level. The first handful of maps are mostly empty halls but into the double-digits you’ll start facing intense gauntlets of traps that require significant patience and precision.

Every few levels you can choose an upgrade from an assortment of three, earning you boons like more lives or TNT, higher jumps, quicker sprints, or some key abilities like immunity to your own TNT or extra wall jumps. There are also different upgrades in the game’s many different modes to help with the challenges at hand. There’s a Night Mode where you navigate with flares, a Coin Mode where you aim to collect as many coins as you can, and a Speed Mode where you start with tons of mobility upgrades but only one life. With nine modes in all, along with a database of user-created levels, you won’t run out of traps to splatter yourself on. 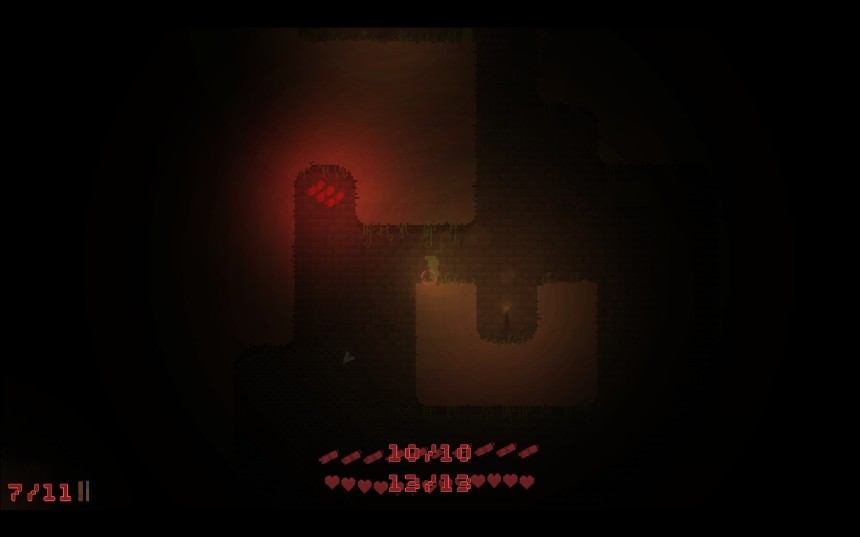 And yet, I found myself a bit torn on Just Get Through. The platforming is responsive and challenging, the modes offer a wide range of challenges, there are extra palettes to unlock… all the pieces seem to be there for a great roguelike platformer, but I’d by lying if I said nothing was missing. There’s a certain thinness to the game, perhaps from the lack of progression, or plot, or level features. Spelunky is defined largely by the crazy antics you can stir up, and Super Meat Boy has an incredible variety of levels and challenges, and Just Get Through doesn’t really come close to either of those hooks.

In the end, Just Get Through is the very definition of a good game, without poking an inch past into great game territory. The platforming is solid and there’s a nigh-infinite amount of it on tap. Its only sin is that there’s nothing beyond that foundation to make it something special. I can certainly recommend it if you enjoy the look or the feel or just want a huge amount of basic content, but know that there’s always going to be something better out there for your platforming needs.