Welcome to another journey into the tumultuous lands of indie game development, this time with a musical bent! The Music Game Jam on itch.io ran from September 22 to 25, giving entrants just 72 hours to make a game based in some way around music. The 62 entries ran with this wide-open guideline, running the gamut of rhythm games, adventures, RPGs, management sims, and more.

With Spooktober bearing down on me this is probably the only look I’m going to get at this melodic mashup, but there’s plenty of creations worth your time here. I’ve picked out seven that really stood out to me and illustrated the variety offered by the entrants. If you’ve got the time, I strongly encourage you to give them and others a try, and if you stop by before October 7th you can also vote for your favorites. Enjoy! 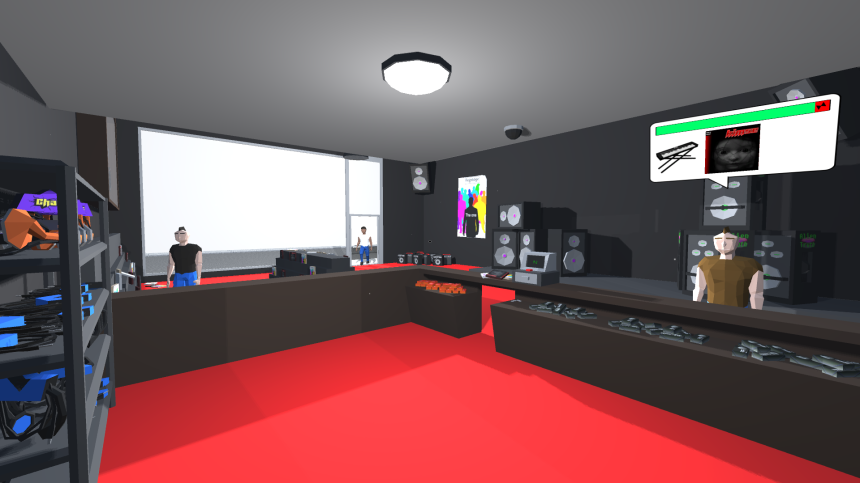 Kaotik Shop – How hard can it be to run a music shop? Pretty hard if you have to build the guitars yourself. Stuck behind the counter, your job is to fill the requests of patrons who sidle up in need of CDs or amps or instruments. Some orders are as simple as pulling headphones off the rack but guitars need to be assembled from parts at a workbench in the back room, and quickly if you want to satisfy your customers before they wander off in a huff. Moving stuff around can be a bit of a challenge and I never found the time to shovel all my earnings into the cash register, but this 3D retail take on the Cook, Serve, Delicious format proved to be a lot of fun. 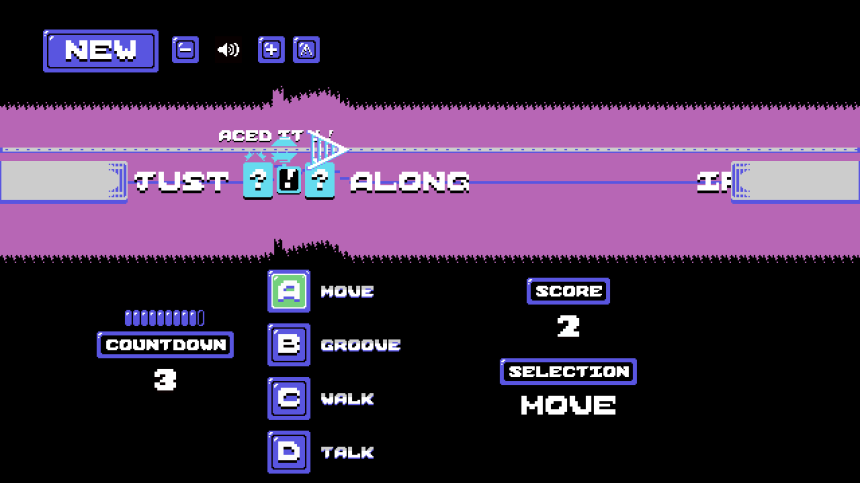 The Endless Chorus – Part Mad Libs, part rhythm game, this one challenges you to fill in the lyrics to Iron Maiden’s Die With Your Boots On on a timer. You get a multiple-choice selection as the line scrolls across the screen, and timing your answer to the arrow tracking the beat gives you a little bonus. There’s not much to it, as the game ends when the chorus does, but it’s a neat concept for a game and pretty funny to watch your messed-up lyrics scroll by once you’re done. 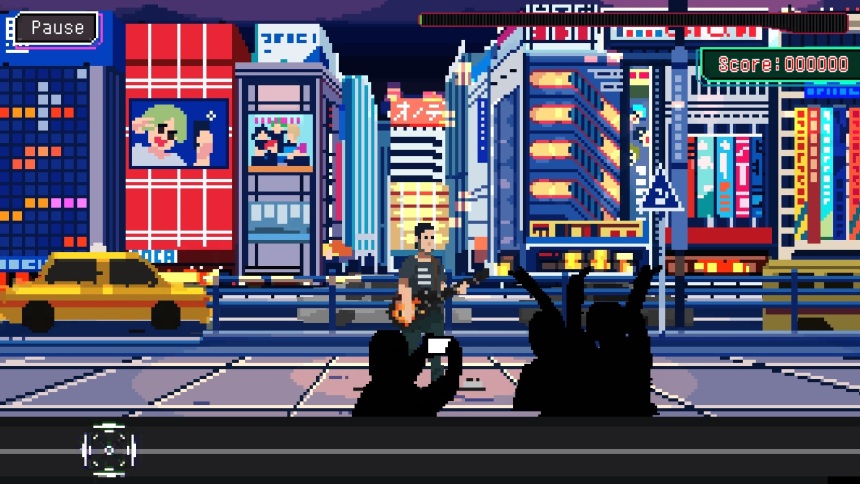 Mirai Rockstar – This one takes familiar mechanics of matching button presses to musical cues but pairs them with lovely pixel graphics and a heartwarming story. Your protagonist lost his cushy coding job but goes off to pursue his dream of being a rock star in Japan. You’ll need to focus hard on the button prompts (which didn’t seem to line up to the music for me) but definitely steal glances at the backgrounds and crowds, because a lot of love went into the look of this little gem. 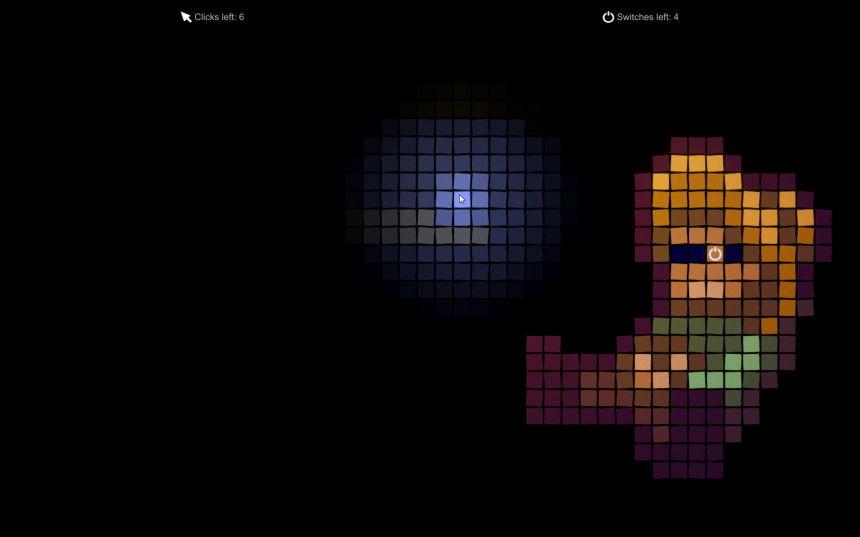 Mosaic – It’s like musical minesweeper! Each scene is made up of colored tiles with a half-dozen or so hidden switches that light it all up. Layers of the music get louder as you mouse closer and closer to a switch, and there’s a barely-audible click when you mouse over the switch itself. It can be a real challenge to suss out where they all are but the lovely soundtrack and charming pixel are more than make it worth it. Plus there’s no exploding if you get a click wrong here. 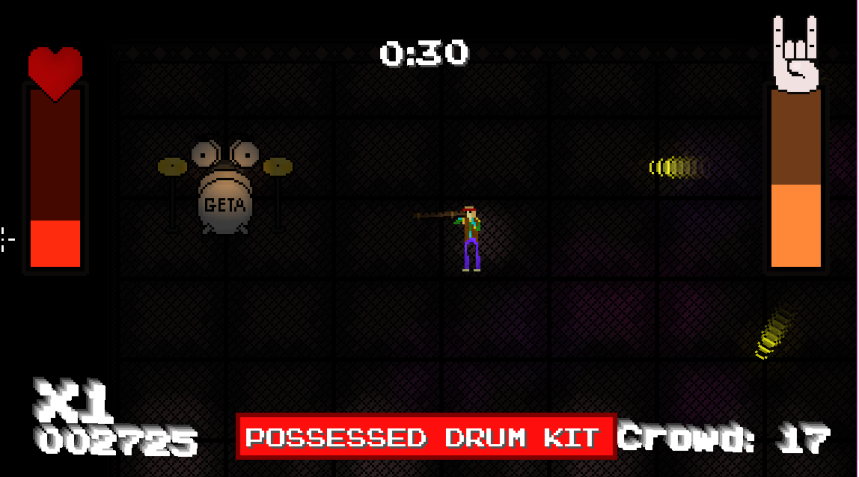 Dance With The Devil – A musical twin-stick shooter sounds like a good time to me, and Dance With The Devil manages to cram nearly enough fun in to stand as a full game. Your band of three performers is trapped on a hostile stage with marauding musicians and listeners, and you have to hold out as long as possible. Each member has a different attack and you can switch freely between them at any time, useful for when your current member is about to get hit. There are bosses to battle and increasingly weird enemies to face which gave me more than enough reason to do a few runs through this one. 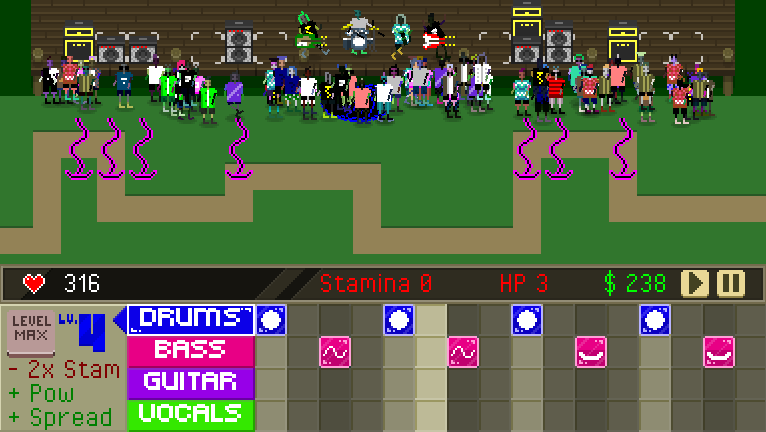 Pixel Jam Band – Imagine a tower defense game where your attacks are organized on a musical timeline. You don’t have to imagine, thankfully, because making a song out of your defenses is exactly how this game works. It’s not terribly challenging once you get the hang of it but there are different beats to unlock as you level up your instruments and with those you can make some pretty sick jams. If you have any interest in arranging music, definitely give this one a shot. 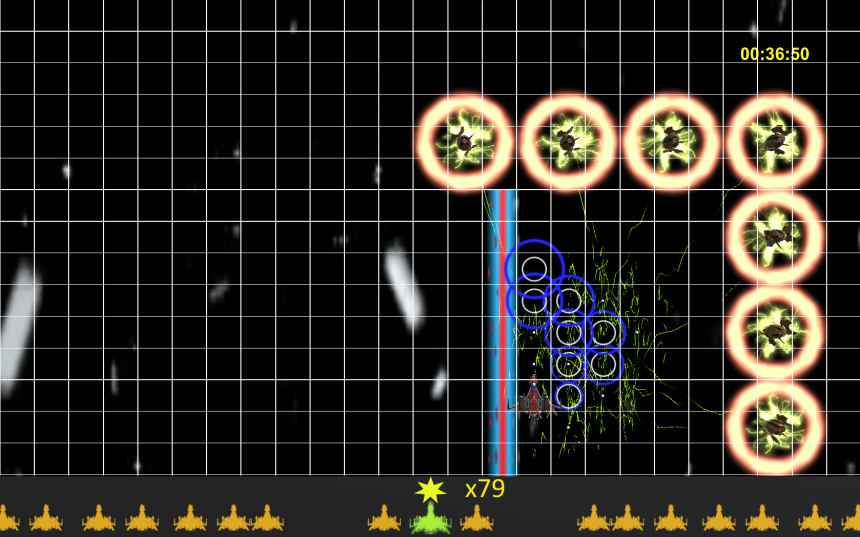 RHYUP – This one is very much a roughed-out concept but it’s so cool that it’s still worth trying. As a rhythm shmup, you have to move around the grid and shoot on the beat, weaving through all kinds of enemies and attacks in a high-speed ballet. It plays out like a dance routine you have to memorize because the beats come so fast and the moves are so complex, but as a proof of concept it’s very compelling. The catchy J-pop song selection doesn’t hurt, either.