I wasn’t expecting a whole lot after Rusty Lake Hotel. As interesting as the premise and setting were, the strange little puzzle box rooms of irritating brain-teasers didn’t give me much hope. That made it all the more surprising when Rusty Lake: Roots appeared to take all the lessons I had hoped they would from the prior game. It’s not a perfect genesis of the series, but the improvement is so dramatic I think it makes Rusty Lake Hotel a stronger recommendation by association. 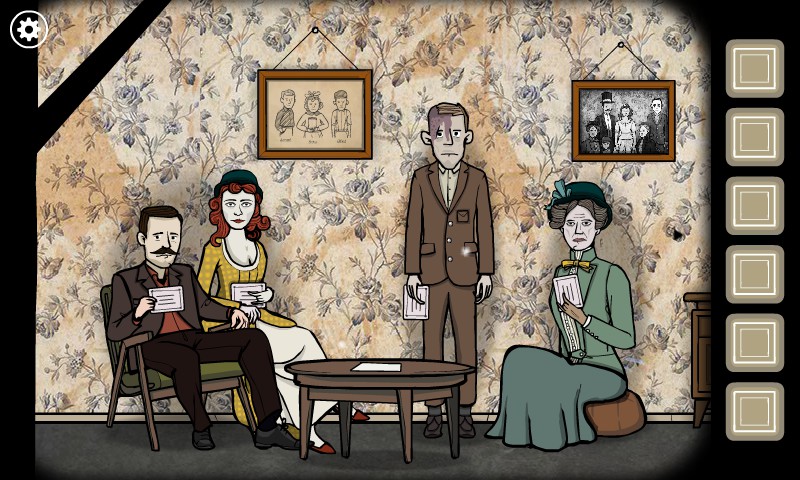 The year is 1860 and James Vanderboom has just inherited a house from his late uncle. Arriving in the spring, he finds a seed and a note with instructions to plant and tend to it as he looks after the estate. From this humble beginning blooms the tale of the cursed Vanderboom family, tracing the lives of three generations of unfortunate souls. As their lives take their tragic turns, the story weaves everything back to that original seed and their unifying curse, and ultimately one of the dark secrets of Rusty Lake.

Much like the previous game, Roots is heavily steeped in the macabre. None of the people whom you guide through these stories will meet kind ends, and many will suffer significant agonies before their lives are allowed to end. It’s not as gory or gormless as its precursor though, and does a much better job of living up to the macabre label. Most of the horror here comes from witnessing the inevitable, from seeing a scene build to an obvious tragedy and being powerless to stop it. Some of the best plotlines here involve lost children or love triangles that give the sinister events a more grounded base. 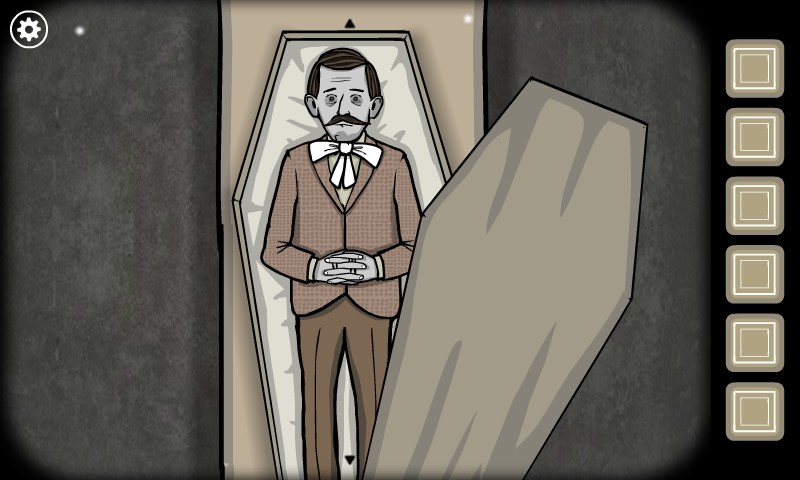 The drama unfolds in short vignettes, arranged chronologically along the lifelines of the players in question. These vignettes are single scrollable scenes which contain a handful of puzzles to solve in the course of reaching a generally obvious result. It might be as charming as getting a gentleman to propose to a lady, as painful as sending a young man off to war, or as nefarious as dropping a young boy down a well. Scenes should take about 10-15 minutes to complete, during which you’ll uncover more clues to the overarching mystery and perhaps a few hints as to the nature of Rusty Lake itself.

The big improvement here for me is the quality of the puzzles, which are all far more sensical and thematically consistent than those in Hotel. Having single scenes focused around a central puzzle or puzzles helps limit potential flailing and allows each puzzle to do more in service to the story. I only found myself stumped in a few places, and this time I didn’t feel like it was because the puzzles were badly designed. Everything had a purpose and a logic to it, and that gave the game a more cohesive feel overall. 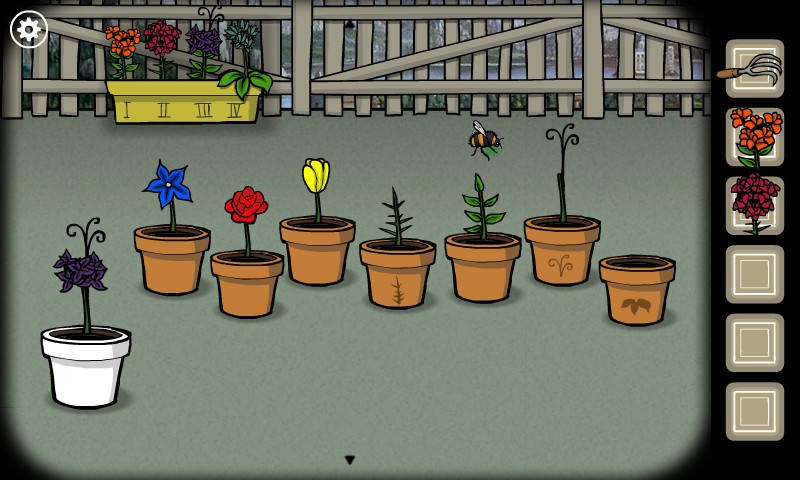 The only aspect I found weaker this time was the ending, unfortunately enough. By the third generation of characters it should be clear what the ultimate goal of the game is, and when you reach the end it just kinda happens and then fades to black. There’s no real revelation aside from the immediate result of your actions, and it falls a lot flatter than the insane reveals at the end of Hotel. I did play through the New Game+ style continuation to see the secret ending and while I liked that one more, it still didn’t do much to satisfy my curiosities.

While there are obviously links between Rusty Lake Hotel and Roots, they’re minor enough that you wouldn’t miss much by skipping Hotel. It’s unfortunate the story doesn’t take more advantage of the otherworldly weirdness of its predecessor but Roots is a strong enough game to stand on its own and command your attention for a few hours. The disturbing scenes and thematic puzzles do an excellent job of gripping the player as they uncover the secrets of this sad family, and only fail to completely pay off at the very end. As long as you’re not expecting something mind-blowing in the conclusion, though, this one definitely succeeds where Rusty Lake Hotel stumbled.