Review: The Vanishing of Ethan Carter

This review is for the Redux version, included with the standard game.

“Walking Simulator” isn’t a pejorative to me like it is to some. Honestly I think the term has been mostly reclaimed by a flourishing genre of environmental exploration games that arose in the wake of Dear Esther and Gone Home. I seek out interesting walking sims, ones that promise interesting scenery and clever storytelling, and while they may be rare they do indeed exist. Much of their appeal hinges on their graphics and environment design, and that’s where The Vanishing of Ethan Carter shines the brightest. In fact it might just be the Platonic ideal of the genre, considering how much of its appeal hinges on graphics and story as opposed to actual gameplay.

You play world-weary baritone detective Paul Prospero, a veteran paranormal investigator in search of missing child Ethan Carter. The boy has vanished somewhere in the pastoral fields and forests of Red Creek Valley, and immediately upon arrival it’s clear that the picturesque landscape hides a great evil. Paul’s supernatural attunement allows you to uncover the truth behind a string of grisly murders and the strange events surrounding them, eventually revealing the nature of the place and Ethan’s disappearance. It’s a beautiful and disturbing journey, and one with more than a few surprises in store.

The game is quick to inform you when you begin that it’s a free-form story, one that you’ll need to piece together yourself. This doesn’t mean you need to pore over scattered notes or audio logs, it means you literally need to go out and find pieces of the story. Red Creek Valley is a vast, open place that hides many secrets along the path to your destination. The main story beats are centered around the murders which are usually central to an area but there are other fragments of the story scattered in the far fields and crumbling buildings of the valley. You won’t get the full picture without finding them, and they tend to be far more interesting in nature than the murder investigations. 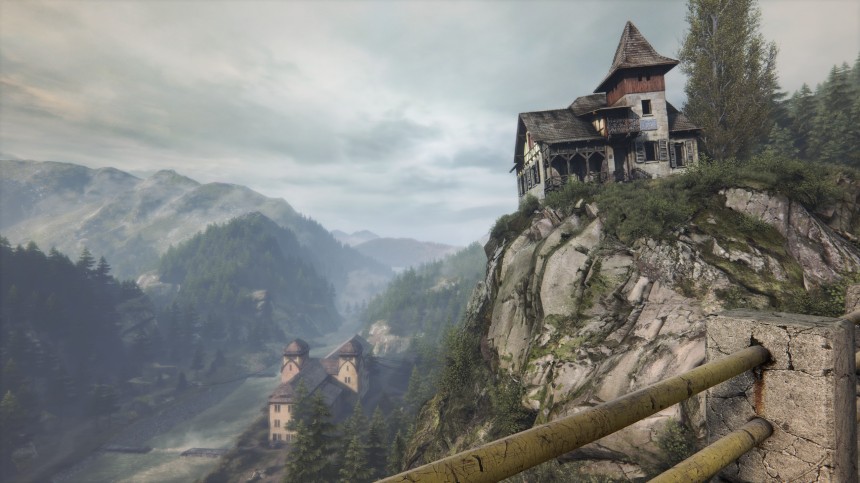 Those investigations and the additional story fragments are the only breaks in the wandering you’re going to get, and I’d be lying if I said they amounted to much gameplay. The murders require you to locate bits of evidence in and around the scene and then number the sequence of events when presented with their ghostly echoes. There’s no challenge to these sequences, as getting the order wrong does nothing but waste time. For the story fragments every one is different, from pursuing a fleet-footed stranger to rearranging the rooms in a house, but these are still only brief respites from the wandering at the core of the game. The fragments DO reward you with some fantastic scenes though, definitely the creative high points of the title and absolutely worth seeking out.

So yes, the rest of the game is just walking around the valley, and if it weren’t such a lovely valley that might be a bad thing. But my God, even two years out the Redux version looks absolutely incredible in all its vibrant details. Flowering bushes waft in the breeze, leaves flutter down from autumn branches, water splashes over glistening rocks, and the valley itself stretches out to a golden, sun-touched horizon. As far as environments go it’s one of the most immersive around, with convincing flora and realistically-weathered buildings. It does make the characters stand out, though, as their art style doesn’t carry the same masterful touch as the environments and their animations jerk and slide around in unnatural ways. They don’t kill the atmosphere entirely but they certainly do no favors to the otherwise expert presentation.

All that walking will get you through the story in around three hours or so, and between the lovely scenery and simple puzzles you shouldn’t get too bored as long as you’re down with the whole walking sim concept. Some titles like SOMA have enough going on to fully break free of the stigma but The Vanishing lives comfortably in it, challenging you to derive your enjoyment from hours of hiking and sightseeing. There’s very little that happens during your sojourns, limited almost entirely to the optional story fragments. And while some of those include some striking and occasionally terrifying elements, they’re such small, temporary parts of the game that you can’t really expect them to carry the rest.

Then there’s the story, steeped in mysticism and blood. I won’t delve into spoilers but know that right from the outset strange, nigh-inexplicable events will take place alongside the gruesome murders that line your path. It all means something but it won’t be clear until the very end, and that conclusion will take a pretty sharp turn away from what you’ve experienced up to that point. Ultimately it’s a story told heavily through symbolism, and while I appreciate what it represents I also recognize that some will regard it as a bait-and-switch. My advice then would be to proceed with an open mind, and prepare for what you see to not be the whole truth you are chasing. 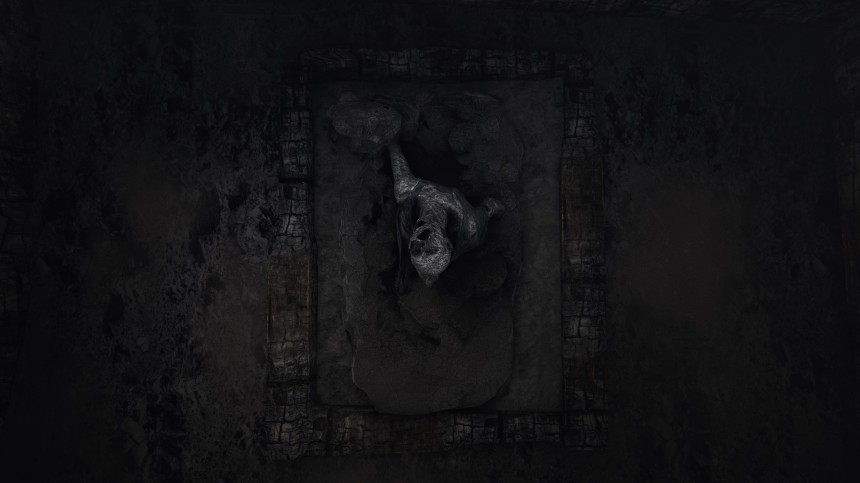 Put simply, The Vanishing of Ethan Carter is an excellent walking sim but a very thin game. It elevates the genre to one of its ideals, a game so beautiful and meaningful that the act of wandering around in its confines constitutes a complete game. But as complete as it is it may not satisfy, either for lack of depth in its systems or lofty narrative concept that may not have the intended impact. If you have the patience for slow, meandering games then it should not be missed, but its limitations cannot be ignored no matter how good it may sound.