Tales of haunted video games have been around about as long as video games themselves. Attempts to capture that magic in an actual game don’t tend to work out, though. It’s one thing to hear a story and imagine the reality of it, and another entirely to play through a simulation of that story yourself. We’re getting into brain-frazzling meta-narrative territory here but that’s where IMSCARED hails from, that kitschy gray area that tries to convince you it’s a haunted video game with a completely straight face. And despite the chunky sprites and awkward controls, it actually works. In fact, it might be because of those low-rent features that it works.

There’s no point in delving into the plot here, because it’s the kind that only means anything once you seek it out and see it for yourself. IMSCARED is very up-front about being a haunted video game; it doesn’t pretend to be one thing and then turn haunted, it simply is what it is. Before you begin, the game even warns you that it will try to trick you, and also that it will create files on your desktop that relate to the game. Then you start out in a low-res approximation of an apartment with a door labeled EXIT that “needs a heart in order to open it”. From here you’re off to explore inexplicable hallways, mansions, hedge mazes, and other places all while trailed by an off-putting presence called White Face.

There’s no question that weird shit is afoot, and you’re going to get creepy moments of being watched and chased right from the start. You might think that a game that looks like a Commodore 64 trying to run Wolf 3D would be too ugly to be scary, but you’d be wrong. IMSCARED uses every part of its retro presentation to the fullest, throwing up oppressive fog and harsh transitions and unsettling sprite ghosts at just the right moments to make you jump. The sound design is a huge stand-out here as well, doing work with unnerving ambient tracks and little sound effects at, again, just the right moments. The pacing here is the real MVP, spacing out scares so that just when you think you’re clear, something gets right through your defenses.

All of this is accomplished without screamers or cheap jumpscares, either. The worst I’ve been rattled has been from unexpected scene shifts or just the digital apparitions catching up to me during chases. Something about how brazenly the game leans into being a haunted house of a title makes the spooks work that much more, as if some small part of me is willing to believe these strange sprites actually have some malevolence behind them. The out-of-game elements deserve a lot of credit here as well, starting with notes that flesh out the story and then moving on to key files and YouTube links necessary to progress. They give the game a real-world presence which builds on that same urban legend motif that works so well. The game also does one particular thing here that I won’t spoil, but is absolutely brilliant and caught me completely off-guard.

It’s not a straight shot through the game by any means, in large part because of these external gameplay elements. A large part of the game is quitting out (or being kicked out) at certain times, only to return to a different segment. Sometimes you’ll be prompted to enter text that determines where in the story you’ll end up, or you’ll need to do something to those additional files that changes something in the game. As good as this structure is for selling the dangerous, unstable atmosphere of the game, it can make progressing past certain parts rather confusing. The further you get into it the more difficult the puzzles are to solve and the harder the items are to find as well, so be prepared for a precipitous learning curve over a very short time if you want to see everything this one has to offer. 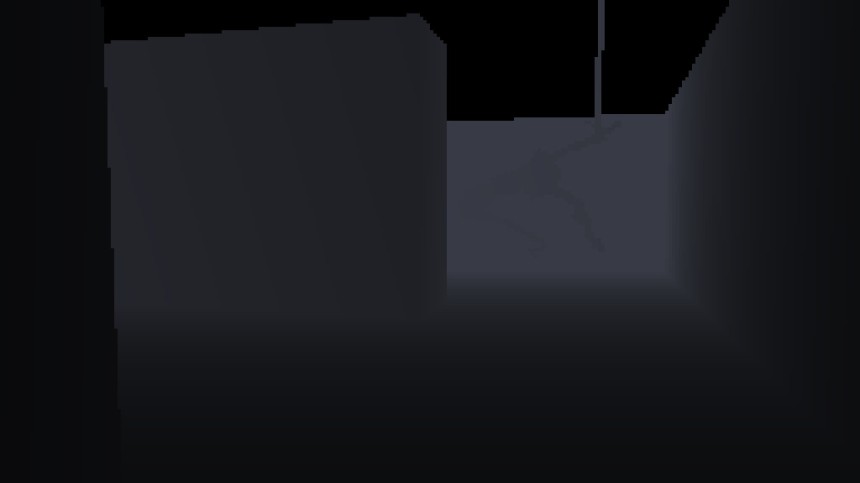 The game is roughly split into three acts, with a “proper” ending for each. Getting the final one requires you to get all the achievements and follow some pretty thin puzzle logic, something I haven’t managed to do yet. But the journey so far has been plenty interesting, engaging, and above all, terrifying. I did not expect this game to get me as good as it did but I got to a point where I dreaded playing it, dreaded walking down darkened halls, and dreaded turning around every time it would taunt me with “I’m right behind you” or the like. IMSCARED understands horror, understands what makes people look over their shoulder in the real world, and builds itself around those notions to terrifying effect. It’s a an indie horror gem, a short one and a rough one, but one that should not be missed.