Video games are no strangers to gore, with some of the most widely-known titles positively wallpapered in ichor and entrails. It certainly doesn’t work for every title, and some suffer from trying too hard to ick out their audience with blood and guts. CAYNE is a horror adventure that attempts to anchor its scares in vats of gore, and finds the foundation far too fluid to stand on. It’s a prime example of trying too hard, something that could be forgiven if the puzzles or the story were really worth slogging through to experience. 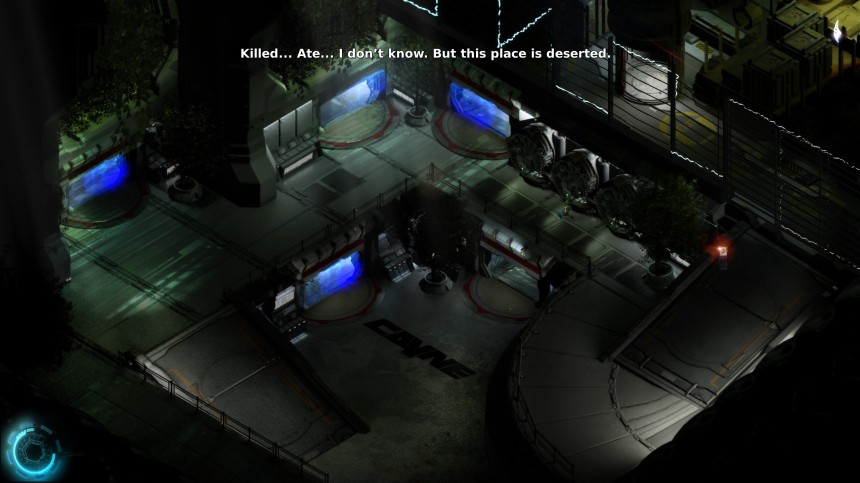 Young Hadley is pregnant, and decides she’d really rather not be. She’s sedated for a routine procedure to address the issue and wakes up in a terrifying techno-organic facility. The beings there want her baby and don’t really mind if extraction kills the poor girl, so Hadley strikes out to escape their clutches. Along the way she teams up with an unseen ally and learns more than she would ever want to know about the CAYNE Corporation, holders of the horror factory she finds herself in.

This is indeed a horror adventure, but the horror takes a different form than most of what you see in the point-and-click genre. The CAYNE facility is a veritable abattoir of fleshy constructs, abominations of nature, and unabashed gore. One of the first scenes in the game features a giant organic tentacle that reaches up inside someone and guts them before exploding in a shower of flame and meat juice. Nearly every room in the game is caked in blood, with those that aren’t featuring a foul and bizarre fungus spreading throughout the building that is never fully explained. You’ll chat with brains in jars, marvel at a cadaver mobile, and pry open an artificial womb to fill a tub of viscera. 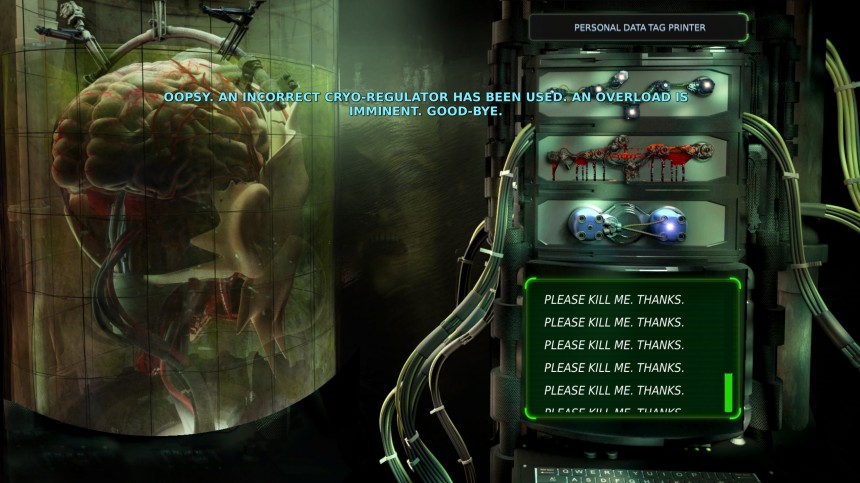 Such a cavalcade of carnage threatens to push from horror into bleak hilarity throughout, and what puts it over are the inhabitants of the facility. At regular intervals you’ll find PDA logs of the scientists running the facility, a cast of the most depraved individuals imaginable. This isn’t some Norman Bates/Hannibal Lecter shit either, these are people who bioengineer sex slaves and fuck mutated orifices on their test subjects. Every single person has some sort of dark sexual quirk, either trying to sleep their way up the power structure or being turned on by mucus sacs and cannibalism. There’s a place for erotic horror and meaning within it but this is around back behind the dumpsters of that, humping away at an insectoid real doll and shouting ARE YOU SCARED YET??

It’s a small blessing this grotesquerie is told purely through text logs, logs so numerous and poorly-written you’d be tempted to skip them anyway. They’re hardly the worst design sin of the game, either. Scenes in CAYNE tend to have plenty of features to mouse over for descriptions but only one or two to interact with. Finding the right interactions requires a lot of slow plodding around the facility (even Hadley’s run feels glacial) and in particular a terribly-designed hub room that places key features at the farthest corners from each other. The lack of a journal or notes also means that if you forget a code or lose your path you’ll be doing a lot more needless trotting around. 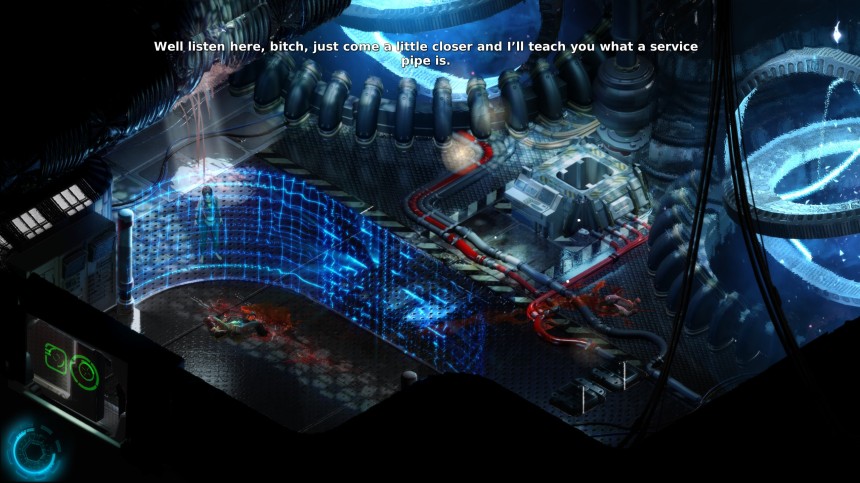 By far the worst part is the puzzles though, strangely obtuse offerings that are only manageable because of the distinct lack of interactions. The very first puzzle in the game requires extremely specific timing after an absurdly long wait to get right, so long that I thought it might have bugged out. Other puzzles require clicking on nondescript parts of scenes or working through long terminal interfaces. The worst, though, was having to make a replacement fuse using an access card and protein powder which, while I understand in hindsight, is still the least sensible process for resolving the issue I can imagine. Between the slow pace of exploration and the confusing puzzles, I was reaching for the walkthrough in record time here.

It’s all terribly unfortunate because CAYNE has some definite bright spots. The main plot (discounting the outlandish supporting cast) is quite interesting, and uncovering the secrets of Hadley, her baby, and her unseen ally was enough to get me through to the end. The graphics are wonderfully detailed, with bright colors and a wet sheen marking the more grotesque features of each scene. It’s also one of the better treatments of 3D characters on 2D backgrounds, a style I don’t care for but is used to fine effect here. The sound design is on point as well with some moody, oppressive tracks that provided the only real spooks I felt here. 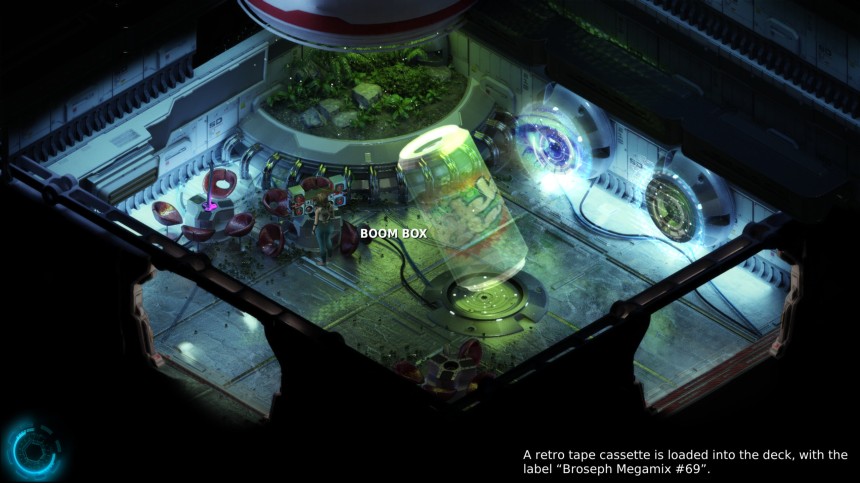 I wish these were enough to recommend CAYNE, but looking back on it I can’t say my time was well-spent. Very little of the intriguing world was ever explained, leaving the curious mish-mash of space-age tech and organic growths a mystery. The gore and gross-out factor is beyond reason, the dialogue is similarly overblown, and none of it provides any sort of horror or foreboding needed to sell the experience. I know this is some kind of companion piece to STASIS, another horror adventure I was interested in, but if anything this has mostly tempered that interest. CAYNE is an amateur attempt at shock and gore wrapped up in expert aesthetics, but nothing can save this title from humiliating itself.