I remember when I used to think side-scrolling horror adventures were a narrow genre. After The Cat Lady, Lone Survivor, Home, Distraint, Oxenfree, Detention, and Between Me And The Night though, I have to admit it’s a pretty well-worn path for indie development. That doesn’t mean there’s nothing left to do with them, of course, it just means they need to do more than what Firewood does. And what it does is repeat the same jumpscares and puzzles three times over the course of an hour, which doesn’t make for much of a game. 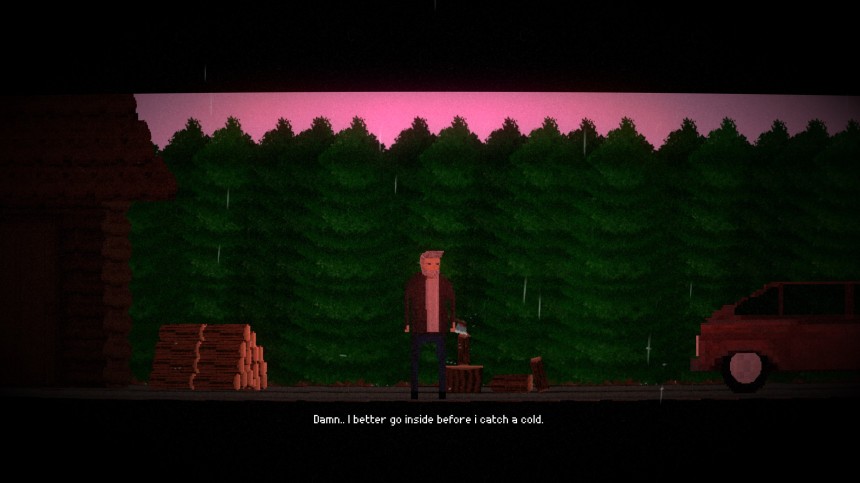 The game opens with you as an old man, visiting a monochromatic graveyard in the rain. Wandering home from your melancholy indulgence you find yourself transported from your cozy cabin to an apartment building full of decrepit residences, flickering lights, and spooky children. As you work your way down the floors you are treated to flashbacks from your earlier days, revealing piece by piece why you are subjected to this mental torment. Your only hope of escape from this meandering hell is to solve extremely simple puzzles using piano keys and mannequin parts.

Firewood features the absolute minimum of interaction and control to count as a horror adventure. You can move right and left, you can check or pick things up, and you have a dedicated button for your lighter. Items have to be used from your menu with the mouse, though, so keep your pointer handy for the handful of times you have to jam keys into locks or records into gramophones. The majority of your ordeal plays out in long apartment corridors, with rooms containing puzzle pieces and usually one locked door you must locate a key for. Assembling the pieces is usually enough to escape to the next corridor, though the piano puzzle actually requires you to press keys in the order shown on a paper in the same room. 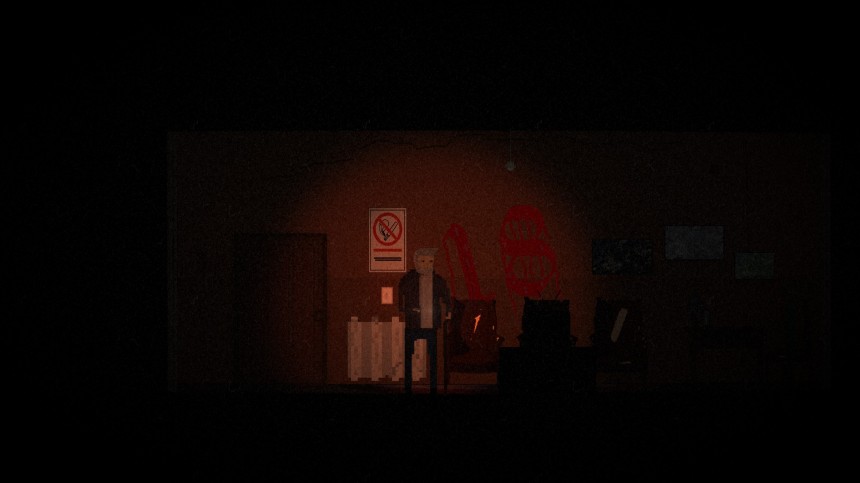 Make no mistake, there is zero challenge to the puzzles or progression in the game. This is hardly a bad thing in and of itself, after all I love a good walking sim as much as the next self-important writer on the internet. But these puzzles form an unholy trinity of disappointment, in that they are unchallenging, uncreative, and repeat three times. The formula for all three segments of the game is the same as described above. You get puzzle pieces, you get key, you put it together. None of those puzzles are more creative than the piano one either, so that leaves the gameplay without any hook whatsoever.

That places the appeal of the game solely on the story, and that is rocky terrain to build anything on here. You’ll wander through plenty of flashbacks focused on the man, his wife, his job, and the dystopian revolution taking place around them all. Some aspects of the story will get clear answers but there are simply too many moving parts for a game that clocks in at less than an hour, leaving much of the deeper plot and meaning obscured. It’s a rare complaint to level but yes, small indie games can definitely over-complicate their stories for what game they have to work with. On top of that the English text is pretty rough, making it that much harder to glean meaning and form connections with the characters you follow.

I need to mention the horror elements as well, because these might be the worst part of an otherwise tolerable game. I say “elements” but really it’s one or maybe two jumpscares per floor, completely devoid of context or purpose. Early on you meet three animal-headed children who barf some Hotline Miami-style riddle exposition at you and then vanish. They love to pop in from time to time with a loud, jarring stinger just to remind you that yes, this is a horror game. Real quick these scares become more tiring and aggravating than spooky, thanks to their frequency and disconnect from anything else going on. There’s decent atmosphere in the moody, run-down halls of the place but you won’t notice much when you’re gritting or giggling through another idiotic jumpscare.

The art is clean and just detailed enough for a game like this, though your character’s walk animation is one of the more unnatural waddles I’ve seen. Sound design is similarly up to the challenge and in particular does well with dropping the background tracks or ramping them up to build tension. Meeting basic expectations isn’t enough when the story and gameplay can’t clear the same bar, though. The genre Firewood falls into is plenty packed with titles more polished and competent, particularly Distraint which is essentially a better take on the same themes. It’s not bad for a first effort but developers Frymore definitely need to step up their game next time if they want to compete in the arena of spooky adventures.