Railway Empire is out now! Read the full review here!

It seems like ages since Railroad Tycoon II graced our systems with its elaborate simulation of rail transit and robber baronies. There have been attempts to recapture that magic over the years but none that really filled that locomotive-shaped hole quite as well. That’s why Kalypso Media is looking to deliver a new entry in the genre with Railway Empire, a modern take on the classic rail company simulator with a few new bells and whistles to show off. It’s also designed by Gaming Minds, the folks behind the Patrician and Port Royale games, so you can expect an extra layer of development options beyond running trains around the map.

Railway Empire focuses on the rise of rails and the Intercontinental Railroad in the United States. Spanning a century from 1830 to 1930, you’ll have your pick of 40 historic engines to haul folks and their goods around the heartlands of America. To complete the tasks set forth in the different campaign missions and scenarios, you’ll need to connect cities, farms, mines, and factories with stations and rails, then plan routes for your locomotives to get everything where it needs to go as efficiently as possible. Hauling goods is only half the game, though, because you’ll be competing with rival companies for those precious sales.

Long-time fans of Railroad Tycoon and its successors will find new features to tinker with here, as well. The expansive tech tree offers hundreds of unlocks and upgrades, including improved engines and specialty cars that bolster the value of specific cargo. A personnel system allows you to hire train crews and corporate operatives such as spies and saboteurs to give you more hands-on tools in corporate warfare. There’s even a major focus on growing cities by providing certain goods and building your own industries to capitalize on those needs. I was also surprised a few times by events like hijackers holding a train ransom or auctions for special engines or equipment. 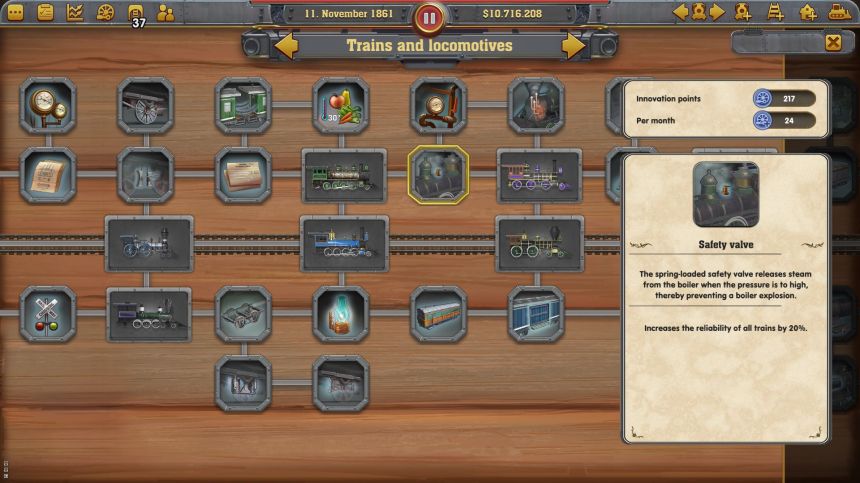 The 3D maps for each region of the US are rendered in remarkable detail, right down to the individual crops in the fields and citizens clopping around on horses. You’ll need to study these maps well, too, because the cost of laying rail climbs swiftly when crossing water or tunneling through mountains. Plenty of geographical challenges will arise in building your network, along with coordinating your trains along their routes. You won’t have to worry about collisions but learning to use signals and side tracks to avoid train jams will figure heavily, although there are difficulty options that let you set how realistic you want the railway simulation to be.

The realistic sim isn’t messing around, either. You’ll need to lay parallel tracks and set signals to coordinate the path of your locomotives and ensure they don’t gum up any of the routes. I had no trouble figuring out how to build stations and lay tracks, but getting cattle and corn and grain into Baltimore along one tangled line was pretty tricky for me. The easier mode lets your trains pass right through each other, though, so if you’re more into building your empire than sussing out its signals then that’ll be the one for you. And for those who just want to admire their trains, there are camera options to ride along on the engine or follow close as it zips across the countryside. 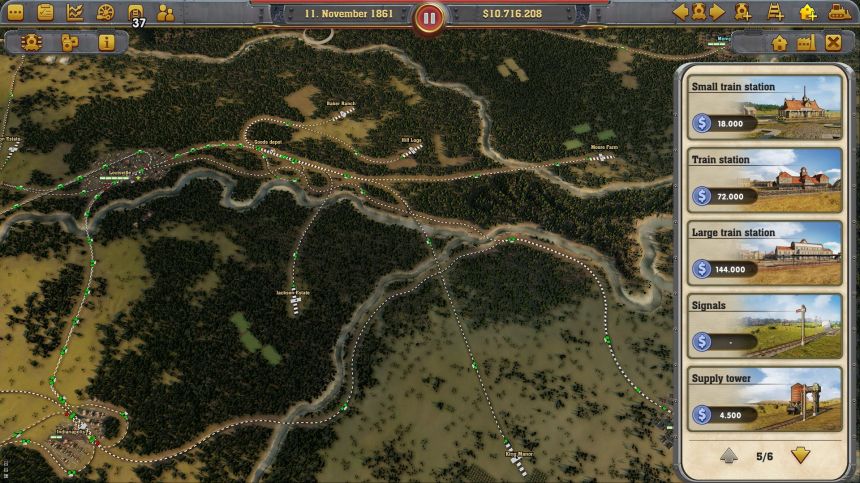 Railway Empire releases on January 26th, and the pre-order is currently $42.49. Check back in with me post-release for the full review!