Review: Back to Bed

Capturing that ethereal feel of the dreaming world is not an easy thing to do. A key element is that fuzziness around the edges, that sensation that everything you are experiencing is not entirely anchored in reality. Plenty of games (and media at large) use dream states or imagery without fully mastering its nuance, so I value those games that put in the effort to do it well. Back to Bed is very much built around such effort, twisting its puzzles around impossible architecture and enormous fruits. It may not be the deepest or the most compelling puzzle game around, but the aesthetic more than justifies the short time you can sink into it. 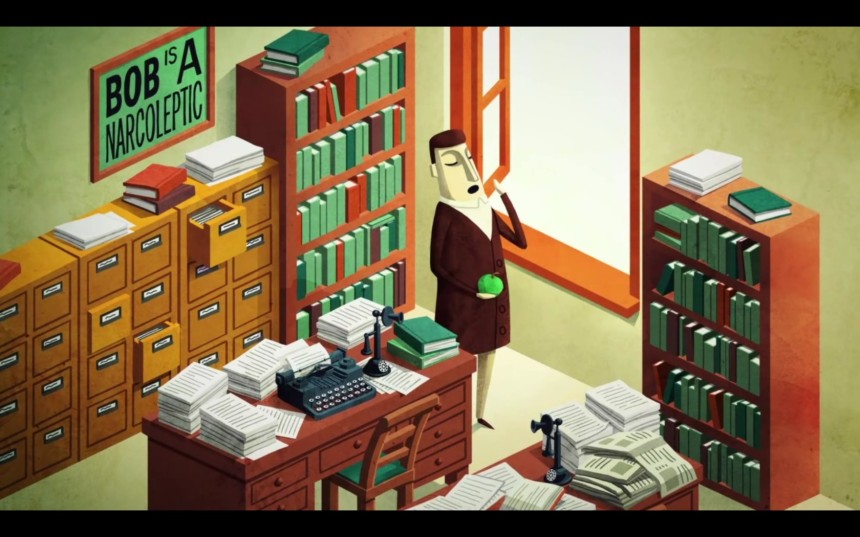 Bob is a narcoleptic and a sleepwalker, a truly unfortunate combination of Mr. Magoo-ish proportions. When he goes walkabout he also wanders in the dreaming world, and putting him back to bed there is the key to waking him up in the real world. Your job, as a Seaman-like green dog with a person face, is to guide Bob’s trundling subconscious back to its subconscious bed. This happens atop narrow and precarious walkways drifting in the void, so ensuring that he doesn’t go plunging off the side is key. You’ll also need to guide him up walls, across living bridges, past speeding whales, and through portals to reach his bed safely.

If you’ve ever played Chu Chu Rocket, the core mechanics will be pleasantly familiar. Bob never stops walking forward, but when he hits something he turns 90 degrees clockwise. His path is helpfully laid out as footsteps ahead of him, making it easy to see and plan exactly where he’s going. Your dog-thing avatar can heft giant apples and flattened fish to form bridges or give Bob something to bump into, and placing objects in the right places at the right times is how you’ll guide him where he needs to go. Sheer cliffs will usually be the biggest obstacle to success but you’ll run afoul of patrolling dream dogs and train-like whales later in the game, and the M.C. Escher-inspired architecture can further complicate your plans if your brain refuses to wrap around the warped walkways. 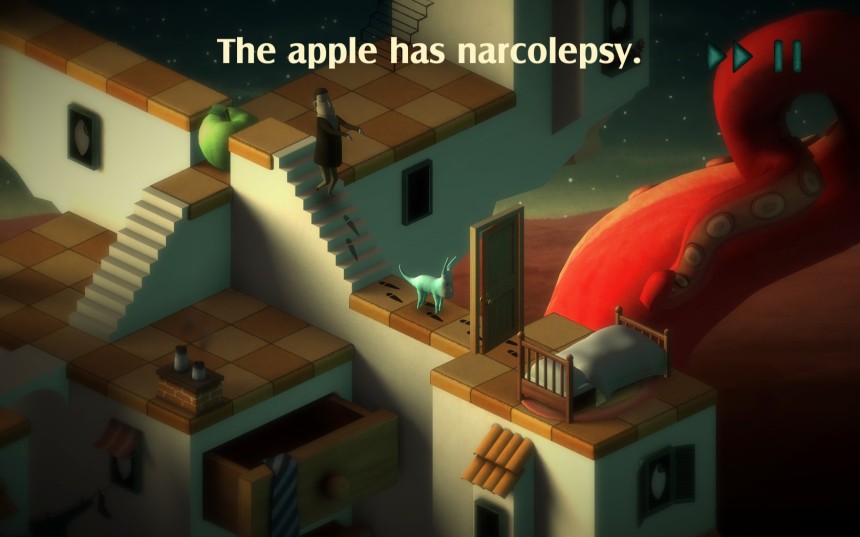 The mechanics never go deeper than this, mind you. A few levels have the potential to confound if you can’t grok the architecture, but mostly they’re just more complex exercises in putting apples in Bob’s path. They’re clever enough that you shouldn’t get bored, which leaves the real knock against Back to Bed its length. You get a scant 30 levels to tackle, divided between two chapters. Beating all of those unlocks Nightmare versions with far trickier paths and timing, but that doesn’t stretch the game out by much. A full hour was enough for me to beat the original 30 and the first 7 Nightmare levels, so I’d be surprised if anyone managed to get more than two hours out of this one. These aren’t open-ended puzzles, either, as there’s generally only one intended path for Bob back to his bed.

A thin offering of simple puzzles is almost enough to knock this one down, but I must admit that the aesthetic really brings me back around. Every level is a soft, colorful mix of Escher and Dali, impossible buildings reaching out of the void and topped with gigantic ties, windows to nowhere, and curious eyeballs. The blue/orange palette most levels work with helps the world pop in ways that similar puzzlers can’t. The sound design deserves some special mention too for its rich effects, ambient soundtrack, and narrator who sounds like they recorded him saying something backwards and then played that backwards. Seriously, I don’t know why only Twin Peaks and this game use that technique because it sounds rad. 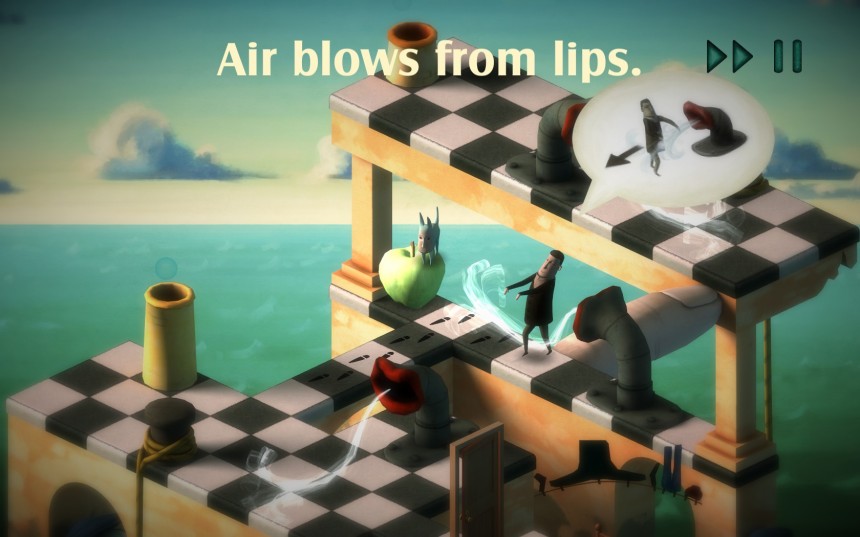 I’m not going to sit here and tell you Back to Bed is a must-play puzzle game. As good as its hook and its look are, the core gameplay is simplistic and it never really gets the chance to go anywhere with it. Even if you’re digging the technicolor dreamscapes they won’t last you very long, and neither will the challenges. If you’re going to show up for this one, come ready to appreciate some excellent art direction and some pleasing oddities. Back to Bed is a clever art installation first and a serviceable puzzle game second, and as long as you’re okay with that you’ll get your fun from it.