Review: Save the Ninja Clan

I’ll come right out and say it: There are too many people making ninja games these days. I say that because there are too many ninja games where you’re really just a ninja in name only, not the shadowy harbinger of doom that makes them so popular. Akane the Kunoichi springs to mind, a game that sets you up as a bad-ass lady ninja and then has you scooting around collecting clothes and dying to idiot guards. Now we can add Save the Ninja Clan to that auspicious pile, a game featuring a ninja less interesting or talented than your average plumber or cube of meat. 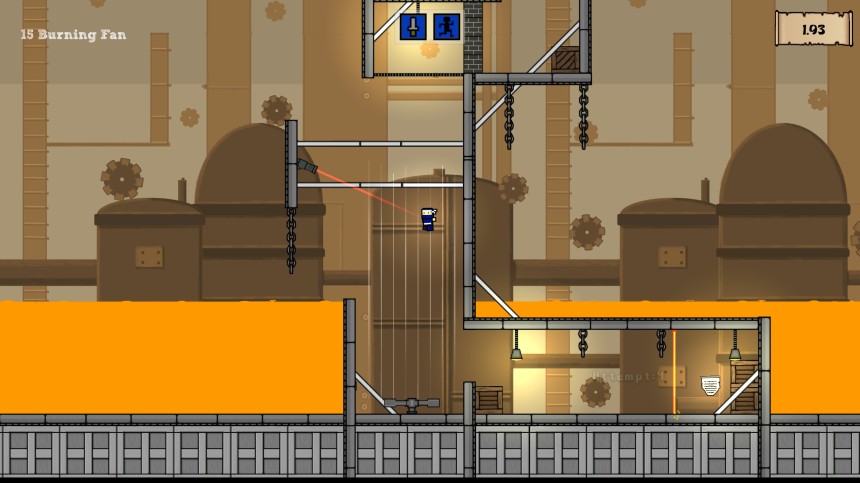 I don’t much care for titles that are too on-the-nose either, and that’s exactly what you’re getting here. Your ninja clan was whisked away by some asshole and you’ve got to save them by getting to the end of a bunch of convoluted levels, I guess. The game’s split into worlds you can roam around and enter doors to play specific levels, in which you must dodge sawblades and gunfire to reach a mystic ninja scroll. You’ll get a few powers to play with like dashes and double-jumps but only one at a time, dependent on your costume. Your throwing knives can dispatch enemies or make ledges on unscalable walls, so progression isn’t quite as simple as just avoiding all the traps.

A few minutes with this game will show you just how hard it wanted to be N++ or perhaps Super Meat Boy and completely missed the mark. Sure, you can wall-jump and die a lot but your run speed is anemic and your jumps feel leaden. Enemies can be killed with your throwing knives but you throw them terribly slowly and they can be blocked by bullets. You’re going to die plenty, but more from the terrible controls and disappointing combat than from insidious tricks and traps. The bargain-basement graphics and animations certainly don’t help either, so you’re left with a game that feels like a Flash rip-off of more compelling titles. 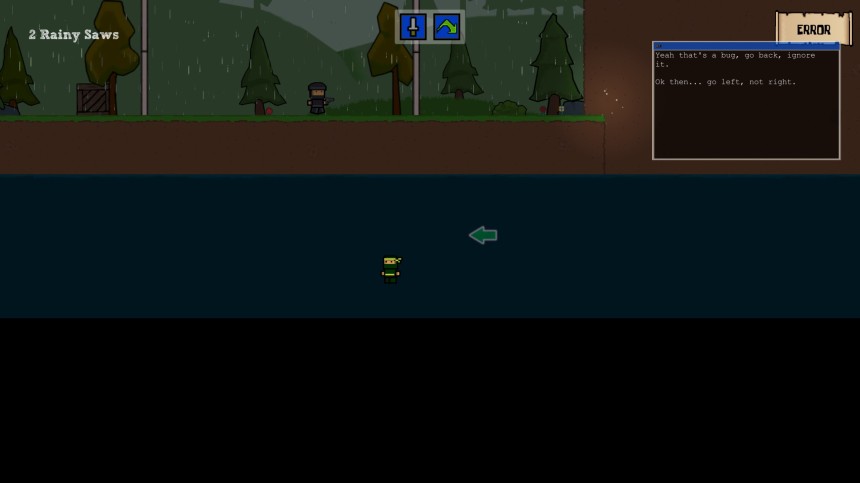 For a brief moment I was prepared to give Save the Ninja Clan a pass because of its clever secrets. Every level has an alternate exit found by exploiting a “glitch” in the environment. This prompts some pretty funny dialog from an unseen administrator and some extra challenging (somtimes unfairly so) deathtraps. I was having fun exploring for these secret solutions until the levels themselves just got teeth-pullingly aggravating. In World 2 you’ll be using fans to get around because every deadly platformer needs fucking fans, but these are extra swingy and have razor-thin margins on their timing. On top of the generally low quality of the experience this was the last straw, and enough for me to implore you not to follow in my footsteps. Save the Ninja Clan brings nothing new to the table, and spoils what little it does bring with disappointing mechanics and shoddy graphics.