Review: Sir, You Are Being Hunted

A lot of games benefit from having random or procedural elements, but it never occurred to me to apply those principles to a stealth game. I always thought stealth games needed to be tightly tuned, with carefully-designed levels and sharp AIs on patrol routes. Sir, You Are Being Hunted proves that isn’t the case, but also illustrates the flaws in such an approach. The result is challenging and engaging, though not without periods of tedium and frustration. 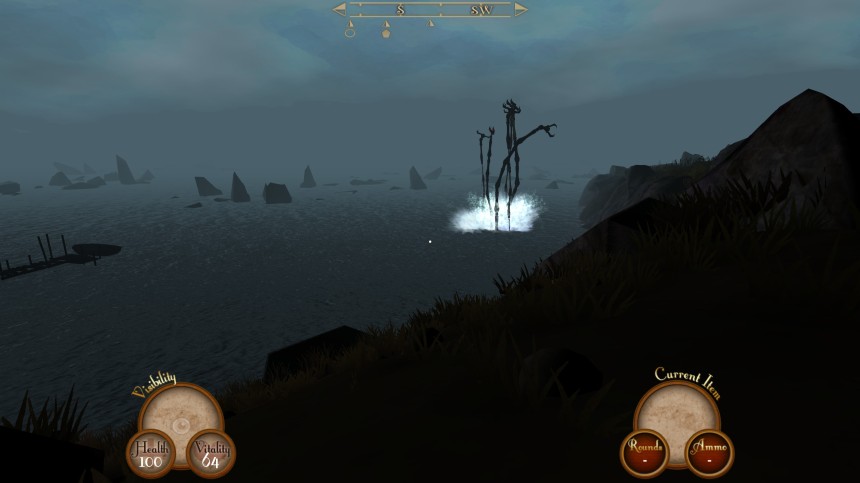 Sir drops you into the middle of five randomly-generated islands, each populated by murderous metallic monsieurs out for your human hide. A mysterious device brought you here from your presumably bourgeois lodgings, and is now scattered into 16 or so useless pieces across the archipelago. Each piece must be returned to the standing stones at the center of the center isle if you are to return home in time for roast phesant, but the robots are not about to let you off so easily. To aid in thwarting their deadly directives, you can scavenge items from the ominously ruined structures that dot the landscape. As you find more pieces though, the robots step up their efforts to include robo-dogs, scarecrow sentries, hot air balloons, and more monstrous machines to hunt you down.

The robots are the heart of this game, and they can be terrifying at first. Sure, they make conspicuous beep-boop noises as you draw near, but once they spot you with that heart-stopping bleep, you’re in deep trouble. The ‘bots are almost as fast as you and have rifles they are not shy about using. They also follow more logical search patterns than most stealth enemies, tracking you all the way to your last known location and then combing the area, making educated guesses about where to search from there. Most robots patrol the islands in groups, paying close attention to structures that can be looted but following and suspicious leads they find. Patrols can be avoided but there are always two or more clankers guarding the artifacts, requiring you to either come prepared with distraction items or a willingness to lead them away with your own sorry hide as bait. 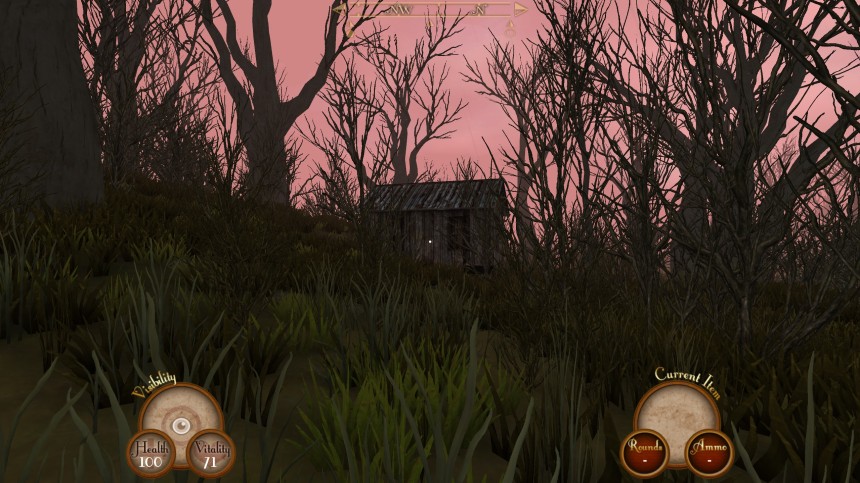 You have two important numbers to keep track of, Health and Vitality. If either one bottoms out, you’re not making it to tea time. Health regenerates slowly unless you’ve been shot, in which case you need to bandage yourself up using rags. Vitality drains over time with activity, and must be restored with food recovered from buildings. More intact buildings are more likely to have unspoiled comestibles, but they’re also patrolled more heavily. It’s worth mentioning you can’t enter any of the buildings in the game, they just serve as giant loot containers. It’s a bit of a blow to immersion and options for hiding, but other than that the loot system is solid. You have limited space to store weapons and traps, food and bandages, and any other interesting odds and ends you find. Some items have hidden uses as well, which adds an element of mystery and experimentation to the game.

You can only save at the standing stones or the boats to other islands, so you really have to think twice about risky moves. Stealth in this game is trickier than most, because movement and proximity have a much greater effect on how concealed you are than you might think. You’re free to roam most of the islands at a brisk pace, but once robots are near your ass better be down in the grass, creeping along when they’re not looking. It’ll take time to learn how best to circumvent patrols but it requires a great deal of caution and patience, and slows down the game considerably. It’s here that the procedural elements take their toll, sometimes plopping down patrols all around you without consideration for the stone walls or cliffs that funnel you into them. And if that doesn’t happen you might be treated to huge tracts of empty land to scamper across in search of those faint wisps of smoke marking an artifact. 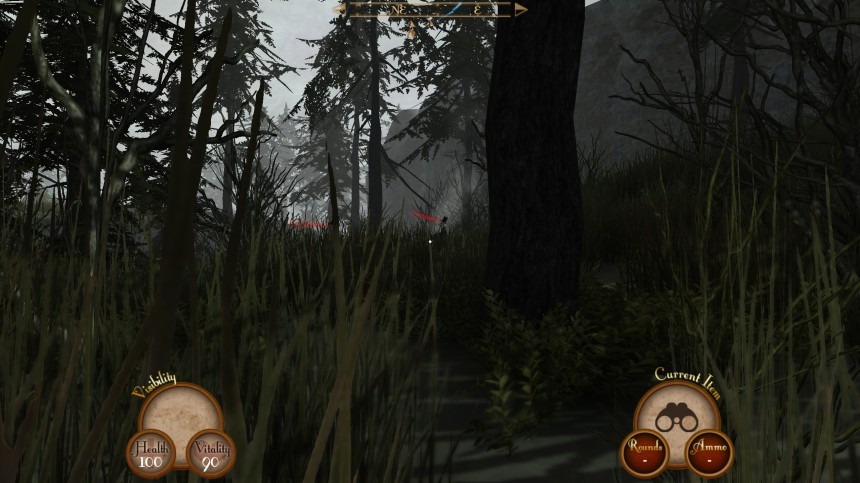 Is it a good game? Yes, but one you have to put serious time into. Finding 16 fragments across 5 islands is going to be a tall order, especially as patrols increase and stealth takes more and more time to get right. The randomization keeps the game fresh but can lead to unfair situations between patrols or artifacts in nigh-impossible locations. The sound design is on point with creepy ambiance and amusing voice work, but the graphics don’t exactly impress or inspire. The nicest thing I can say about them is that they really capture the post-apocalyptic British countryside. Still, if you can settle into it and dedicate some time, it’ll keep you on your toes for a good long while.