How many llama puns do you think you could fit in a game? Trick question, ’cause it’s not as many as the deranged minds behind Vicious Attack Llama Apocalypse shoved into theirs. A distressing amount of radio chatter is going to assault you with puns, memes, and puns crammed inside memes as you mow down wave after wave of ravenous, bloodthirsty ungulates. But as sensitive as I am to cringeworthy humor, I didn’t really mind it here. There’s so much llama murder to busy yourself with, and so much genuinely good humor mixed in with the painful stuff, that it’s absolutely worth suffering through the wordplay. 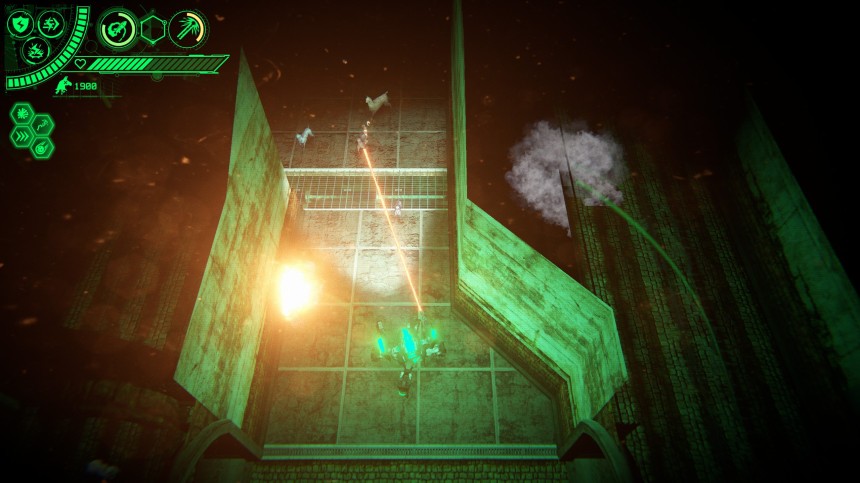 International megacorp Llamazon has long been using microchipped llamas to deliver packages and provide other services around the globe. However, the shadowy Llamanati has hacked their control systems, turning the once-benign creatures into blood-gargling murder mammals and hastening on the apocalypse. You were one of the lucky few to avoid death by llama, tucked away on a Llamazon drone carrier. From here you can launch assaults on the ruined city via remote control warbots, cutting down the hordes and working towards a retaliatory strike against the Llamanati. You’ll battle through four llamanated war zones, expand your llamaments with exotic weaponry, and holy shit I was NOT kidding about the puns, was I??

Seriously though, don’t trouble yourself much with the story or the writing. They get some good scenes out of it in the pre- and post-level cinematics, especially when they delve into the mad science of a llama servitor race. But the meat of the game is murder, and it’s a thick, juicy cut. Each of the game’s four zones is divided into ten levels, those levels being randomly generated in both layout and enemy presence. Most levels have you executing waves of marauding llamas, but some have llama spawning zones that must be destroyed before their numbers overwhelm you. And lest you question the density or voracity of your foes, my kill count for the first set of levels in the game was up around 3,000. 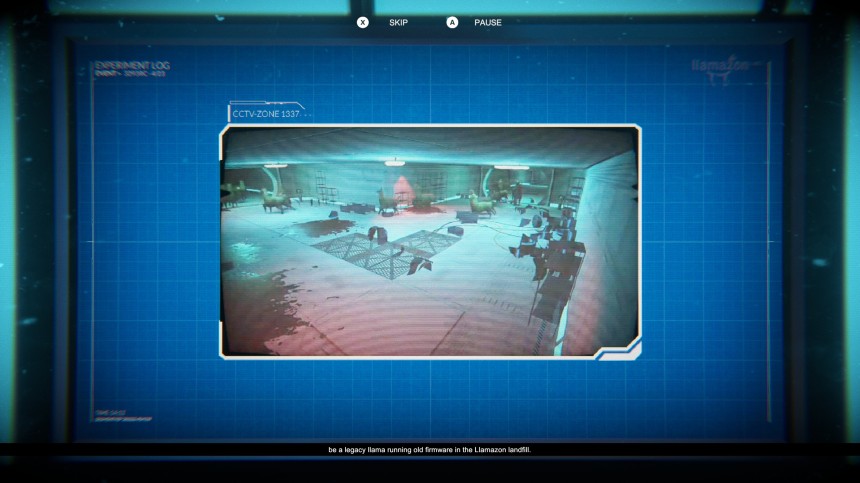 You’ve got a lot of killing to do, and your enemies are faster than you, more agile than you, and have some horrifying abilities later like viscous spit and acid sprays. Your mech is a nice big clompy thing with plenty of health, but that health has to get you through all ten levels. There are no healing pickups, and death means starting the whole run over again. It’ll take you a few tries to get the cadence of the game down, and even then the weapons are a finicky bunch. You have pistols and machine guns, grenades and rockets, lasers and flamethrowers, but quick weapons take several hits to kill and powerful ones are limited in clip size and fire rate. This isn’t going to be pure slaughter despite the appearance of such, because it takes a bit of strategy to make your weapons work while you dance your way out of trouble.

Fortunately you have plenty of tools to strategize around. Your mech has three innate powers, a shield, a dash, and a ground pound that all draw from the same energy pool. Used in concert they can get you out of loads of trouble, but you have to replenish your power stock off of drops from enemies. You can equip two weapons and one usable item at a time, which are dropped randomly by Llamazon delivery drones during battle. Weapons are arranged in tiers, with higher tiers unlocking after a requisite number of kills with the previous weapon. All are viable but they have very different playstyles, and you’re likely to find a set that always appeals to you like the homing missiles do to me. There are also challenges like destroying X objects or getting Y specific llama kills, and these unlock perks which can be found or earned by following certain paths through the levels. 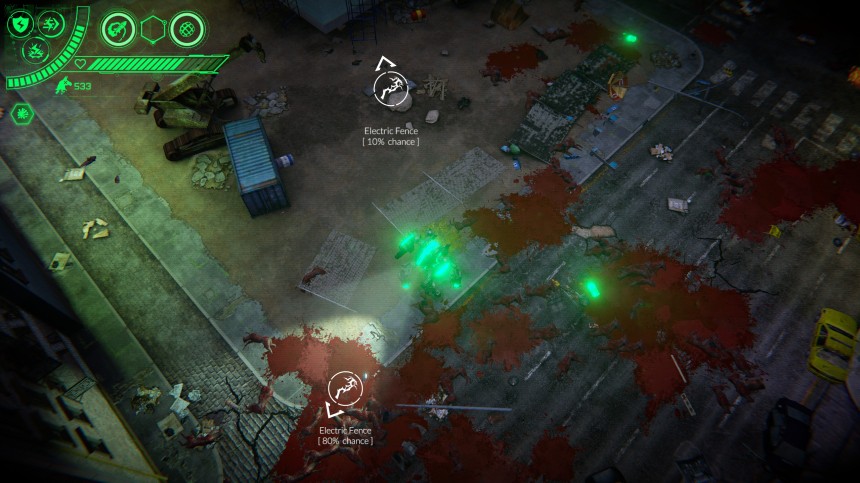 For a silly indie game there’s more depth to VALA than I expected, and the graphics similarly surprised me. The city is rendered in fine detail, with evocative lighting and loads of particle effects for gibbing llamas. The weapons are pretty satisfying and there’s a noticeable response when you take damage, though overall I found the sound design lacking. The music is pretty generic buttrock and some parts of the game are conspicuously missing sounds, like the whole mission start sequence on the carrier. Still, there’s much more to be pleasantly surprised about here than disappointed. I tire pretty quickly of arena games but I’m still dutifully slaying llamas, working my way up the weapon tiers and surviving a little bit longer every time I attempt the second area. No amount of llama puns can take away the fun I’m having here, and if I’m not careful I might start to like them, too.