There’s some kind of curse on the genre that prevents good sci-fi ARPGs from being made. I don’t know if it was the Chernobyl-level failure of Too Human or a simple lack of interest but nobody makes them, and the ones that exist are almost universally no good. Space Hack falls right in the middle of that auspicious pack, a game blindly following the lead of genre giants like Diablo with zero comprehension of why they were successful. Every part of the design here is boring, obtuse, or frustrating, made all the worse by how obviously it doesn’t need to be so bad.

Something happened to the colony ship Maximus, and the few survivors of the disaster are hunkered down on a hostile alien world. Apparently only one person among them is willing to forge forth and improve the situation, and I think his name is literally Hack. Your beefslab of a character will indeed need to hack and shoot through thousands of aliens to help the survivors piece their mission back together, finding plenty of loot and danger along the way in unequal measures.

I stretched that synopsis out as much as I could but understand there’s not even a proper intro. You get a black screen of text and then are unceremoniously dumped into camp to talk to all the mission-givers and vendors. You start with absolutely nothing, not even a weapon, so your first task is to go punch dangerous aliens in the face until they drop something useful. For me this was a god damned wooden bow, which I plinked away at monsters with until the durability about gave out. By then I had the cash for proper space weapons so I bought an ice pistol and went around freezing things to death until my non-regenerating energy ran out. Oh, and I kept almost dying to new monsters and was too poor to buy basic healing items. 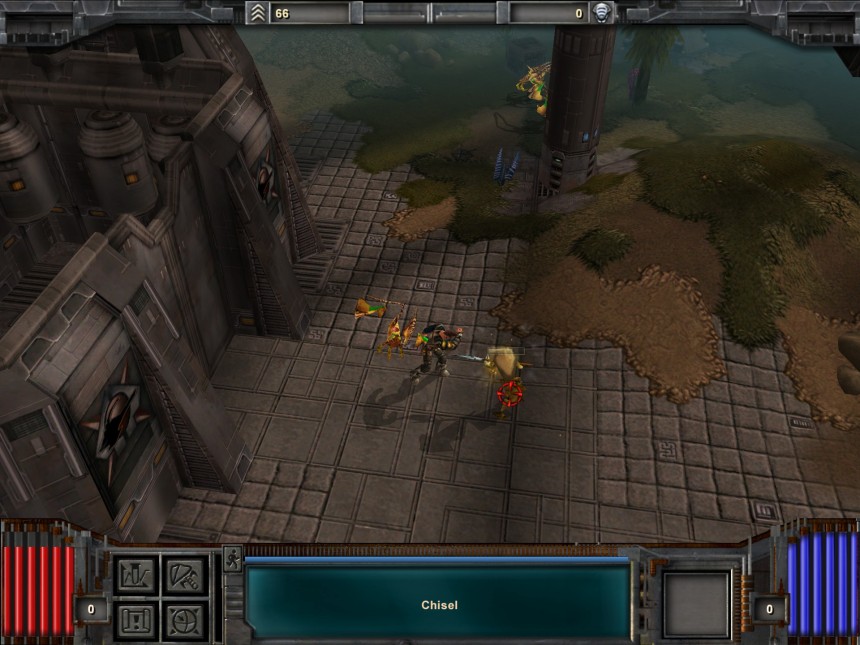 Is it worth unpacking everything wrong with my experience? I say sure it is, in the hopes that someone, somewhere will learn something from this travesty. Each map has a set number of enemies that don’t respawn, usually in the hundreds. Their aggro range is wildly inconsistent, and swings and shots can randomly miss with no visual or audio feedback. Common enemies in the first few areas can kill you in a few shots. There are no chests, crates, or even pots to smash to find stuff, it all just drops randomly from monsters. After killing maybe 300 monsters over 45 minutes, I had gained just a little over one level, which gets you some stat points. The combat was stiff, unresponsive, and uninteresting aside from all the shuffling I had to do to keep from getting killed in an instant. And if you die, you’re dead. Hope you saved recently.

Back in town, even more nonsensical designs abound. There are three different vendors for basic weapons and armor, sci-fi guns and things, and healing stuff. Items can only be sold to the vendor that deals in them. The healing vendor will heal you for free but not restore your energy. Quests describe things I haven’t seen at all, and have no indication of how to find. The text drags on and on in poorly-written prose and adds little to the world. Oh, and there’s only one male and one female NPC model running around camp, so things get pretty creepy pretty fast. 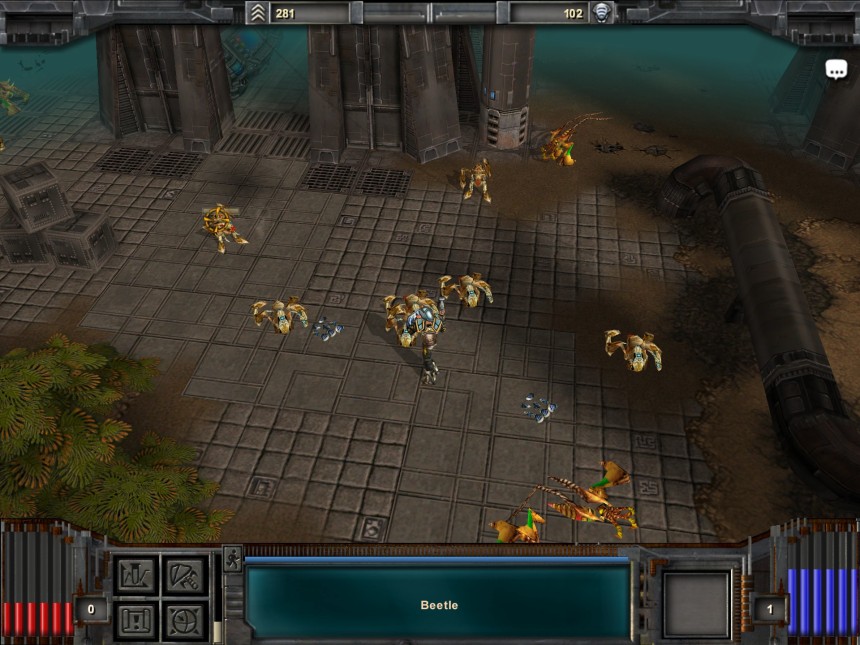 There’s more, so much more I could get into here, but I feel like I’ve wasted enough of my life on Space Hack already. It feels like a game that was never played by its creator, never iterated on past “space Diablo”, and never tested for any kind of fun factor. Every element of its design is anti-fun, seemingly designed to keep the player from extracting the smallest bit of enjoyment from the game. There may not be a ton of proper ARPGs on Steam to begin with, but even if you’re looking for a sci-fi-specific one you have every reason to pass on Space Hack.