Review: The Adventures of Square

Play episodes 1 and 2 for free at adventuresofsquare.com

So-called DOOM clones were in vogue for a big stretch of the 90s, inspiring a few additional gems amidst a sea of garbage. That whole period had a unique feel to it though, with its high-speed action and hordes of 2D foes, and it’s no surprise that some have worked hard to preserve it. New games in the classic DOOM mold are rare but Adventures of Square is one of the few that exists, and does a damn fine job of carrying the torch for that style. If not for the colorful, cutesy graphics you could be forgiven for confusing it with DOOM itself, but that unusual aesthetic only helps to set it apart as its own fine beast. 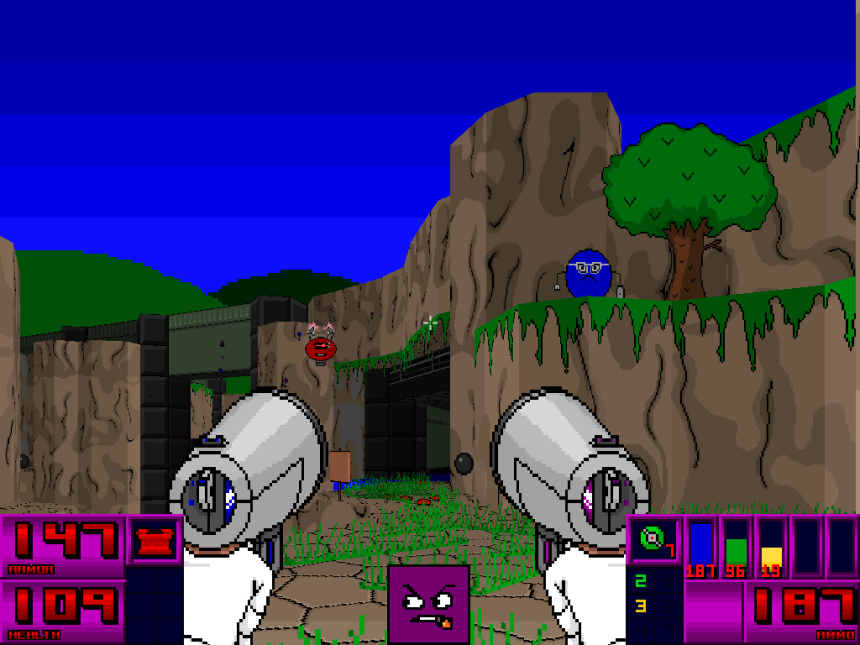 Shape Land is threatened by the Circle of Evil, a cult of all-around bad forms. They’ve kidnapped Doctor Octogon for nefarious purposes, and it’s up to purple badass Square to get him back. Starting right from his front door, Square will have to blast his way through the many bases and warehouses and strongholds of the circle forces to save the day. His trusty paint gun is sure to get a workout, along with the other gooey weapons you’ll find like the Oozey and Shotbow, all running off of different colors of paint. With keys to collect and plenty of secrets to uncover, it’s sure to be quite the adventure.

The Adventures of Square is built on the GZDOOM engine, a source port that starts with the basic framework of the old DOOM engine and adds modern amenities like mouselook. This also allows for larger, more complex levels than the original DOOM had and this titles makes the most of it. Right from the start you’ll be exploring huge sections of Shape Land, from villages and valleys to factories and fortresses. As I mentioned maps are loaded with secrets and alternate paths, as the overall design seems to be more open than most classic DOOM maps. You’re still hunting keys and switches to reach the exit, of course, but here it feels like a more complete journey. 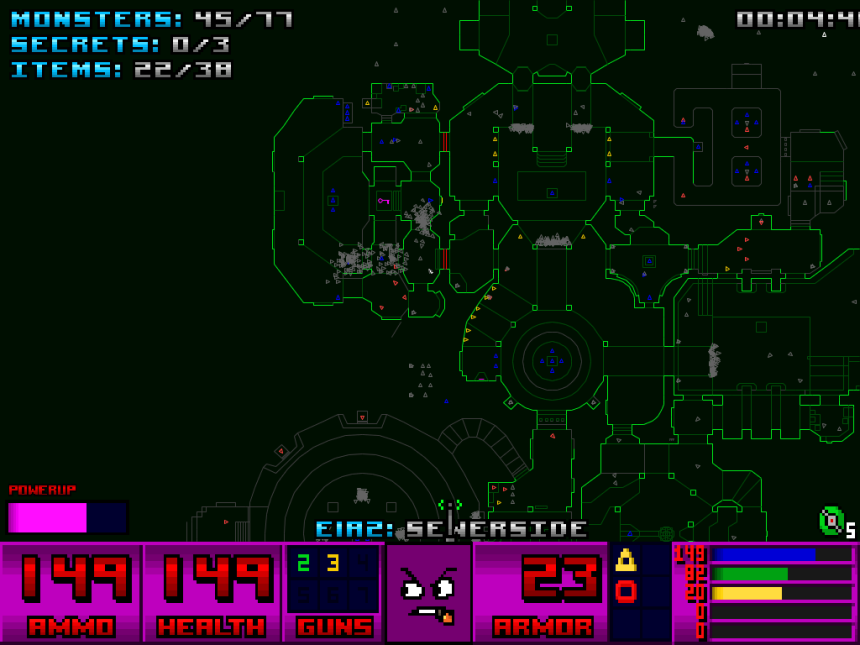 If you’ve played DOOM you know what to expect from the gameplay, lightning-fast movement and hordes of enemies to gun down. Your paint guns fill much the same roles as the original arsenal, and I have to applaud the developers for the absolutely absurd amount of gibs you get when you blast a circle minion to bits. Really the entire presentation is top-notch with its big, bold shapes and bright colors everywhere. It’s a very happy game, made moreso by the good times offered by the combat. Currently two of the game’s three planned episodes are complete, which should afford you several hours of running and gunning across an adorable cartoon world. I’d love to see more of these quality, cutesy action games kicking around but for right now, the Adventures of Square more than fits the bill.