Review: Nightmares from the Deep 2: The Siren’s Call

The original Nightmares from the Deep is a perennial favorite of mine, owing to how many innovations it holds over most of the hidden object genre. There’s a fine variety of hidden object challenges, the graphics are bright and detailed, the puzzles make sense, and a ghost pirate drives a goddamned galleon through a museum in the intro. All of these elements (especially the last one) primed me for the sequel, and while it comes close to the same level of quality it never quite eclipses it as I’d hoped. The Siren’s Call seems content to provide more of the same hunting and puzzling that The Cursed Heart did, which is still a sight better than most hidden object games you’ll find.

Once again you step into the capable shoes of Sarah Black, Caribbean museum curator and now experienced ghost pirate hunter. She’s in the midst of opening a collection about her adventures in the first game when a rain-slicked fellow shows up with a strange package. Armed fishmen show up in pursuit of said package, and following the ensuing battle you are whisked away to Kingsmouth, a remote island fishing village suffering under a Deep Ones-style curse. It’s up to Sarah to figure out what their devious mayor is up to, find a way to break the curse, and rescue an imprisoned siren before the kraken is released.

It’s no galleon smashing through a building but that still sounds pretty good, right? Despite the many curious facets of the story it never quite manages to thrill or surprise the way The Cursed Heart’s did, mainly because this one ends up being a very straight-forward rescue. The bizarre curse and the kraken and the siren are all tied up in the same mystical plot so all you really need to do is save the girl to fix everything. None of the characters are as interesting as Captain Remington was and your daughter isn’t involved, so Sarah herself doesn’t get as many good lines as she did before. Again, it’s serviceable and an improvement over most HOGs, but I was hoping for more. 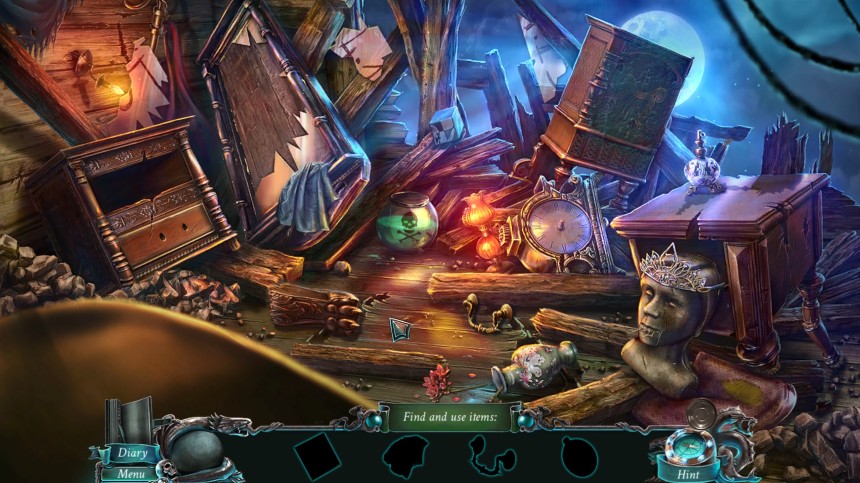 Look at me, going on and on about the story in a game like this. If you’re here to click on objects that are sometimes hidden, you definitely won’t be disappointed. Just as in the previous game, there’s a variety of scenes to puzzle through. Sometimes you have a dozen items to find, sometimes you’re assembling one particular item, and in my favorite ones you’re using a chain of items to unlock other items to eventually get to the one you want. There are a few scenes where you mix medicines or brew coffee, and then there are more standard puzzles to gently tax your brain. It’s those puzzles where the game stumbles a little compared to its predecessor, as they all seem more simplistic than before and have an unusual affinity for discs and rings.

This is really the key thing about The Siren’s Call, that all of its features are only as good or a little worse than those of The Cursed Heart. The graphics are still bright and detailed but not as interesting as before, though I will admit the character animations and cutscenes are the singular improvement here. The map feels smaller because of where it takes you, despite probably being about the same size as the previous pirate island. And even the backtracking the game makes you do is worse, excessive enough that I would suggest not playing on Expert so you can at least see when hidden object scenes are available again. 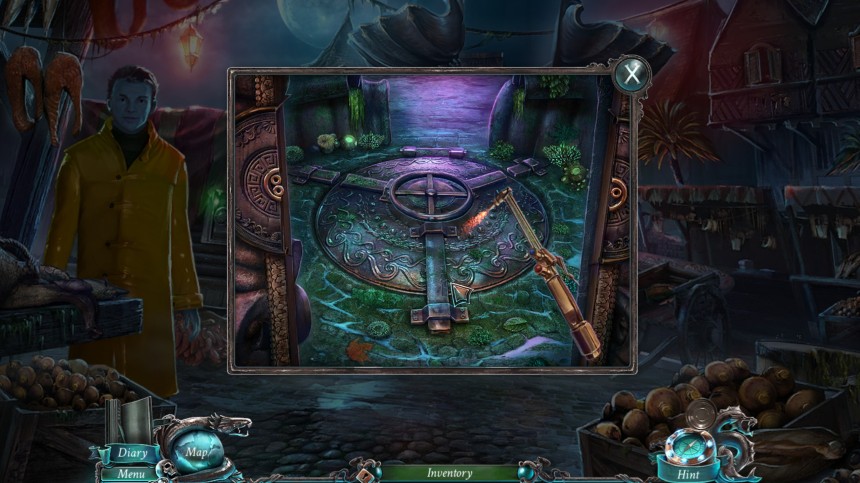 I know this sounds like a lot of complaining, but understand this is purely in relation to the previous game. The Cursed Heart and The Siren’s Call are both among some of the best hidden object games I’ve played in the genre, and both should be at the top of your list if these kinds of games are your jam. It’s just that the first one is conspicuously better than the second, and that’s really not how sequels are supposed to work. I expected better of Artifex Mundi, at least a few new bells and whistles, but all you’re getting is more of the same. It’s a very, very good same, mind you, so if The Cursed Heart left you wanting more, you’ll get it in The Siren’s Call.