We’ve spent plenty of time running around haunted asylums and schools, cowering from ghosts and zombies, enough so that fresh ideas feel divinely inspired. That’s no substitute for good execution but Unforgiving manages both, a solid horror offering with a rather different bent to it. Instead of fleeing the devil or the products of mad science, this one pits you against the creatures of Scandinavian myth brought to life. Lost in a deep wilderness that feels more and more unstuck from the real world, this unique take on familiar mechanics is made unforgettable by some choice aesthetic and encounter designs. 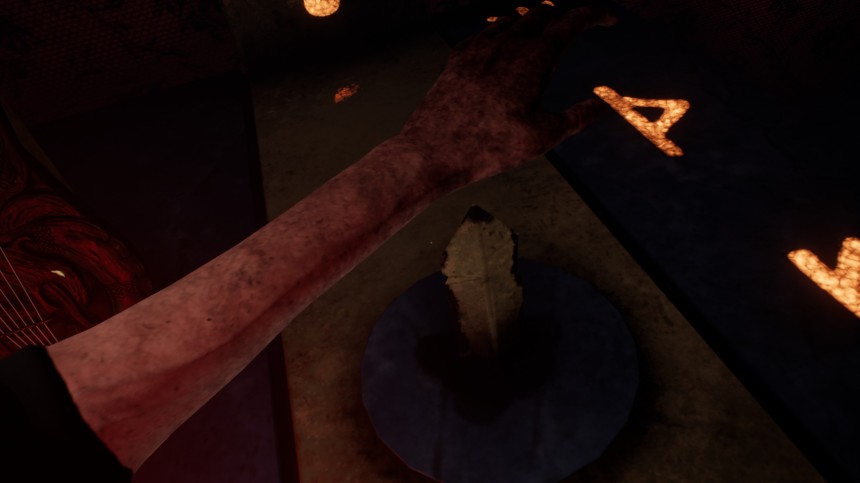 You play as a young woman who’s just awakened in the back of her brother’s car, bound tight as they speed through the woods of Sweden. She manages to extricate herself and give her bro a good boot to the head, which ends with them stranded in the forest. Together they attempt to make their way back to civilization which only leads them further in, finding the ruins of a rural village and the creatures responsible for that ruin. It’s up to you to guide this unfortunate soul, as she learns about these impossible beings and what trials they expect her to overcome for her survival.

The first thirty minutes of the game set an incredible stage for Unforgiving, one that excels at setting and defying expectations. Your long walk through the pitch-black woods ends with an unexpected chase and an absolutely brutal scene that primes you for a solitary trek through this cursed land. Between the excellent sound design and the restraint with which the game’s monsters are used, you’re sure to be lulled into a false sense of security just to have it ripped away by hands protruding through walls or forest spirits running you down. 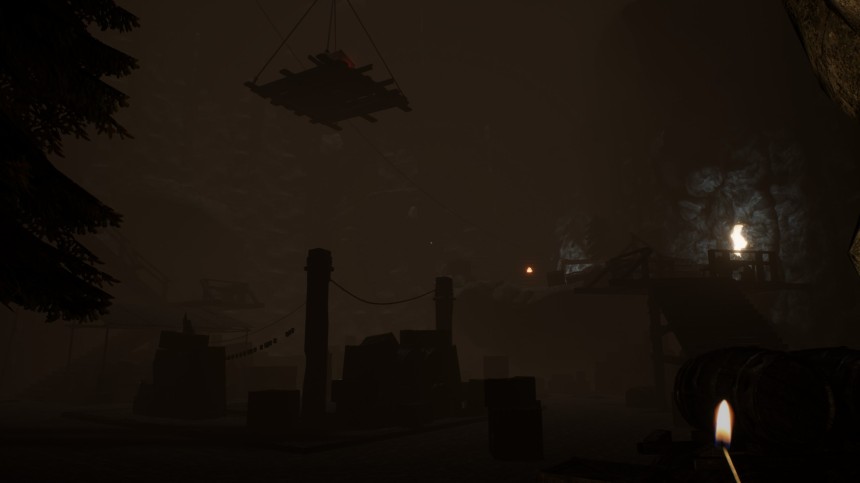 It’s deceptive, this one, and that’s what allows it to toy with your notions of safety as only the best horror games can. It’s not perfect, mind you, as there are definitely stretches of nothing that might allow some of that tension to abate. Much of the exploration is accompanied by menacing sounds that suggest danger is just around the corner, which it often isn’t. That one time it actually is, though, is going to get you good, but you’ve got to get through some slow points for those quick peaks to be effective. Unforgiving is one of those games that’s extremely effective so long as you don’t pull the curtain back too far, so consider how you’re willing to engage with it before diving in.

Fortunately, there’s plenty of ominous folklore to keep your imagination in the right place for this outing. The creatures that hunt you are pulled straight from Swedish and Norse mythology, with accompanying poetry and descriptions to flesh them out. Mechanically you’re still going to be sneaking around shambling monsters but hiding from lumbering trolls and drowned shades is a much more captivating approach than facing common foes. There are other mechanics that keep the game engaging, like managing a supply of matches for light and learning to play a mystical harp to solve the admittedly few puzzles in the back half of the game. 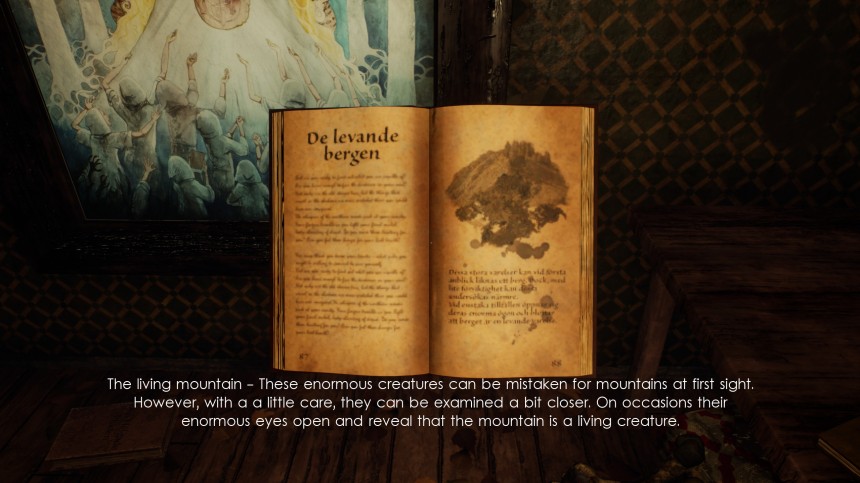 This harrowing journey should last you a good three hours, longer if you’re set on digging up all the folklore and creepy dialog in these ominous forests and claustrophobic caves. It’s not the longest or the most technically accomplished horror title out there, but the themes and atmosphere put it ahead of the pack. The tension of walking though the dark, alien woods, knowing that any sort of forest or nature spirit could come barreling at you is a heavy one, and the sound design sells it well enough that I can only play this one in short sittings. Unforgiving has the heart and the style to rise above the first-person horror scene, offering a unique and intense journey through the stuff of legends.