Sometimes it feels like every indie horror game on Steam wants to be the next big psychological horror breakthrough. It’s most apparent in all the Silent Hill 2 send-ups, the games where someone in your family is dead and oh no YOU killed them! But it’s hard to get inside a player’s head with that genuine, creeping dread or those troubling thoughts that linger, far harder than stalking someone with a monster. Nevermind takes a rather different tack than a lot of these titles, and while it might look similar the result is far more gratifying than what you usually get. It might not be heavy on the horror, but what you get is likely to stick with you for longer than you might expect.

You are the newest member of the Neurostalgia Institute, a space-age clinic with a bold new treatment for psychological traumas. Instead of laying you out on a chaise lounge and getting you to spill your guts, the Institute maps your subconscious onto a computer simulation that folks like you, the Neuroprobers, can enter. Inside the mindscape, you job is to find fragments of repressed memories and basically jiggle them loose, allowing the owner of said mindscape to experience the recollections they need to confront their traumas. You’ll get clues to what you’re looking for from introductory interviews but each subconscious is its own twisting landscape, and following those unwalked roads will lead you to your goal.

When you enter a mindscape, you’ll find yourself in a hub area with a big, empty board. The key memories you’re looking for appear as terribly artistic photographs, and collecting them returns them to the big board for you to order and resolve the case once you’ve found them all. Finding them, of course, will take you into symbolic representations of the events and traumas that produced them, which are tinged with varying degrees of horror. You’ll witness everything from suicide to war flashbacks, and stage fright to emotional abuse. While there are some spooky and shocking sequences the real horror is in the traumas themselves, very real experiences that more than a few folks have gone through which are represented in rather visceral ways here.

What I’m getting at is that Nevermind isn’t a particularly scary game, but it’s likely to horrify you in the ways a truly psychological horror game can. There are no jumpscares here, and moderate amounts of blood and screams. But you’ll be faced with people reliving abusive relationships, recalling physical traumas, and losing their very grips on reality. The implications are more frightening than the gameplay, and for a game like this I would count that as a success. The levels and memory hunts are pretty simple and hold few surprises, aside from some creative environment design. You won’t find much to interact with, no real side paths to explore, but unfolding the events of these peoples’ lives should be enough to keep you grimly engaged.

It’s also important to note that Nevermind has four cases (plus a tutorial case), and that’s it. They’re wholly independent of each other, with no connective tissue or metaplot to wrap it all up. You’ll solve these cases and end up back in your office, free to play through them again or mess with the recreational sims like exploring a beach or therapeutically flipping tables. You do get the option for Advanced Neuromapping after solving a case, which marks some of the extra details of each area as sorts of collectibles to check off a list. That’s pretty much all you get, enough to last you three to four hours and not much more. 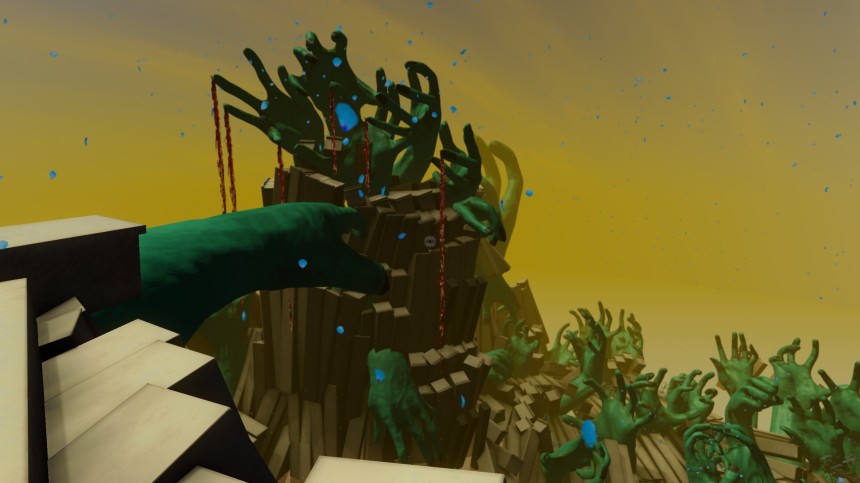 This isn’t the most ambitious or even unique horror title on Steam, but it’s one of the few that succeeds on the psychological horror track. Each case is a carefully-constructed window into a troubled psyche, one you can help smooth out by digging deep into the causes. The voice acting supports this effort admirably, and the graphics are clean and detailed enough to sell it. There are some additional gimmicks like bio-feedback, eye tracking, and VR that you can explore but my concern is the core experience, and it’s a good one. For a different sort of horror experience, one that’ll give you a little more to think about than usual, Nevermind is a title to remember.