As much as I love classic roguelikes, I have to admit a certain amount of fatigue with them. It’s not them, it’s me, of course… With so many turns to take and tactical considerations for each, it’s inevitable that I lose focus and die to a stupid, avoidable mistake. That’s why I tend to favor more modern action-oriented roguelikes now, but I do miss that mechanical depth from time to time. I feel like Unexplored must have been made for people like me, a fast-paced and engaging action adventure with frankly bewildering depth to its system, sometimes rivaling that of the genre’s greats. 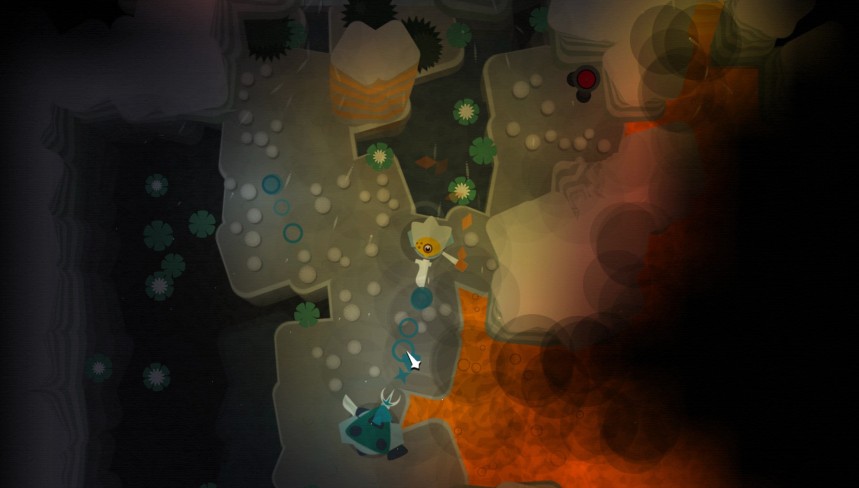 Remember the Amulet of Yendor? Yep, time to go diving in the Dungeon of Doom for it again. This time though you’re a fuzzy, one-eyed critter set to barrel through just about whatever gets in your way to find it. On each floor of the dungeon you’ll encounter treasures, traps, puzzles, pests, and plenty of mysteries to solve. Once you’ve mostly cased the place it’s on to the next floor, a little bit deadlier and hopefully more rewarding than the last. Much of your equipment and items will need to be identified if you want to use it safely, and there are all kinds of tools and artifacts to find and make use of in solving puzzles and reaching new depths.

If you parse that word salad you might think this sounds a bit like NetHack or Crawl, and you’d be more right than you know. There’s a lot that’s remarkable about Unexplored but we’re going to start with the mechanics because they keep impressing me more and more. You can find a wide variety of stuff in the Dungeon of Doom, from torches and flint to potions and wands to shovels and ropes, and all of it can be considered versatile. A torch, for example, needs to be lit on either a piece of flint or another fire source like a torch or brazier or incoming fireball. It’ll go out if you dive in deep water, it keeps you warm and dry in cold levels, it keeps small enemies like bats at bay, it can light other objects on fire or ignite flammable gasses, and it provides light even in magically-induced darkness. 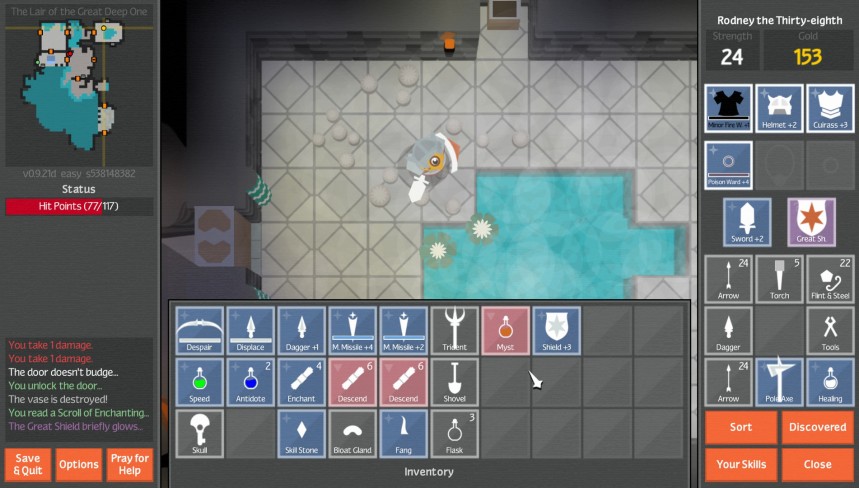 And that’s just a torch! You can chuck potions to render their effect on enemies, you can use flasks on any liquid (and many other things) to gather some, you can set forests ablaze, and so on. The interactions here have incredible depth, and you’ll need to work out at least some of that to survive. Fortunately there are helpful books scattered around that give you clues to recipes, hidden treasures, and upcoming challenges. The longer you play the more deft you’ll become at using your tools, as well as solving the many puzzles posed in the dungeon that require special conduct or reasoning to overcome. Sometimes just getting out of a room or locating the stairs is a bit taxing, but the promise of new secrets to unravel is a compelling reason to press on.

Another reason is the incredible variety of levels you’ll have to explore. You may have already heard about Unexplored’s level generation but it bears repeating: This is one of those rare games where every run feels like an entirely different adventure. Whatever it is that’s going on under the hood allows the game to craft networks of caves, lakes, chambers, and fortifications in just about any configuration. I’ve seen frozen cisterns choked with fog, puzzling temples of switches and locks, water-logged ruins hiding a necromancer, a giant rat guarding a pitch-black labyrinth, and burning pits of sulphur guarded by flame-spewing turrets. Each of those examples I’ve only seen once after hours of play, and not once have I seen a room where I could say “oh, I remember what to do here.” 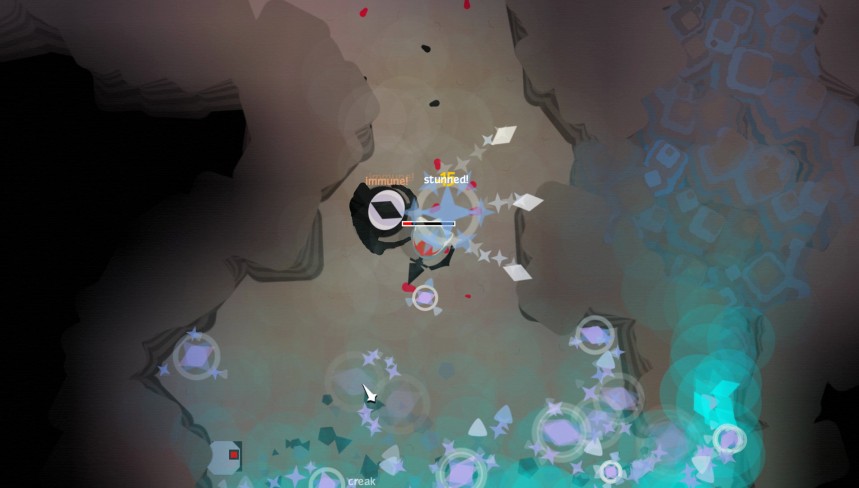 Much of what has been mentioned already comes standard with the original giants of the genre. Those features are far, far rarer in real-time action-oriented titles, and that’s what Unexplored brings to the table. You’ll control your fuzzy little hero with WASD and the mouse, allowing you to sidestep attacks and outmaneuver your foes to land killing blows. The actual combat is a clever evolution of bump combat, really. Both your main and off-hand items are always out at the ready, and in the case of blades they damage just by touching foes. Most have additional active attacks like swings or jabs, and every time you use one or land a hit your weapon has to cool down for a moment. Enemies play by the same rules and have shockingly clever AI for baiting out attacks, flanking, and challenging your spacing.

The combination of deep systems and tricky combat gives Unexplored a steep learning curve, but certainly not an insurmountable one. There’s a lot to learn about best practices for surviving the Dungeon of Doom, and getting used to the movement and attacks took me several hours to get comfortable with. You won’t find any meta-progression here to circumvent those challenges, but the unlocks there are provide compelling rewards. After each run you can use the gold you found to buy additional starting gear with, and new gear and classes are unlocked by completing the game’s achievements. This can help lead you in particular directions in terms of conduct, and help you gain knowledge about the game’s systems which proves to be the real challenge in mastering this one. 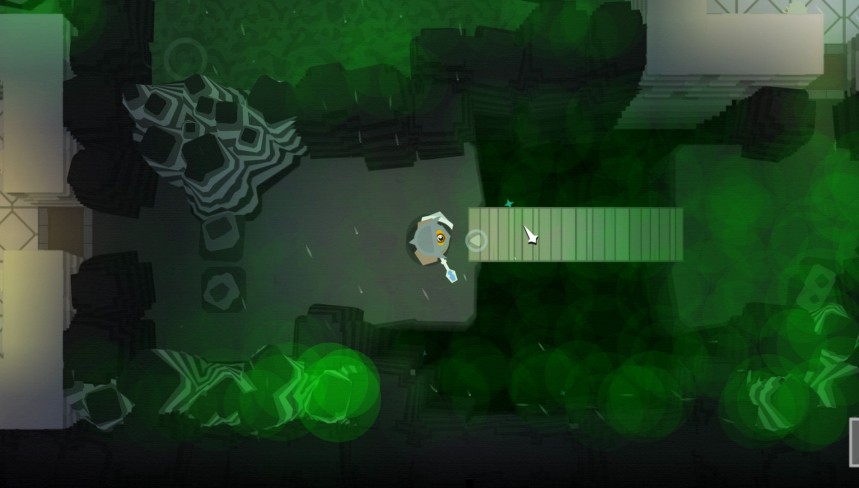 I don’t think anyone who considers themselves a roguelike fan can afford to overlook Unexplored. It’s a polished, engrossing attempt to bring classic roguelike mechanics into a modern gameplay structure, and it works beautifully. The graphics are simple shapes and flat colors but it fits well with the humorous tone and focus on fundamentals. Special attention should be given to the sound design, rife with rich creaks and clanks and helpfully subtitled when coming from unknown areas. There will always be something more to find, something more to appreciate in this title, and if that doesn’t make for compelling gaming then I don’t know what does.