Style can have a huge impact on a game, and it’s not even a matter of having a good one. Not everyone is going to agree on what styles are good, or even which style best matches a particular game. I doubt folks are going to agree on Rabi-Ribi’s style, for example, because not everyone is looking for a bunch of boobs in their face while they explore a sprawling metroidvania. But it turns out that for even the most disinclined players, it’ll be worth pushing past the spectacle to see just how deep this rabbit hole of gameplay and adventuring goes. 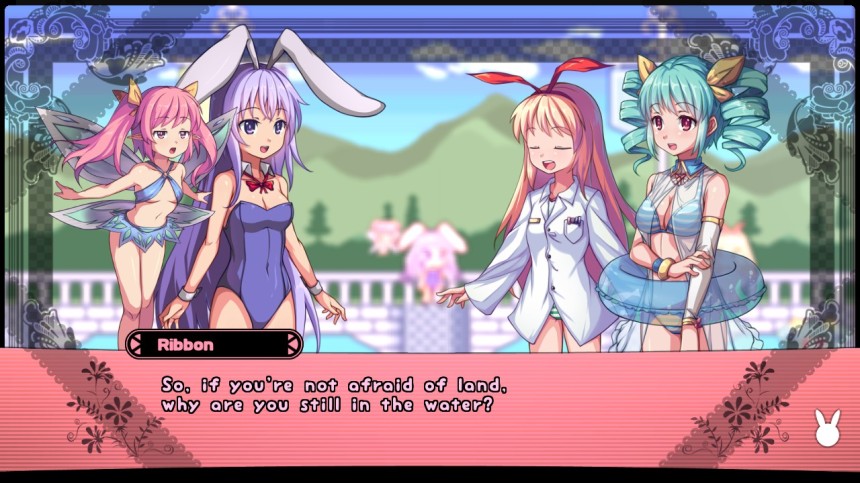 Erina is a bunny, like literally a fluffy, cotton-tailed rabbit, until she awakens in a mysterious world as a full-figured woman. Lost without her owner, she ventures forth into a land full of strange new sights (even for a transformed bunny girl). She meets tiny fairies, including a rambunctious one named Ribbon who joins her quest, as well as mad scientist girls, catgirls, immortal demigod girls, and weird bunny-obsessed girls who will try to magic you to death. Through all of this chaos your sights are on getting Erina and her owner back to the world they know, but it’s going to take a lot of friends and a lot of fighting, especially when the dark cracks around reality begin to show.

So obviously this game has a specific audience, if the busty animal girls and fairies that wear nothing but ribbons didn’t give it away. It’s not all mindless, mind you, as the dialogue is at times very playful with the art tropes and there are even some rather poignant creeper photographer enemies later in the game. But they’re still tropes, and unless you’re the target audience for it it’s not going to do anything for you or the story. By the same token, it’s not the point of the game, so if you’re okay with beating bikini-clad princesses down with a clueless Playboy bunny you should be able to enjoy the rest of the bright, charming presentation. 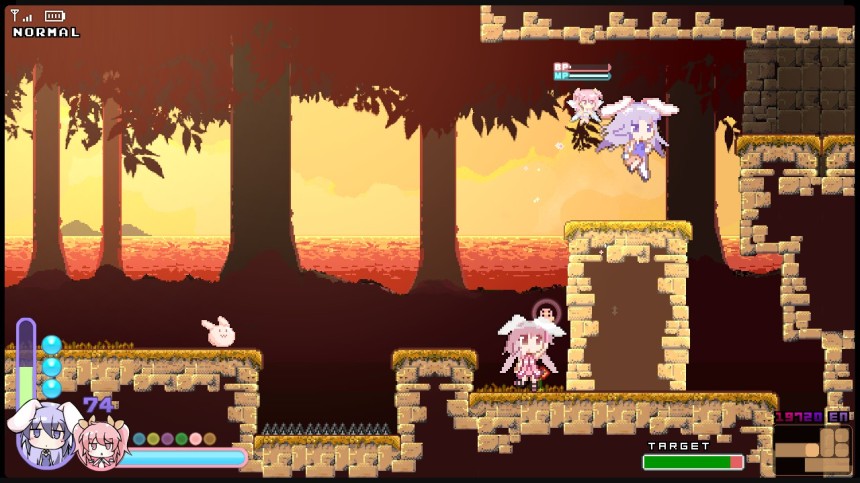 Beyond the boobs (if such a place even exists), Rabi-Ribi is quite the sprawling metroidvania. The first hour or so leads you around with gating, objective markers, and lots of cutscenes to get you properly introduced to the world and its inhabitants. Once you’re set up with your allies, the game proceeds in a chapter structure where you go out and find new friends to invite back to your burgeoning little town (by beating them up, obviously) until you have enough to open a portal to a boss or something more sinister. The story is shot through all of this, stopping you periodically for dialogues between Erina and Ribbon or interjections from your friends, and if you’re not in the mood for reading it can honestly get to be a bit much.

When you do have control of Erina, you have a good spread of powers and unique attacks to use. Her favored implement of destruction is the squeaky hammer, which she will unlock new moves and combos for as she uses it. That’s true of all her abilities and Ribbon’s attacks, they’ll level up and gain new capabilities through use. Erina’s hammer uses fast-charging stamina to swing so you’ll need to actually time your attacks, and Ribbon’s ranged magic costs MP which limits how much you can spam it. Most enemies aren’t very challenging though, leaving you plenty of time to explore the vast world and search for upgrades and secrets. 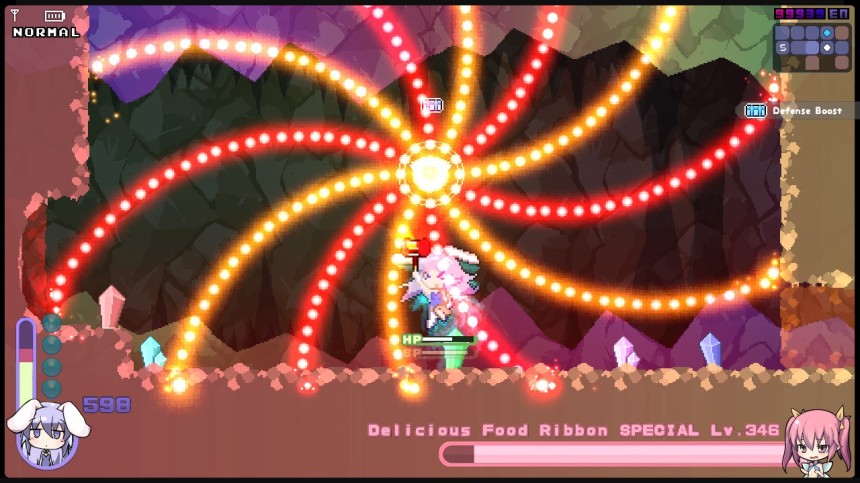 The bosses are where most of the challenge lies, and they’re a definite highlight of the game. Erina doesn’t have much luck making friends most of the time, so the other animal ladies you run into will want to throw down before buddying up. These fights are very much bullet hell showdowns, with all kinds of attack patterns and beams and gimmicks to deal with. Thematically they’re very much in line with the girl using them, like the scientist throwing vials of chemicals and blasting you with lasers and the Egyptian princess attacking with her staff and sliding walls. Erina’s hitbox is actually tiny and you’ll need to learn that to survive, because attacks can come pretty fast and dense as you whittle down their substantial health bars. They’re thrilling fights, though, enough so to be a major driver that keeps me moving through the game.

There’s a lot more to the game than that, which is what really sets it apart from other metroidvanias. The main adventure can take upwards of eight hours, with dozens of friends to haul back to town before buttoning up the plot. Town inhabitants also offer you temporary buffs and passive upgrades, and you earn a special ranking with each depending on your performance in the fight against them. You can buy stat and ability upgrades in town, and find others in the wild, and also unlock badges that can be equipped for additional bonuses like those in Hollow Knight (I know this came first, it’s just for reference). And if somehow you need even more bunny girls in your life, there are multiple gameplay modes and difficulties to explore, and a whole library of DLC. 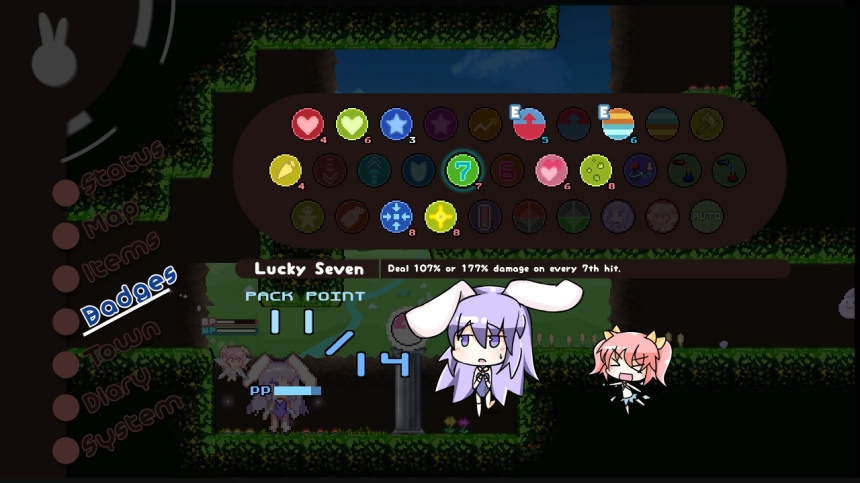 Look, if you like platformers and anime girls, you’re all set here. The gameplay is solid and robust, and I’m not even going to make the adjoining joke about the characters. I can totally see the art style being a hangup for some, but there’s nothing objectionable in the game beyond appearances. The sound design is less exciting with pretty weak effects and that overly-peppy music you get in a lot of cutesy Japanese games. Aside from the presentation, though, you’ve got a metroidvania of impressive scope here. Rabi-Ribi is big on action and exploration, which should be enough no matter how you might feel about the style.