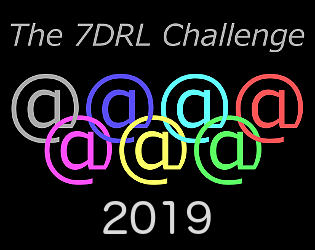 It’s the season to die a bunch of senseless, hilarious deaths again, and no I’m not talking about Roguemas! The 7-day roguelike challenge has come again, running from March 1 to March 10 and seeing indie developers great and small take only 7 days during that period to crank out a functional roguelike. With well over a hundred successes this year, there’s plenty to pick through and plenty of fantastic ideas on display. I streamed a couple of the browser-playable ones last week on Twitch, so that’s what we’ll cover today, and I’ll save the downloadable ones for another stream or rainy day. Check out the full assortment of entries here, and let me know if you find any gems! 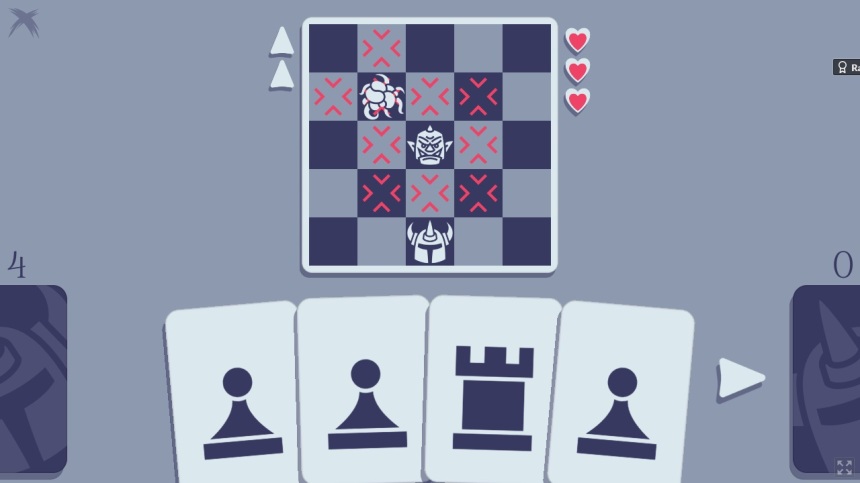 There were several card-based roguelikes gracing the list this year, but this was definitely one of the most unique because it didn’t just stop at cards. Pawnbarian plops you onto a 5×5 chessboard, facing enemies that attack the surrounding squares every turn. You get to make two moves per turn, though, and those moves are defined by cards with chess pieces on them. Your intended move has to match the chess rules for the piece on your card, selected with an intuitive set of pop-up arrows. It’s a very unexpected style of gameplay, complicated by foes that attack all squares around them and even their own square once defeated. But it’s extremely gratifying to master, especially once you start collecting additional cards from beating levels. They’re already planning to expand this one into a full game, and I am very much looking forward to that.

Can you think of another roguelike where you play a winged stag of myth? Yes? Oh, okay… well what about one where the whole dungeon rotates around you? Playing out in a traditional-looking ASCII dungeon, Peryton has you exploring a network of caves after losing your power of flight. Left and right rotate the entire dungeon, leaving you just two options for moving yourself around. One is a single-tile hop that pushes and stuns enemies, the other is a rushing attack that doesn’t stop until it hits an enemy or a wall, and does actual damage. If you can make it down ten levels of this enchanted place you can claim victory, but there are a lot of strange and unfriendly creatures in your way. Definitely give this one a try if you feel like a new perspective on the genre, and don’t get motion sick easily.

You’re a bear! Being a bear should be pretty simple, right? Not when stupid humans get in the way! BearRL plays out over an entire year of seasons, starting with you rousing from hibernation and scrounging for food. Obviously stuff like fish and berries are ideal for keeping your energy up, but even sprouts and flowers will sustain your massive furry bulk for a time. As the seasons roll on, humans will arrive to chop down your precious trees and erect their own homes. Eating them is an efficient way of  ending the threat temporarily but will hasten the arrival of hunters, whom you do not want to be caught in line of sight of. Persist long enough and you can retire to your cave to hibernate and start the whole cycle over again, for as long as you can stay smarter than the average bear. 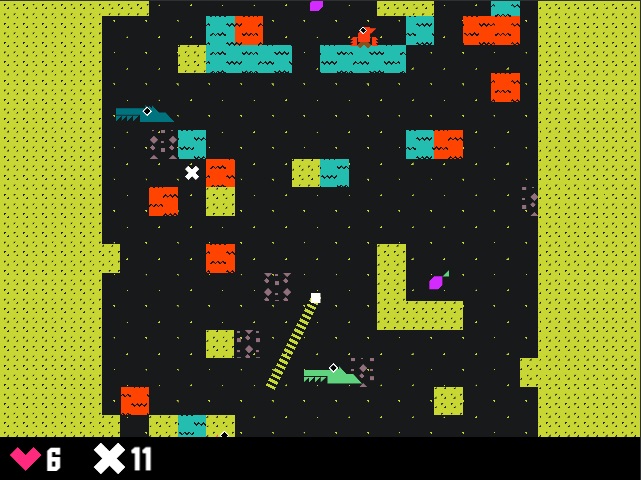 Roguelike golf sims are obviously an underrepresented genre, but now you at least have golfito to putter around with. Your unusually-squared ball is dropped onto a chaotic course of walls, traps, and hostile animals, and you must whack it up to the hole like some kind of momentum-based Airborne Ranger (C64 reference!). You’ve got health and strokes to work with, where every shot you take consumes a stroke but landing in lava or the jaws of some angular beastie will cost you life as well. Fortunately you can pick up extras of both along the way, if you can maneuver your ball into the pickups. Controls are as simple as clicking, pulling back, and letting go of the ball, but finessing shots through fire and flamingos is anything but simple. Apparently this was the product of less than 24 hours of work, so imagining a fuller product from this dev definitely gets my woods ready to drive! 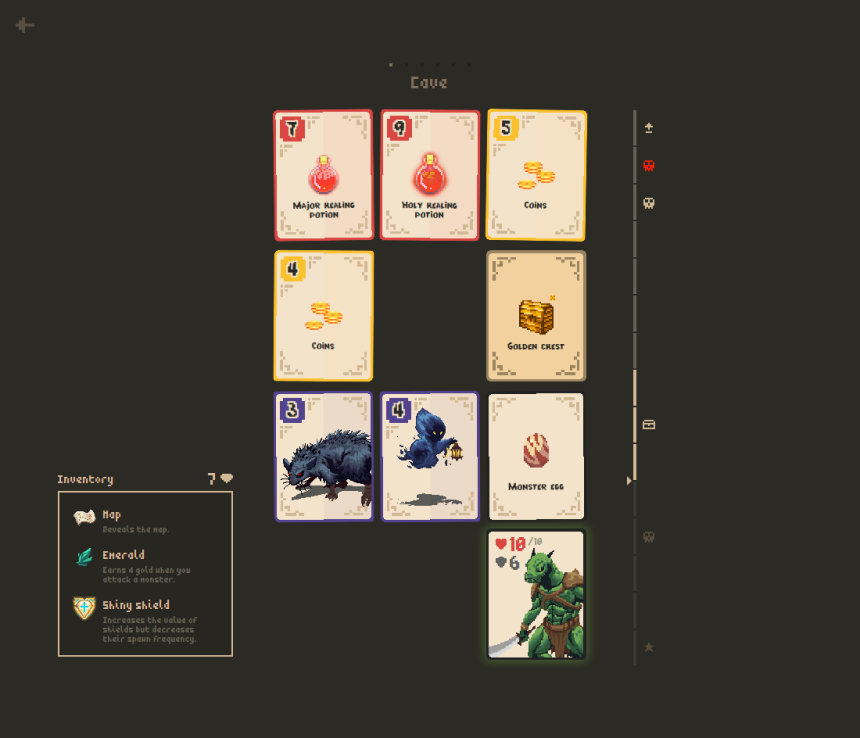 We started with a card roguelike, so let’s end with another, albeit very different, card roguelike. Forward is so named because you are forging ever forward (never backward) through a dungeon of cards. You can proceed to the card in front of you or the ones to either side of that one, and you path determines which cards you have to pick from in the future. Obviously you want to augur towards treasures and items but sometimes enemies are unavoidable, and they do their full damage to you when you pick them OR land in front of them. That means you need to prioritize paths with no monsters and shield pickups, but in an interesting twist shields are not cumulative, new ones just replace old ones. There are a lot of tactical considerations in this one, which is surprising for a game where the only real choice is which of three spaces you want to move to. You’ve even got multiple classes to unlock and play as, making Forward a solid choice for short, tactical breaks.