I remember a lot of apprehension when Risk of Rain 2 was announced. It wasn’t unwarranted, either, as the jump from 2D to 3D has been dire for more than a few franchises. I wasn’t super hot on the original Risk of Rain either, owing to how sloggy the combat could be if your build didn’t keep up with the hordes. But all those concerns melted away in my first few minutes with the game. Risk of Rain 2 benefits so much from the move to 3D that it’s almost hard to believe it started as a side-scroller, with free movement and open arenas allowing you so much more control over encounters. And I can only assume it’s going to get better from the handful of foes and levels it has now. 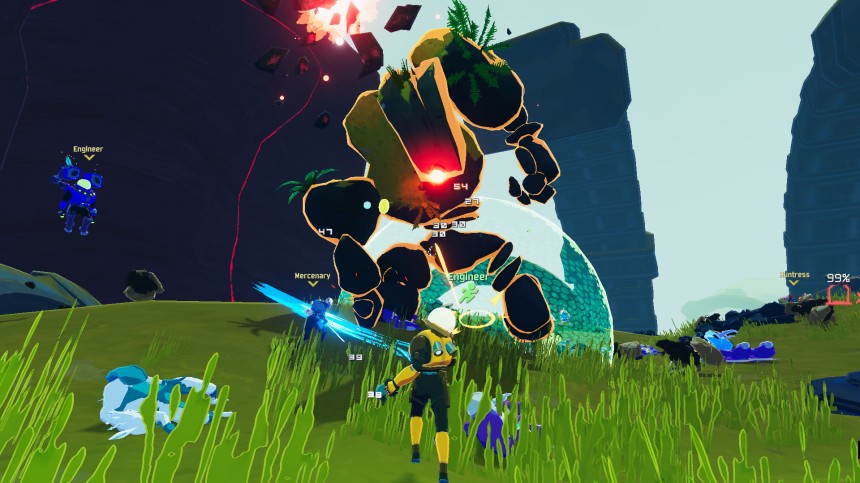 The story in these games is always a pretty big question mark, but the premise at least is simple enough. You’re some kind of space badass, landing on a bizarre alien world full of things eager to teleport all the way over to kill you. The only way to progress through these realms of slaughter is to find and power up a teleporter, which of course will attract the attention of things far worse during the charging phase. On a happier note, the planet is dotted with mystical shrines, drones in need of masters, and cases full of suspiciously powerful items, all of which can enhance your survivability if you can wrest enough coins from your foes to pay for them.

At this precise moment, Risk of Rain 2 is a loop of six levels, each a wide-open space of fields, cliffs, walkways, ruins, and other features to explore. The map itself is always the same, save for minor differences like some doors and caves being open, but the layout of loot and the location of the exit teleporter is always different. You are free to explore to your heart’s content as enemies teleport themselves into your vicinity to murder you, but just as in the first game the difficulty rises as time passes. The main challenge of the game, then, is balancing your exploration for more powerful gear against the need to press on as your foes become stronger and more numerous. Once again, this is a balance that will take time to learn, and may end with you dead in the very first stage a few times as you seek to find it. 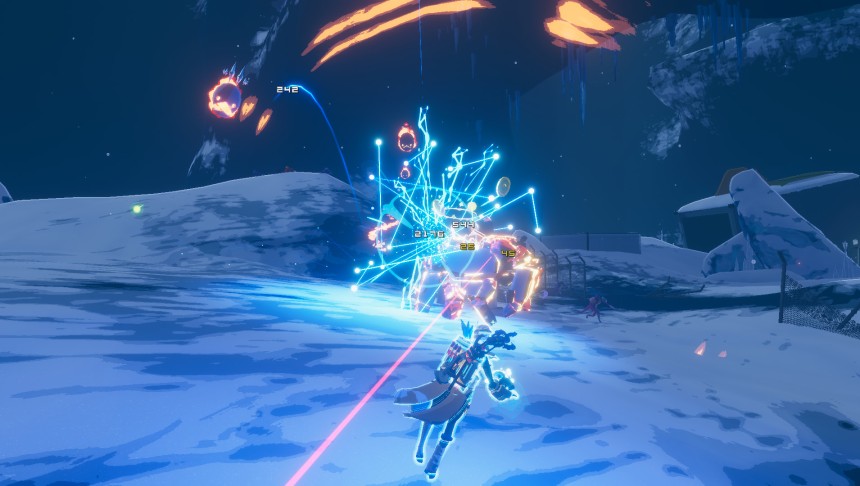 The big difference between the first and second games now is the pace of the action. In Risk of Rain you often found yourself corralling foes into a stack to whittle down, boxing in enemies and chewing through them gradually. Part of the reason for this was your low movement speed and lack of mobility options in platforming. All that is out the window now, and not just because of the addition of a third dimension. Relative movement feels so much faster here, with a dedicated sprint button and more dramatic movement abilities for the different classes. Items that add additional jumps are also pretty common drops, but more importantly enemies can no longer box you in. You’re free to circle around foes, weave through crowds, and retreat in any direction if things get too intense. You have to stay in the vicinity of the teleporter to charge it but that’s still a sizable arena to work with.

For the most part, the grinds against enemy health bars are gone as well. There are certainly some enemies that need further adjusting but the overall experience feels balanced more for cutting down big groups in a hurry. This is facilitated by the builds you can get going, featuring powerful pickups that conditionally enhance your damage or add leaping electrical attacks or explosive effects, all of which can be stacked with themselves. They say it right on the store page, they want you to exploit these items, creating builds that will tear through your foes like some kind of super-science reaper. These items will be familiar to fans of the first but it’s easier to get a build rolling in this one, possibly due to your greater relative power compared to your foes. 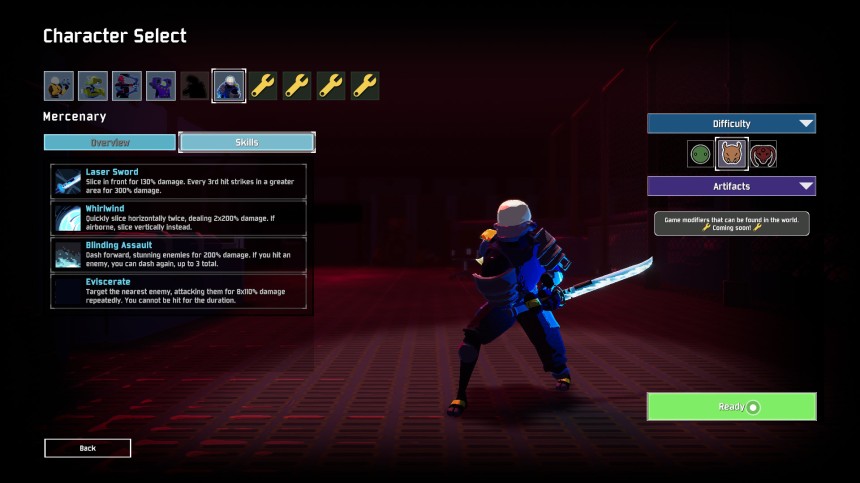 There are six classes to unlock and use in the game now, from the familiar shootyman Commando to the nimble Huntress with her homing bow to the absolutely mad techno-magician Artificer. More levels and classes are coming prior to the full launch early next year, as well as the game-altering Artifact system from the first. Right now you can enjoy some wonderfully chaotic drop-in multiplayer (which works like a dream compared to the first game) and daily challenges, the staple of modern roguelikes. All you really need is that core loop of looting and shooting, though, because it’s absolutely sublime here. I never expected Risk of Rain 2 to outperform the original so completely, but the move to 3D has treated it incredibly well. For wild arena combat and fast-paced adventuring, this one is hard to beat.