2012 was a very different time for puzzle platformers on Steam, considering there weren’t literally thousands of them elbowing in on each other. It was easier to stand out, expectations weren’t as high… and there were fewer folks around to notice, too. Games like the Adventures of Shuggy could easily be lost amidst the deluge of modern platformers, and that would be a shame considering how varied and creative it gets with its puzzling. You can certainly find more polished platformers now, but it’s not so easy to find ones with this much heart. 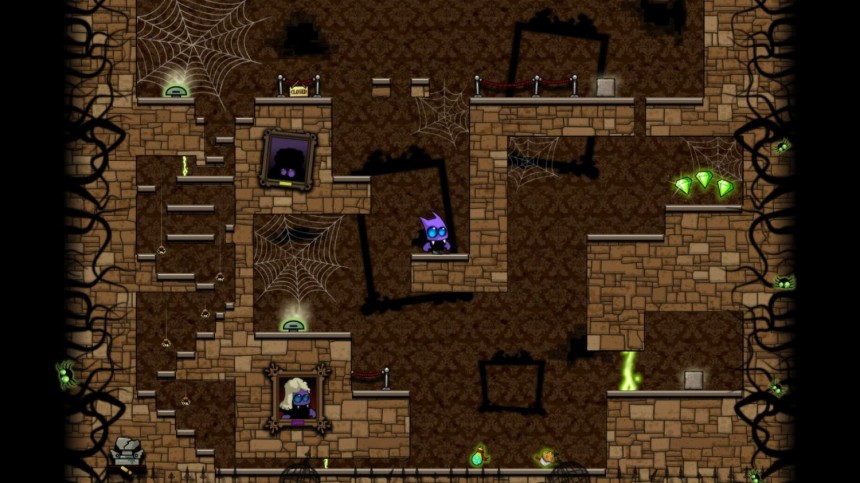 Adorable bat-critter Shuggy has inherited an entire castle from his late uncle, but it’s a bit of a fixer-upper. The walls are seething with steam, the halls are overrun with ghosts and ghouls, and everything is locked up tight. The only way he’s going to clean the place out is by visiting all 100 rooms and gathering up the gems hidden away in each chamber. It’s not as simple as just tidying up, though, because like any good haunted castle this one has spikes, lava, rotating rooms, levitating platforms, and all manner of insidious traps. Only a keen puzzling mind can make it past these obstacles, and that’s where you come in.

After a charming motion comic setting up the premise, you are deposited into the dungeon of Shuggy’s new castle. There you’ll find 25 doors to puzzling chambers, as well as locked passages to other parts of the castle where the rest of the rooms lie. Only a few rooms are open from the start, but clearing one tends to unlock the ones adjacent to them. There’s a boss at the end of each area you’ll need to tackle, usually by using some of the platforming skills you learned along the way, but the main challenge is the vast array of puzzles to solve on your route to the big bad. 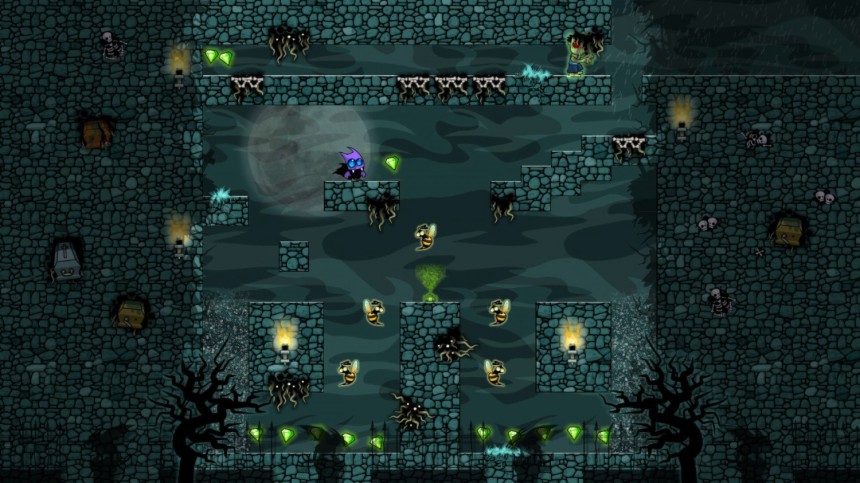 What makes the Adventures of Shuggy so great is the wide variety of puzzles you’ll be working towards. Right from the start you’ll be getting interesting gimmicks alongside more conventional challenges, and even an hour or two in the game will be introducing new mechanics. Some are familiar, like switch-operated force fields, rotating rooms and sections, gravity-flipped rooms, and so on. But others are far more creative, like the rooms where time repeats and you use your temporal doubles to open paths for you. Or the magic rope, which can be affixed to machines and swung from like the ninja ropes in Worms. The game is very careful to ease you into these gimmicks with simple rooms, and then escalate them to brain-busting challenges by the final areas.

I’m not going to call this the most creative or robust puzzle platformer around, but it features a fantastic spread of challenges that guarantee those 100 rooms will never get tedious. The layouts vary radically as well, with tight one-screen rooms, wide, scrolling rooms, outdoor rooms, and more. They’re done up in bright 2D sprite work that’s entertaining if a bit busy, and Shuggy and his foes are similarly garish and charming. There’s a lot of love put into the animation, but overall it does end up feeling a bit unpolished in the movement and collision, more like a Flash or early GameMaker title than the top-shelf platformers we have today. Just go in expecting adorably indie and you should be fine. 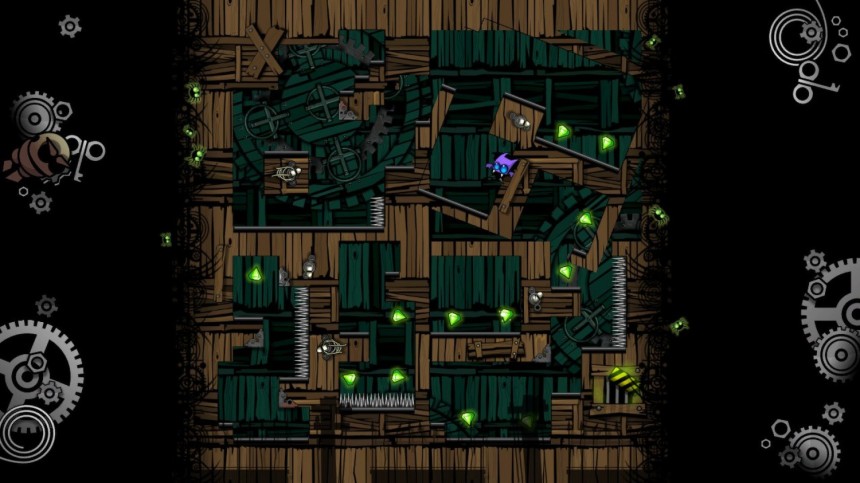 A lot of platformers in the endless offerings of Steam don’t really stick with me, but Shuggy has for years. From the cutesy characters to the clever chambers, it’s an indie darling that does exactly what it needs to satisfy. It doesn’t stand out so well, owing to its feel and simple presentation, but once you find it I’d be surprised if you didn’t fall in love with it. The Adventures of Shuggy is packed full of great puzzle mechanics and loads of ways to experiment with them, all wrapped in a terribly charming aesthetic. It’s a game I’m glad I found years ago, and the type that still holds up whenever you manage to find it.