The greatest danger to any survival game is falling into a rut of tedium, because the actual process of feeding and sheltering yourself isn’t really all that fun. Subnautica has led the pack for years because it heavily prioritized exploration and construction over menial tasks. Seeds of Resilience brings a novel approach to the survival table, one based more on turns and time management than hoovering up resources. It’s an interesting take, one that takes the emphasis off action and puts it on careful planning and foresight. That won’t be everyone’s cup of wilderness tea, but folks looking for a more methodical simulation might find it a welcome change. 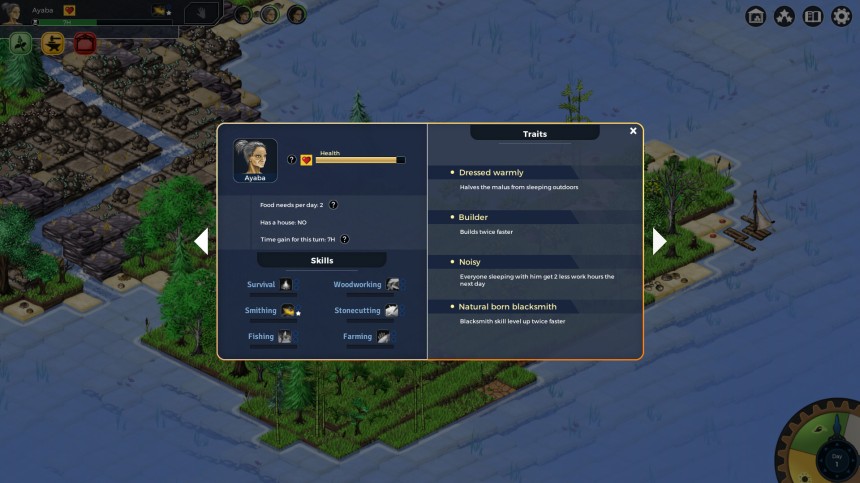 You’ve got your choice of twelve missions to attempt or a wide-open sandbox mode to enjoy, but either way you’ll be picking three castaways to strand on an island. Your job is to shepherd them into finding sustenance, establishing shelter, and expanding their capabilities until you can achieve your goals. Generally that’s going to be building a specific kind of shelter, stockpiling a silly amount of some resource, or just building a boat off the island. Every day you’ll pick tasks for your survivors to complete based on their skills and their energy, and over time you’ll start to learn how the resource flows work and what you’ll need to focus on to keep your people going.

What’s unique about this setup is that it’s entirely turn-based. You’re not pointing and clicking your people around the island, or running around yourself to punch trees. You’re presented with an isometric, 2D look at the island (or islands), and menus to order your survivors around with. All of their actions are menu-based, and all take some amount of time from their energy bar. Providing sufficient food, shelter, and comfort will give them more energy to work with each day, so improving their lot on the island will have a snowball effect on their productivity. 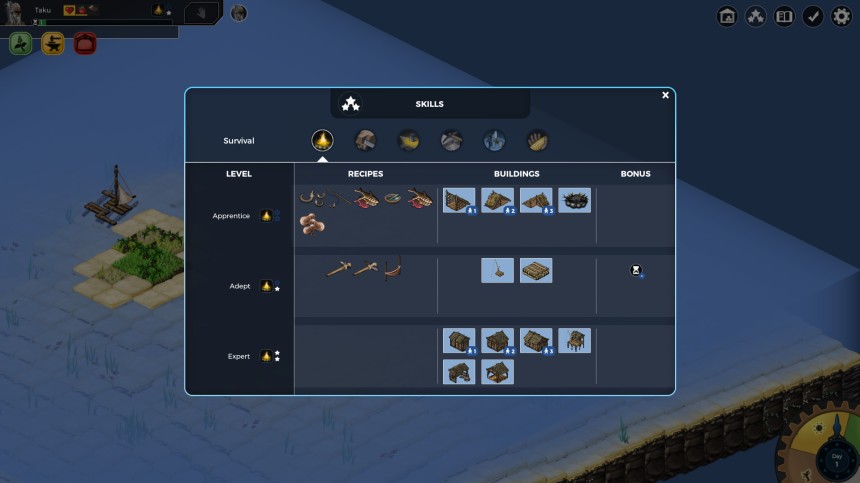 The thing to remember here is that this isn’t an active game at all, despite the rather crisp graphics. All the visual of the island does for you is give you resources like trees and rocks and seeds to click on, which is how you order your people to do something with them. If anything the visual aspect of the game is more akin to a hidden object game than a simulation, challenging you to find that last bamboo shoot or clam hiding just out of reach. The layout of the island is almost entirely irrelevant to the gameplay, and you’ll never see your survivors tooling around and doing things on it. Ultimately it’s just another menu to harvest sticks and build shacks from.

Once you’ve adjusted to the look and feel of the game, you can get into the nitty-gritty of survival. Early days will be spent gathering food and basic materials for tools and the barest of roofs to huddle under. It won’t be long before your resources begin to dwindle, though, so you’ll need to get familiar with the agriculture system to keep your stocks of reeds and fibers going. Once that’s settled, out side of scenario time limits and the occasional disasters, you should be on easy street to whatever your goal is. This isn’t a game with a lot of variety after you master its systems, so expect the learning curve to be the real meat here. 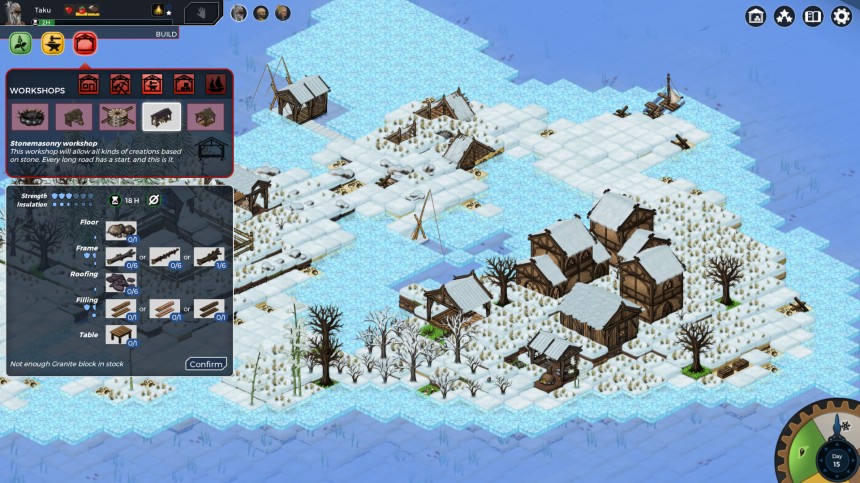 I’ll credit Seeds of Resilience with being a different sort of take on survival simulations, but one that may see limited appeal. Abstracting everything into turn-based tasks driven from menus makes it more of a subdued planning exercise. Even then, the challenge is limited to learning the balance of renewable resources and keeping disasters and seasons from leaving you bereft. And as nice as the game looks, the graphics are really just there to break up the menus with something more tangible to click. I don’t know how often you or anyone else are going to be in the mood for something like this, but when you are, you’ll have plenty of tree-felling and shelter-raising to keep you busy.