There’s a section of the point-and-click adventure genre that seemed to evolve with the rise of Newgrounds and flash games. These tended to be first-person experiences, heavy on puzzles like escaping from rooms, and often leaned heavily on horror. Bad Dream: Coma is a prime example of this type, a journey through macabre dreamscapes by way of locked doors and lost teddy bears. It carves out a nice little niche for itself with a unique art style and some interesting mechanics, but makes the mistake of saving all the really good stuff for late in the game. 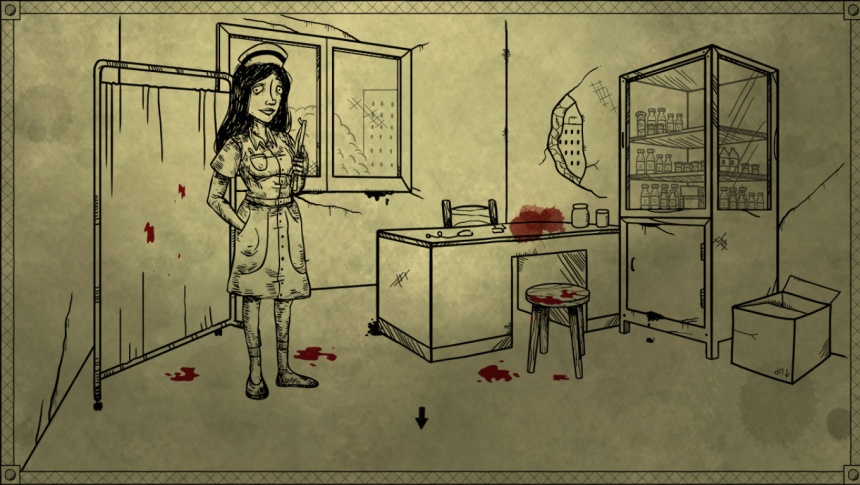 You find yourself upon a ruined bridge into a city in the throes of despair. The inhabitants of this place cannot die, and are being tormented by dark forces beyond their understanding. You, for some reason, are in a unique position to address these fears and uncover the causes of this hellish blight. But doing so will require contending with nightmarish creatures, twisted puzzles, and some utterly bizarre logic to progress. Reaching the end of this journey is only half the battle, too, because you will be judged on how you reached it as well.

Bad Dream: Coma has a couple things going for it over other point-and-clicks, and one of them is that last bit I just mentioned. There are three endings to the game, determined not by some final flipping of switches but rather your conduct throughout your journey. Many puzzles in the game have multiple solutions, and finding creative ways around some of the more unpleasant situations can net you the good ending. Alternatively, going out of your way to ruin puzzles and lives can get you a particularly bad ending. Your status screen keeps track of everything you’ve done that puts you on these paths, helpfully color-coding them as positives and negatives and straight up scratching out possible endings if you botch them. 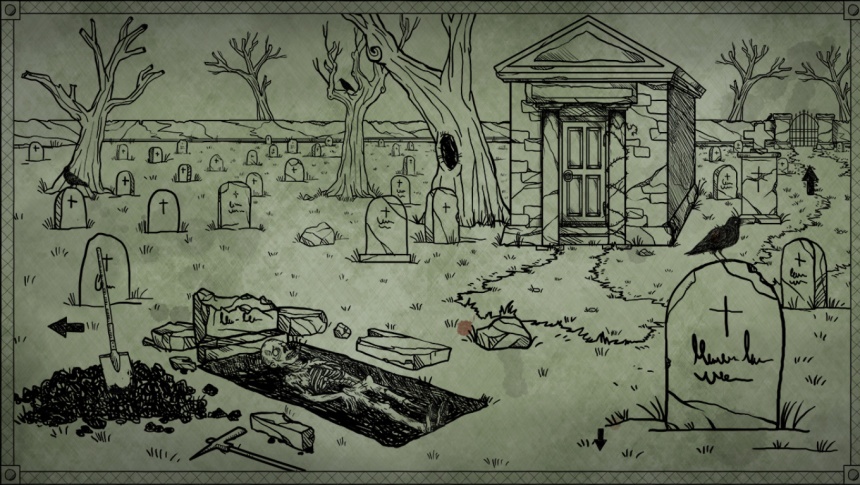 Endings are only a small part of the game, though. Most of your time in the horrific landscapes of Bad Dream: Coma will be spent clicking around scenes for items and clicking on everything else with them to figure out how they’re used. Despite having multiple solutions, many of the puzzles in the game can trip you up with unintuitive interactions and bizarre logic. Narratively it makes sense, given what you learn about the world you’re stuck in, but in terms of gameplay it can be frustrating at times. You’re also bound to get lost between some of the static screens, as they don’t always connect logically. Sometimes clicking right from one screen, and then clicking down from the next, will bring you back to where you started for some reason.

There are some really interesting gimmicks that make the most of the setting, like a pair of apartments with a really novel connection between them and a forest area that interacts with the aesthetic in a very cool way. However, these areas all fall in the last 30 minutes or so of the game. Everything leading up to that is fairly standard pointing and clicking, rummaging around dingy environments and pixel-hunting for the stick that completes the ladder up to the dead bird nest. The themes in the game are appropriately dark but border on needlessly edgy at times, given how loosely the story is threaded through the experience. At least some of it is funny, like the running joke with the finger trauma your mouse cursor goes through. 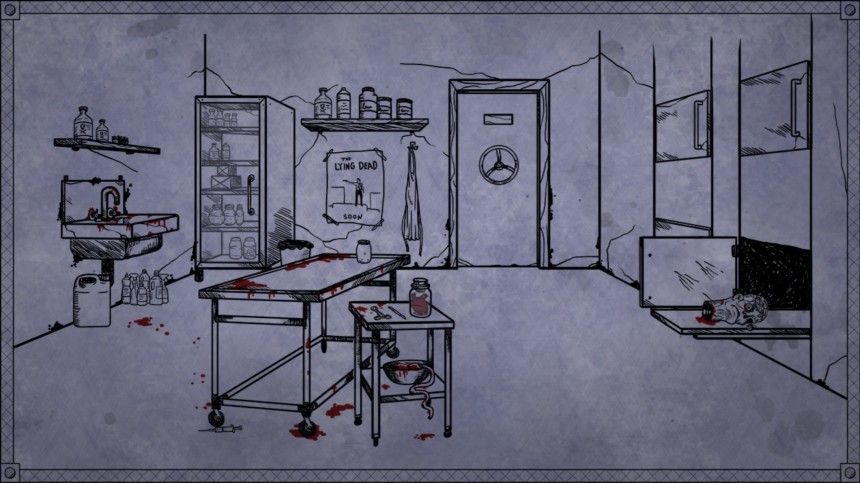 For the most part, this is a baseline horror adventure with few scenes meaningful enough to be memorable. There’s some genuinely good stuff late in the game, but it’s hard to recommend clicking through the middling first two hours to get to it. It’s quite a good-looking game with its sketchbook aesthetic and clean lines, even when depicting filth. If anything, it feels like a game that didn’t really find its focus until the end, and no one went back to revise the earlier parts once they did. For basic horror puzzling, Bad Dream: Coma won’t disappoint, but if you’re expecting something more then you’re going to be waiting for awhile.