Guy crashes his car, ends up in a spooky mansion. Which horror game am I talking about? In the world of modern indie horror, that’s about half the field right there. There’s an extremely popular (among developers) approach to horror games where you stick the player in a house with things to collect and a monster to avoid, and maybe the protagonist has some dark secret. That describes Silver Chains to a T, with the only notable aspect of the game being the unusual level of polish for an entirely usual horror game. And in case you can’t tell by my tone, that’s hardly enough to impress. 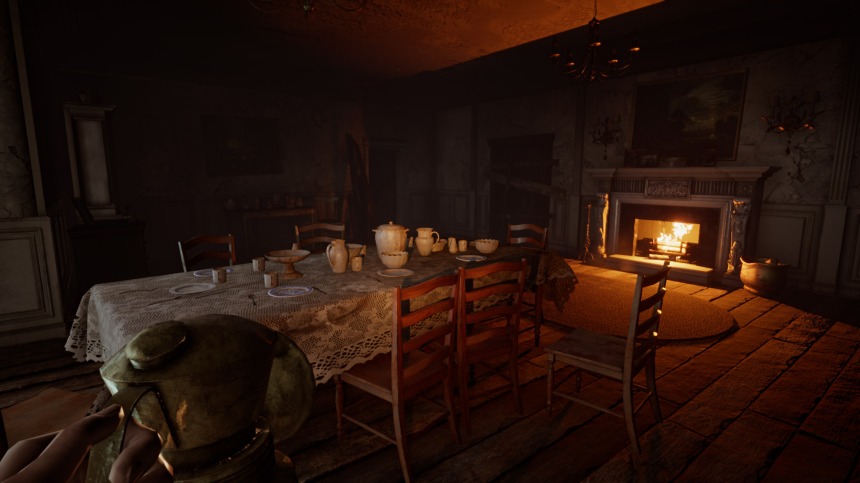 You are Peter, and yep, you crashed your car like fifty feet away from the most haunted house in the county on a dark and spooky night. Stumbling inside you find the place decrepit and deserted, save for a horrifying presence that is none too pleased to find you trespassing. But it turns out this is no random haunting, because you have a connection to this place that makes you the only hope for the forlorn souls trapped within. You’ll need to comb the entire mansion for keys and clues that will lead you to the secrets of this dark place, and the means to put an end to them.

Silver Chains is essentially a play in three acts. For the first act, you follow the trail of open doors and spooky sounds around the house, catching little glimpses of the overall plot. The second act starts with you being filled in on the details of the haunting, and performing specific hunts in different parts of the place before opening everything up in the third act for a big scavenger hunt. Each of those acts will take you about an hour, and all except the third are heavily scripted to show you things and threaten you at specific points. There are some little twists and turns to the story, but once you figure out who the ghost is and your connection to them, you’re pretty well locked in on the plot.

Does this sound overly dismissive? It might be because Silver Chains is really a story of missed opportunities. From the moment you find yourself in the house, the game fails to capitalize on the atmosphere afforded by its detailed graphics. There were so many scenes where I’d have to peer through a crack in the wall or walk past a window where something really should have happened, but didn’t. The other side of this disappointing coin is how many cliche jumpscares and indie horror tropes ended up here instead, like hiding in closets from scripted monsters and watching a child’s ball roll across the floor. Even the ghost herself fails to impress because you’re going to figure out something about how she works very early on, and it’s going to absolutely suck all the tension out of the game once you realize it.

There were probably two moments that scared me in the game, and both were cheap jumpscares that managed to be timed just right. Everything else in the game is wasted on tricks you’ve seen in a hundred other indie horror games. It’s the same story with the game mechanics too, combing rooms for photograph fragments or collecting doll parts because you’ve been ordered to. Here again, there’s one cool mechanic in the game that helps shake up the middle third of the game, but even that’s nothing unique and only serves to get you to the parts of the house you need to be in for the next setpiece. The graphics are what do the heavy lifting here, with a level of detail and polish not often seen in games of this low caliber, and even the sound design and voice work has their high points. It’s just that nothing that happens manages to live up to the expectations set by the presentation. 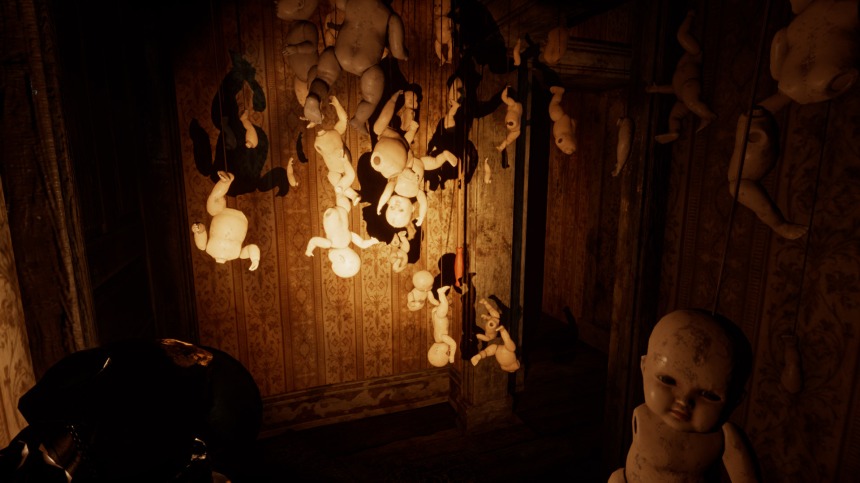 The nicest thing I can say about Silver Chains is that it’s probably one of the best cliche indie horror games around. That’s not a compliment, that’s acknowledging that a lot of effort went into making something that’s little more than a copy of a copy of a copy of a horror game. Everything here, from the story to the scares to the gameplay itself, is all lifted from other games. It looks and sounds better than it did in those games, but the experience of playing the thing is certainly no better. With dozens of innovative horror games out already and more always on the way, there’s no reason to settle for the best of a particularly poor pile.