I spend most of my time playing horror games made with some degree of thought or attention, which ignores a fairly large swath of the genre. Of the many irredeemable titles that spawn onto Steam, shoddy, insipid indie horror walking sims make up a large portion. Among them you will find titles like Evil, devoid of meaningful gameplay, any sort of logical flow, immersive polish, or fun. The true challenge of Evil is divining what exactly the developer thought they were accomplishing when they called this festering sore of a game done, because there is literally nothing here to appeal to anyone in any way. 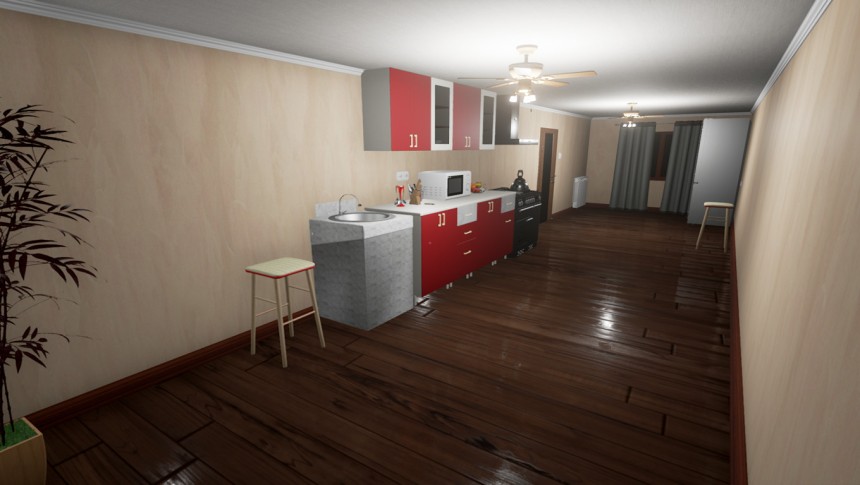 You are a young girl, left to spend the night alone in her palatial mansion by her parents. In the middle of the night she awakens to see someone scurry past her door, which kicks off a nonsensical scavenger hunt throughout the house to do things that the developer thinks a human would do in this situation. That includes checking security cameras, rummaging through their parent’s room, and drinking pills. Luckily your character tells herself what it is she needs to do next, but unluckily all the house’s features are shoddily designed to the point where its impossible to tell what to interact with to accomplish your nebulous goal. I guess at some point a ghost lady starts appearing on the monitors and wandering the halls but I never got there, for reasons I will now painfully drag you through.

How do we know our character is a girl? Are women’s clothes hanging up in her closet? Is there a diary opened to pages about her crushes? No, if you look down, you can see her mostly bare breasts. For whatever reason our hero is traipsing around the house hunting ghosts in her slinkiest black bra and panties. And that’s if you would even call these mostly-featureless halls a house. Rooms contain the barest essentials to establish their purpose, except when they don’t, like the bathrooms with no sinks and the large, empty room that contains only a bicycle. The lighting throughout the house is completely uniform, too, cast by copy-pasted ceiling fans in every hall, room, and closet. 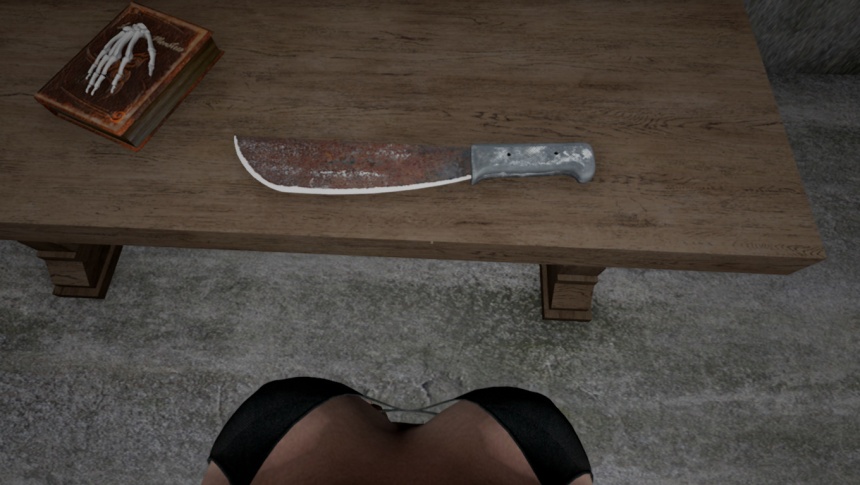 One room has a dragon head over it. There’s a metal samurai statue in the dining room. Your parents have a (spoiler alert) occult book in their room that’s just the same misaligned pentagram pattern on every page. It doesn’t even fall into so-bad-its-funny territory because there’s no music, hardly any sound effects, and nothing happens. I did get my eardrums blown out by a jumpscare that was just static on a TV, so there’s that, I suppose. Apparently later in the game there’s a torso strung up in the bathroom, and the lady maybe starts chasing you? I don’t know why you’d care, though, because there are nigh infinite bad indie horror games better than this travesty, to say nothing of the actual good ones.