The S.T.A.L.K.E.R. series left quite a void in its wake, a yearning for a very specific kind of game that no other game has filled. It’s not hard to see why, considering how those cult classics were a bizarre mix of open-world scavenging, desperate gunplay, and moments of intense horror. Not many games have even made much of the Chernobyl setting, but it seems this game here is looking to do all of the above. I’ll give Chernobylite credit for starting off strong, with its interesting story beats and impressive graphics. But this being Early Access, the seams are going to show real fast on this ambitious project.

You play Igor, a man inexorably tied to the fateful disaster at the Chernobyl nuclear power plant. His wife, Tatyana, disappeared during the event, and Igor is convinced she’s still out there somewhere for him to find. To that end, he joins a small covert ops group that sneaks into the remains of the plant (now under heavy military guard) to find a piece of chernobylite, some kind of special element created by the disaster. Their plan goes awry and Igor manages to escape, though the zone is notably changed in the wake of his actions. Regrouping at a secure location, Igor and his allies begin gathering resources and intel to make a final return trip to the plant, and perhaps bring his decades-long quest to an end.

The game opens with you playing through that first mission to the plant, and it proves to be a very effective introduction to the game. One of Chernobylite’s hyped features is how it’s built from scans of the actual area, and nowhere is that more apparent than in the approach to the power plant. Many video games fail to capture the proper scale of buildings in their worlds, but this one lays the sprawling complex out for you to marvel at. This first mission also goes very hard on the lore of the game, introducing you to some fascinating sci-fi elements and also throwing in some particularly well-done flashbacks to the meltdown. 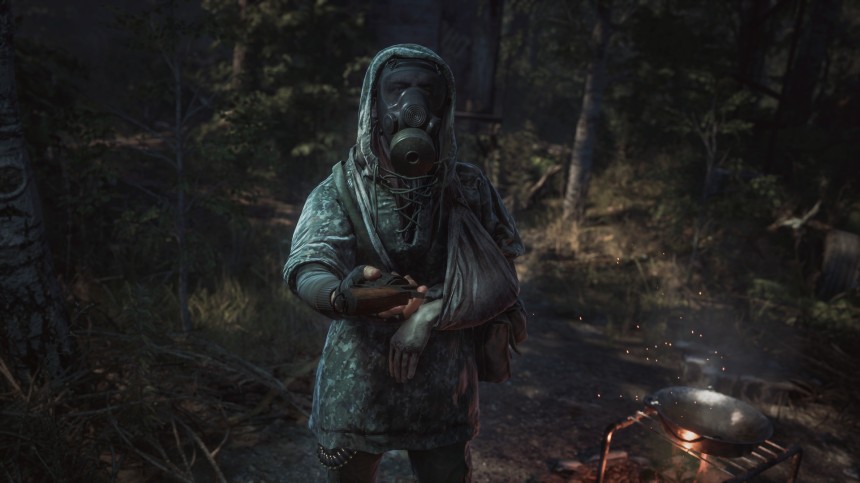 As much as I like the first mission, it doesn’t really establish the right tone for the game. Once you’re back in your base, the game splits between management and short missions, a structure that I did not see coming at all. Your base can be cleaned out and filled with all kinds of crafting and decorative features, from workbenches and hydraulic presses to herb gardens and televisions. The materials for these efforts can be found on missions, scavenged from the ground with the aid of your handheld scanner, which helpfully highlights anything worth taking in your immediate vicinity. You won’t want to neglect scavenging, either, because you’ll need food rations to keep you and your allies alive and healthy, as well as materials for healing and crafting essential tools.

Chernobylite can start to feel like Fallout in places, with the somber atmosphere of the zone lost in bouts of hoovering up junk from the floor. When you’re actually out on missions, enemies tend to be clustered around the main objectives, leaving you mostly free and clear to loot the rest of the place. The challenge there is just finding your way to the more valuable goods, as buildings can be twisting mazes of blocked-off passages. When you do come up against enemies, they’re mostly going to be government soldiers, whose necks are ripe for snapping if you can sneak up behind them. Later on in the story you’ll encounter more supernatural foes, though it’s important to note this game is far lighter on the horror elements than its inspirations would suggest. Don’t expect any of the horrific encounters of the X labs or blowouts here, just shadow monsters and some awkward attempts at jumpscares. 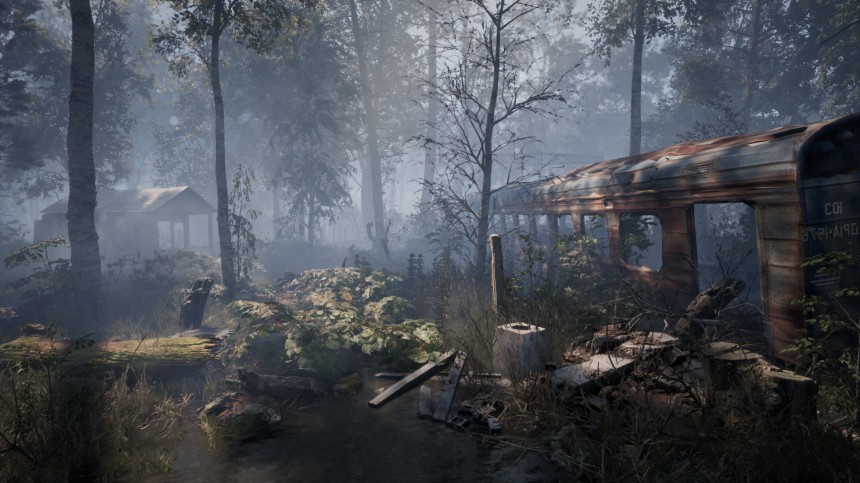 There’s honestly not a whole lot to Chernobylite at the moment, as all your missions will take place on the same two or three maps. Combat is simple and a bit awkward, with stiff weapon handling and some weirdness when trying to reload. All of these flaws are simply part of the Early Access state, with more maps and polish and an actual ending to the game promised for the future. What’s here now is absolutely playable, and with how good it looks and sounds, it’s not a bad idea to give it a try, start scavenging up junk, and take down some denizens of the zone. Not many games have this strong a start in Early Access, and if they can bring the content up to the level of the presentation, this could easily breathe new life into the Chernobyl setting.