The true strength of the indie gaming scene is the power to take risks. Major releases from major publishers tend to chart along the same course in terms of themes and mechanics, but indies can do whatever they want to produce the game of their dreams. The Padre, for example, combines classic Alone in the Dark-style adventuring with some absolutely goofy humor and an incredibly unique art style. The result is a game you won’t see the likes of anywhere else, and despite the drawbacks of its indie roots it’s one that you’re bound to have a good time with. 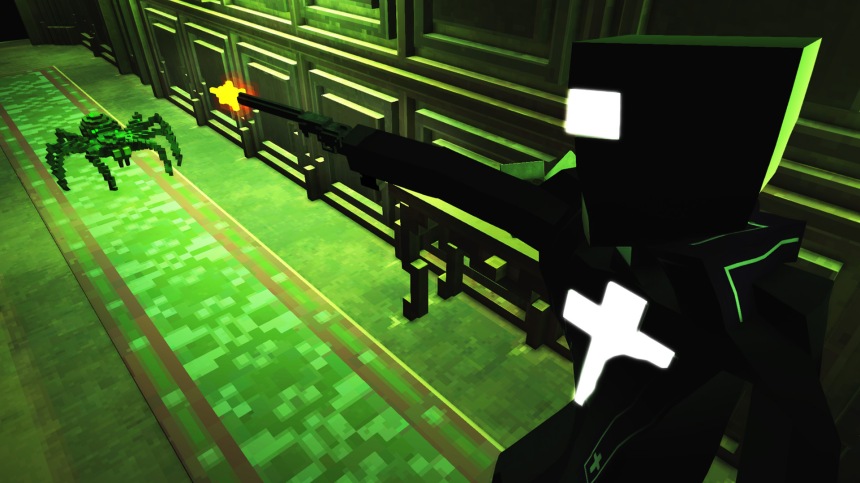 Father Santino is the church’s most powerful weapon in the war against sin and evil. A grizzled priest handy with both a rosary and a Ruger alike, he has been summoned to a mysterious mansion to investigate the equally mysterious disappearance of a prominent cardinal. No doubt evil is afoot in this accursed abode, but what the padre doesn’t know is how close to home this evil can hit. Tempted into misdeeds by grim circumstances, our holy hero must struggle to save not only the cardinal but himself, and rid this maleficent manor of that darkness that plagues it.

Alone in the Dark is going to be the obvious inspiration for this one, a point-and-click adventure playing out one haunted hallway at a time. You control the titular padre with left click, clicking on ground to move, items to pick up, and curiosities to examine. Rooms and hallways are always smallish dioramas to explore from fixed camera angles, hearkening back hard to the early 3D adventures of yesteryear. The puzzles and interactions themselves don’t ever reach the confusion of those classics but there are clever and confounding challenges alike, with a few puzzles I breezed past without fully knowing why and a few others that gave me trouble because the solution was so finicky.

I won’t lie, there’s a layer of indie jank here that’s going to be hard for some folks to get past. The most obvious place this comes up is in combat, where shambling creatures will rush up on Santino, and you’ll have to dispatch them with either melee attacks or gunfire. Controls for both are fairly intuitive; hold left mouse to charge up melee swings and release to strike, and hold right mouse to aim and wait as your aim focuses on the enemy. The execution, however, is a bit of a mess with enemies easily able to close distance and stun you out of attacks, and some swings and shots seemingly missing for no reason. I haven’t run into ammo scarcity issues yet but I could see it leading to frustration if a lot of shots go inexplicably wide.

Another thing The Padre likes to do in its indie revelry is kill you for random reasons. There are several puzzles in the game where making the wrong choice or doing something out of sequence just ends with you dead. The first ghost I had to deal with in the game has a very unclear method of dispatching, and their attack instantly kills you if you don’t know what to do. There’s even a joke item in the game that kills you if you use it, and now that I’ve said it you’ll probably know which one, and it might not even be the only one. This is coupled with a system of what seems to be limited revivals, though the death count is extremely generous and there are many ways to reset it. Still, death in The Padre feels like something that wasn’t very well thought-out and doesn’t add much to the experience.

If you can look past these issues, though, the game itself is a real gem thanks to its presentation. I never would have picked high-resolution voxels for any game but it gives The Padre a very unique look, and seems to work with the modernized-retro feel they seem to want. The voice acting and writing deserve very special mention too, because Santino’s voice is absolutely incredible in its gravel and timber, and it’s used to deliver all kinds of silly one-liners, references, and wry observations. Honestly the game is worth experiencing just for his performance, strange game design choices be damned. It’s not as polished or structured as more mainstream adventures, but The Padre has all the heart and humor needed to stand out as a fine indie title.