Review: The Town of Light

A great weakness of the horror genre in gaming is the use of spooky asylums and mental illness as a crutch for the setting. It’s all too easy to pull from the sordid history of sanitariums for an easy backdrop to a game, the real-world equivalent of building it around another haunted house or murderous ghost. All too rare are the titles that take a more grounded, respectful look at the horrors of mental health treatment throughout history, and The Town of Light is a pretty good example of why that is. In creating a game that derives its scares from the very real abuses and mistreatment of patients, the developers have unleashed a horror that strikes at the heartstrings for how believable it all is. 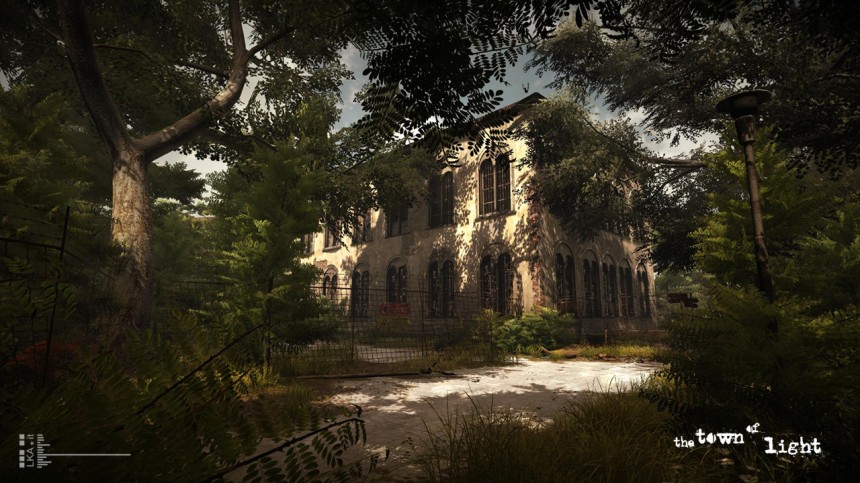 In 1938, a young girl in Italy is institutionalized at a sanitarium for unwell women. Far from healing her, the experiences she suffers at that place only heap new traumas atop of old. These tragic events unfold for you as you explore the ruins of the hospital in the present, retracing the girl’s steps through these accursed halls. As you uncover documents and photographs of her time there, a picture of horrific conditions and treatment begins to form, and through that you must forge a path for her to put these demons to rest. The journey will take you beyond the walls of the sanitarium, and indeed the confines of the present, as you learn more and more about the life of this poor, poor woman.

There are no jumpscares, no monsters, and no supernatural elements to The Town of Light. This is a story grounded in history, taken from the records and reports of sordid dealings within the mental health professions of the past. Wandering the asylum will introduce you to antiquated procedures, callous supervision, and shocking betrayals of trust that have happened countless times to actual patients in the past. Along with that, the game does its best to express the girl’s mental state through flashbacks, dialog, and visual effects as these traumas are revisited in the present. It’s a very different experience from the vast majority of indie horror out there, and it’s at once very effective and deeply effecting, in ways you might not welcome from a video game. 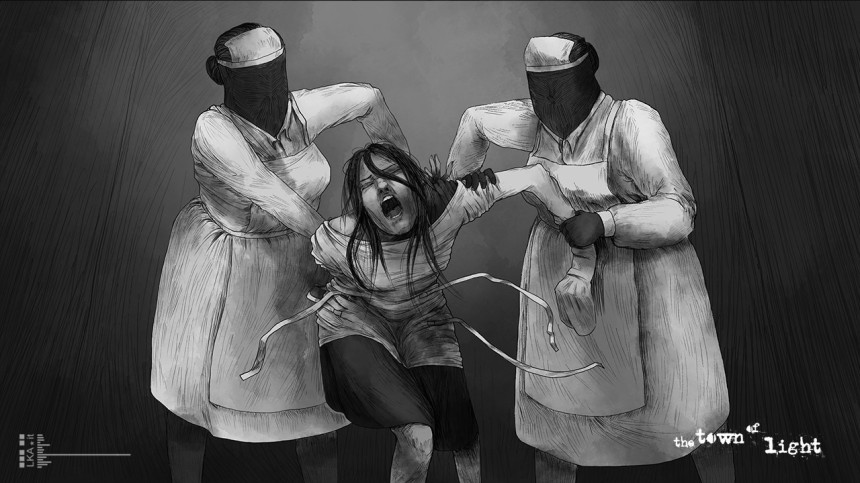 Make no mistake, the events that unfold here include physical, mental, and sexual abuse. You’re going to be dealing with rape, neglect, barbarous medical procedures, and more if you want to get through this game. I normally rail against the inclusion of rape in video games because it is almost never treated maturely but it is here, forming a central and very real origin point for the traumas dealt with in the story. Even without sensationalist presentation these story beats are hard to get through emotionally, and make the majority of the game a string of tragedies to overcome. It’s hard to call this a “fun” video game, in much the same way films like Schindler’s List or Requiem for a Dream are not “fun” movies, though they are still important parts of the medium.

Extending from this is the gameplay itself, which offers very little outside of exploring the sanitarium and its surroundings. There’s no inventory and no puzzles to speak of, and your character is always very clear about what you need to do and where you need to go to reach the next part of the story. This is a pure walking simulator, and I use that term without a hint of prejudice, because that’s what this is and it does it as well as any of them. You’ll find plenty of notes and photographs which flesh out the setting and history, so there’s good reason to take detours and comb through rooms carefully. And it’s clear the areas were modeled on real-world structures, so there’s a sense of space and logic to them that you don’t always get in indie horror games.

Really the only question that stands between you and The Town of Light is, are you up for this? It’s one of the few psychological horror games that’s going to hit you in your real-world sensibilities, and it’s going to hit hard with all the weight of historical abuses and traumas. Not everyone’s going to want to sit down to that for an evening of gaming, and that’s fine. If you are, it’s an expertly-made experience with immersive graphics, solid sound design, and a clear flow to both story and progression. My only technical gripe is that it only saves at the beginning of chapters, but chapters are only five to ten minutes long so you’re never too far from a save. This is a bitter pill to swallow, but it’s one of the few games to treat its themes with respect they deserve, and for that it deserves to be experienced if you’ve got the stomach for it.