This game was selected as one of our November 2019 Reader’s Choice Reviews. Learn more on our Patreon page.

I love games with strong stories, but the more emphasis they have on their stories, the harder I’m going to be on them. There are constants in narratives that must be observed no matter the medium, and genre tropes or standards don’t really change that. I came to DAEDALUS ready to sink into a deep, engaging narrative and I was offered just that from the intro, with interesting characters and a compelling mystery. But all that got shoved into a distant corner by some atrocious pacing and brutally tedious mechanics. I suppose if you’re accustomed to that in visual novels you’ll be able to look past to that gripping story, but for everyone else this is going to be an extremely conditional recommendation. 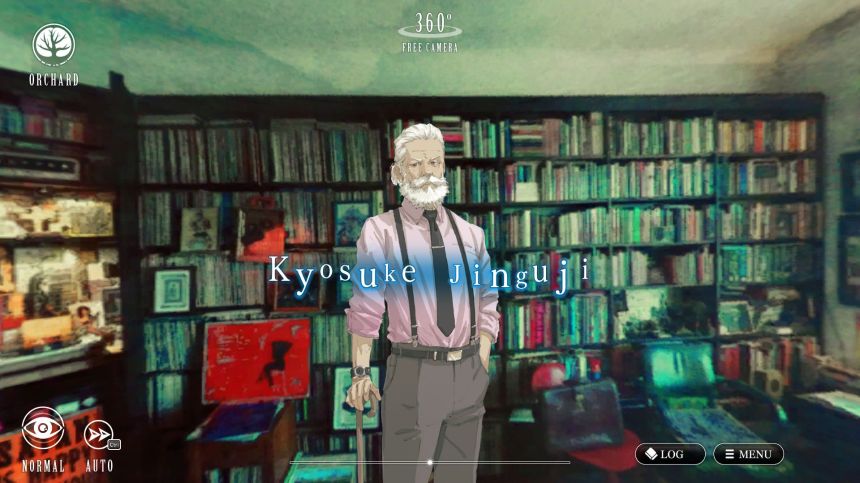 Saburo Jinguji is a young man with the eye of a detective. He learned his deductive skills from his grandfather Kyosuke, a beloved private eye living in New York. All that changed when Kyosuke met an unnatural end, prompting Saburo to travel out to America and track down his killer. He’ll have his childhood friends backing him up, but this journey will take Saburo deep into New York society and intrigues of the region. Kyosuke held many old secrets, and the evils hidden there will need to be dealt with if his death is to be understood. That means Saburo will need to have more than just a knack for investigating, and will need to track down every lead without fail to forge a path to the truth.

This being a visual novel, it’s important to note that the game more resembles a detective novel than an interactive mystery. Each of the many chapters has a central question to answer, and doing that requires you to click around scenes to uncover the clues that grow the “orchard of your mind”. More than just clever phrasing from grandpa, this is a sort of avant-garde note system that records important clues you find. Once you have all the clues, you’ll answer some very obvious questions about the mystery to close out the chapter. All of this happens linearly, so don’t worry about missing clues or important dialogues. You’ll get a few dialog trees using “stances” that represent different emotional responses, but again, there’s basically one way through the story. 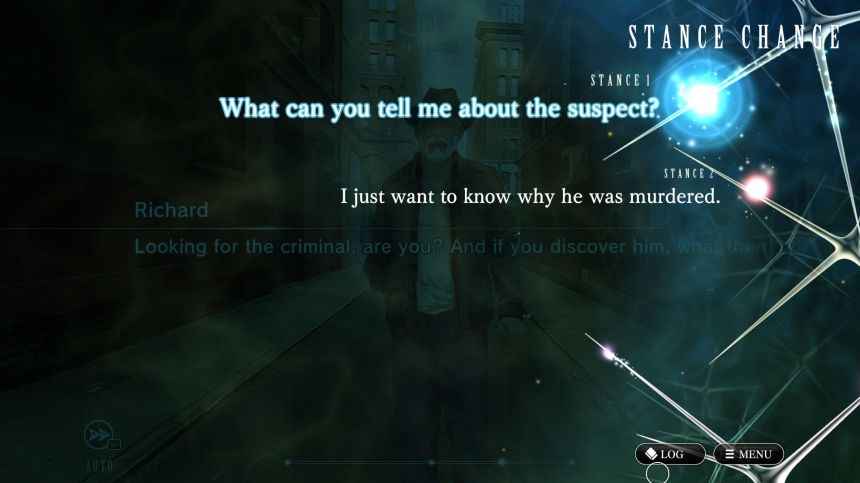 I have no problem with this, but I very much have a problem with the pacing that comes from this linear approach to gameplay. With nearly no branching to events, the game is always directing you to exactly where you need to be, but these steps are often entirely pointless. You’ll be sent to confirm information with characters that you already know. You’ll have to search locations where there is literally nothing to find, because the game wants you to confirm there is nothing. And there’s an infuriating number of scenes where you’ll check some piece of evidence, Saburo will say “I don’t need that”, you’ll go do something else, and then the game will make you go back to the thing you already checked because NOW you need it.

All of this happens to an absolutely absurd degree in the game’s very first chapter, following a solid prologue that introduces you to the characters and mechanics. The first chapter is a flashback to Saburo and friends as children at summer camp, investigating some strangeness with the camp counselors. A huge majority of the gameplay here is going to search areas you’ve already searched, just to find that there’s still nothing there. This isn’t clicking around until you find the one thing the game wants, you are required to go somewhere and do nothing to progress the story. And it happens for hours. This design foolishness kills the game’s pacing, distracts from the story, and isn’t just confined to the first chapter. 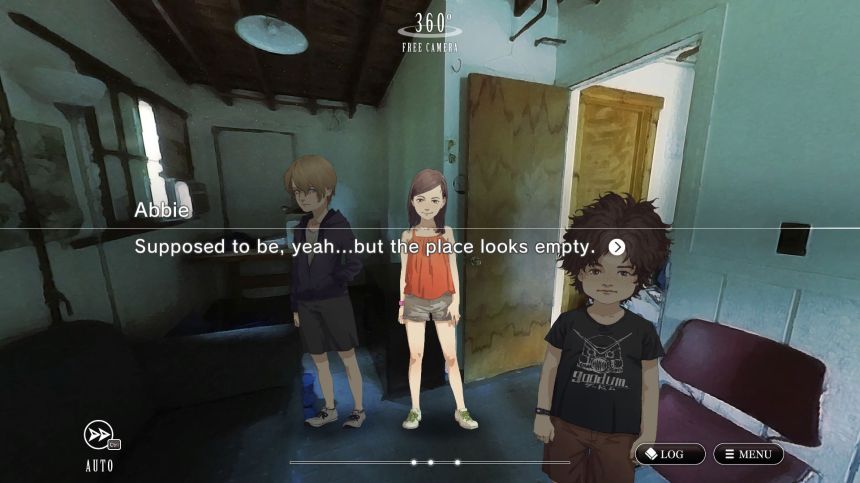 Pacing is the biggest problem this game has, and is honestly enough to warn people off of it. I almost quit several times just in the first chapter, though ultimately I’m glad I forged on because the later chapters are much more engaging and better about pacing. It’s an interesting story they spin here, even if the game and even the writing can’t really keep up. There’s some weirdness here when characters tell you things that contradict the game, like a shop being around the corner when it’s like ten blocks away on the map. I also get distracted by how Saburo is very conspicuously a Japanese guy in New York, dealing with New Yorkers, yet everyone speaks perfect Japanese and acts entirely Japanese. It never gets full-on “eat your hamburgers, Apollo” in absurdity but there are scenes where characters comment on their English-speaking skills, in voiced Japanese dialog. Instead of being a story of cultures it just ends up being a distinctly Japanese crime drama dropped into New York.

I wasn’t kidding when I said this would be an extremely conditional recommendation, because DAEDALUS is not going to rub most people the right way. The pacing’s a mess, the game mechanics are thin, and the writing leaves plenty to be desired. I’ve not played a ton of visual novels and I know some of these complaints tend to come with the territory, and so VN fans may be predisposed to handle them. But like I said, there are constants in narratives that must be respected, and the missteps this game makes hurt its narrative dearly. There is a compelling story here, and I’m still playing it so it’s not a lost cause, but you really need to be all-in for the story to get past the tedium in its telling. DAEDALUS clearly has a lot of heart that’s hidden behind poor pacing and writing, and only the most patient players will be able to get at the good parts.