Whenever a new form of game comes into being, you can be assured that other developers are going to pick up on it. That’s not a bad thing; most styles and genres don’t peak with their originators, though they’re often the best poised to reach such heights. It should come as no surprise that rule-by-Tinder-simulator Reigns inspired titles like Little Dungeon Stories, though the lessons taken from that auspicious source might surprise you. Despite the name, Little Dungeon Stories is less concerned with the storytelling of your card adventure, and more concerned with finding all sorts of ways to end your runs via attrition. 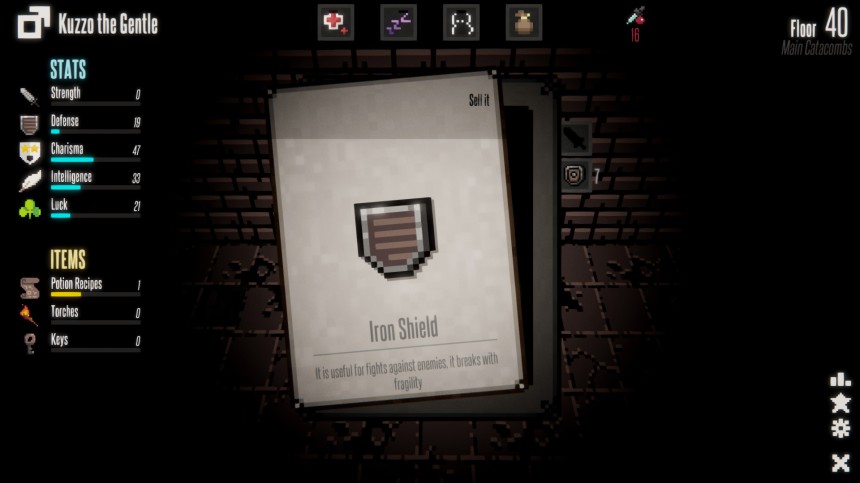 The game chucks you straight in with no preamble, but according to the store page you’re hunting some necromancer in his dungeon for his treasure. That’s as good a reason as any to go bash some evil, but here you’re doing it entirely through the medium of flipping cards. Everything is represented as cards, from loot to monsters to traps to curses to the dungeon itself. In general, you only have one way to interact with it all, and that’s by swiping cards left or right. You won’t know what they do until you start moving them one way or another, at which point you’ll see options like fight or run or take or break or jump. Some cards have four options, which you can swipe up or down for, and some have no choice at all and just do something no matter which way you go. But every card is followed by another, choice after choice after choice.

Your goal here is to reach the bottom of the dungeon, currently on the 150th floor down. What complicates this decent are your four stat pools, standing in for your health, energy (or stamina), humanity, and gold. Most physical actions cost you either health or energy, while finding or spending treasure determines your gold. Humanity ticks down every time you swipe a card, and is also gained or lost from moral actions. The tricky part is that if any of these reach zero, your run is over. Yes, even gold. You would think, then, that most of the interesting choices in the game are in which resources to spend and how to keep the best balance of numbers as you proceed. 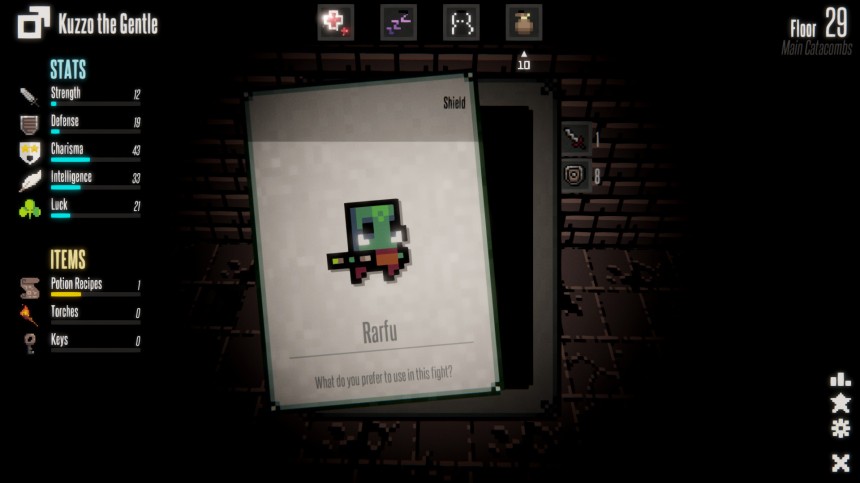 That seems to be the goal, but unfortunately the design of the cards doesn’t leave much room for interesting choices. The uniform nature of your stat pools is one reason for this, because it means there are optimal choices to make for most of the tradeoff cards in the game. Once you recognize the frequency of health or energy-healing cards, or get a good weapon or shield, the trades between the two become foregone conclusions. Beyond that there’s very little planning to do, limited as you are by endless random, binary choices. There’s no real way to strategize because you don’t know what’s coming, and there are cards that simply drain your stats with no recourse. The spike trap card is particularly hated, because you either take a massive energy loss or a minor energy and major health loss. If you’ve hit a drought of energy-restoring cards up to that point, it’s an automatic loss.

Little Dungeon Stories could be interesting with more strategic choices, but every run seems to come down to how hard the random factors beat you up. You have a few secondary resources like keys and torches, and the latter proves to be nothing more than a frustrating nuisance. If you have no torches, there’s a common card that’s sure to come up where you fall down a hole and lose either health or money. Pretty much the only way to get more torches is to find them randomly, but there’s also a common card that just takes them all from you! Just like that, you can lose all your torches. There’s no strategy here, no mitigating factor, only luck of the draw if you’re going to suffer health and money losses or not. 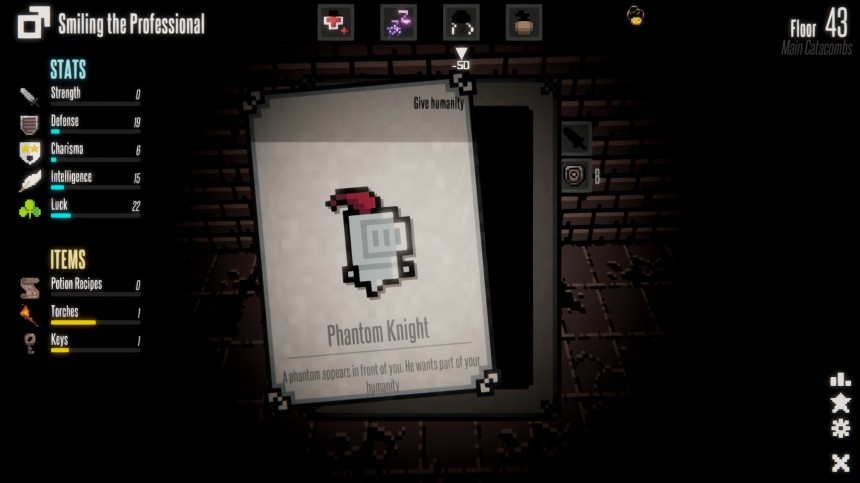 I’ve beaten this game once, and very little of that victory felt like skill. Once you learn the optimal choices for most fights and events, you can virtually auto-pilot the rest. I know the developer is working hard to add more cards and broaden the experience, but what this one really needs is more depth, not variety. The trading of stats is a fine struggle as long as there are ways to plan and strategize around them, not just making the best choices and hoping you don’t end up on spikes or down a hole. I don’t know the right way to fix this, but without some serious tweaking, Little Dungeon Stories isn’t going to offer much outside its first twenty minutes or so. After all, dungeon crawling is fun when you’re leading the expedition, not getting dragged into traps.