Has there been a series that’s had a harder time moving forward than Sonic? The storied blue hedgehog was a staple of the early console generations, but over time seemed to amass more misses than hits. SEGA never seems to quite know what to do with the poor guy and his pals, forever missing that spark that made the originals so memorable. Sonic Mania feels like a direct response to that, as if someone just threw their hands up and said Fine, we’ll just do the originals over! It’s a celebration of what people remember best about Sonic in a way none of the other games in the series have been, and assuming that you really, really want more of OG Sonic, this is about as good as it gets. 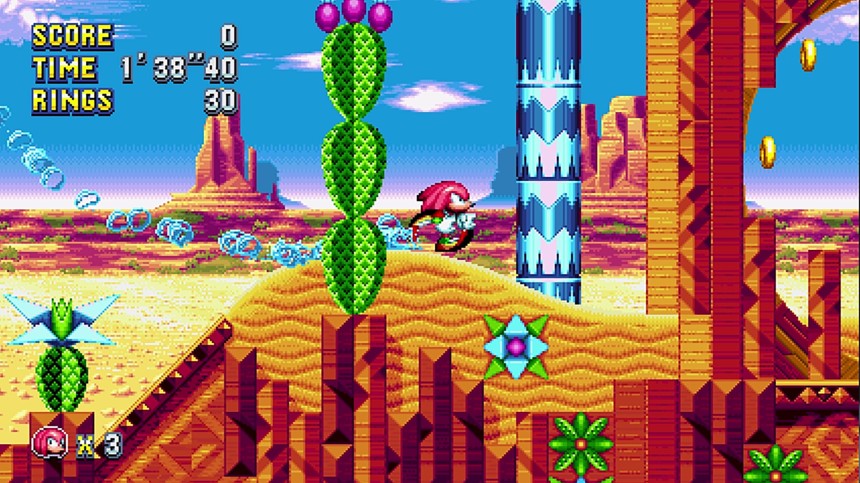 The stories were never a huge feature of the older Sonic games, and I wouldn’t really say the plot is here, either. Eggman’s back to screwing everything up in Sonic’s technicolor world, but this time he’s got some more autonomous robot helpers and a new gem that’s way more chaotic than the Chaos Emeralds. This ominous pink bauble can send Sonic and friends all the way back to their adventures of yore, clear to the original Green Hills and Chemical Plants you remember from your youth. But Sonic’s come a long way since then, and a mess of his new tricks have made the jump as well, including elemental shields and bonus zones from all over his adventures. There are new levels to explore and wild new bosses to battle as well, assuming you can survive this adventure through the ages.

Like I said, the folks behind Sonic Mania seemed so tired of new titles messing up the classic formula, they copy/pasted whole chunks of the thing from the past. Some of these levels aren’t just homages to the classics, they are the classics, right down to the shortcuts and secret areas you have burned into your lizard brain. There is new stuff, of course, like modern powerups and a huge mish-mash of bonus zones to hunt emeralds and medals in. And the bosses are a definite highlight, featuring some of the most creative fights the franchise has ever offered. Some of them go so far as to bend genres, which is a welcome sight after fighting your way through another massive, sprawling level of platforming. 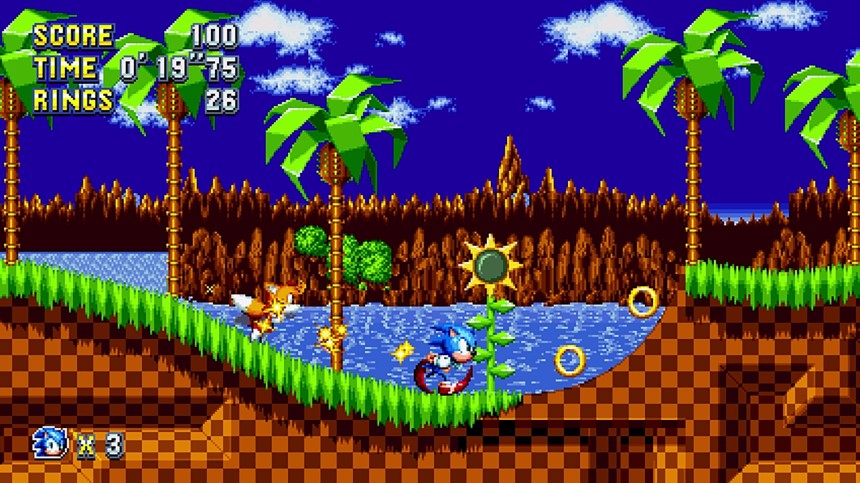 It’s a big game, with lots of levels and lots of love crammed into them. Clearly the people that made this wanted to conjure up everything good about the original games, and they did just that, almost to a fault. Bringing back old levels and enemies with such devotion also brings back what was bad about them, because the old Sonic games were by no means perfect. Any frustrations you might have faced back in the day, including confusing level layouts, blind runs into poorly-placed enemies, and awkward platforming breaking up the more fun high-speed segments, can all be found here. If you tapped out at the original Flying Battery there’s nothing that’s going to stop you from tapping out again.

The whole thing reminds me a little of Timespinner, the charming pixel art metroidvania that took its inspiration wholesale from Symphony of the Night. It wanted to be Symphony so badly that it took the good and the bad from it, without really iterating on the design. Sonic Mania is essentially that, a game that wants to be one of the original Sonics so badly that it copies the strengths and the weaknesses. Levels are enormous sprawls of ledges, springs, and conveyances, split roughly between awkward platforming and the fun go-fast parts. Unless telegraphed with some kind of track or launcher, you can never be sure if it’s safe to get up to speed, or if you’re going to go hurtling into an off-screen enemy. And while some of the bosses are real creative treats, others sport wonky physics and infuriating mechanics, the helicopter chase chief among them. 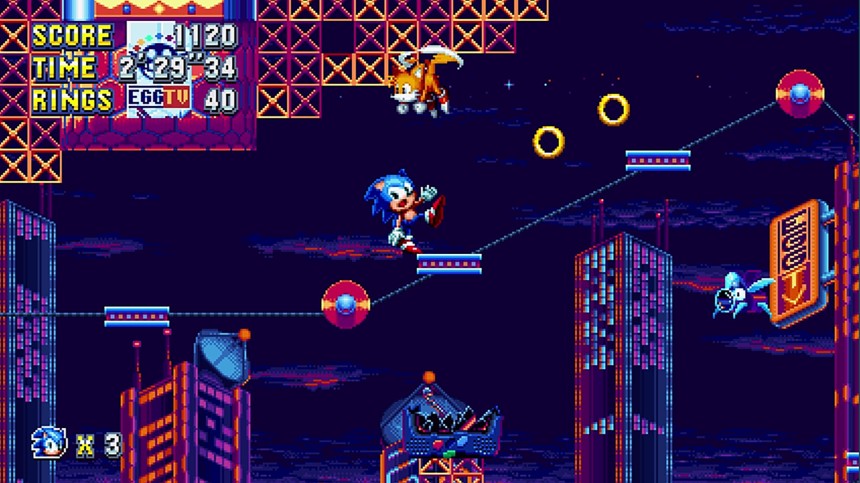 There’s no question that Sonic Mania is made for the long-time fans of the franchise, so my only question is if it can convince newcomers. Hell, I played big chunks of the original trilogy and I’m not sold on wanting more of that. If you do, it looks and sounds as good as 2D Sonic ever did, and is crammed to bursting with classic levels and creative new challenges. It’s a good mix of old and new, even if the notions stay firmly rooted in the old, and something that should serve as a cornerstone of any Sonic collection.