A lot of indie games right now are all about mashing up genres and themes, and I’m all for it. We’ve got plenty of baseline ARPGs and action roguelikes, so mixing them together with dashes of ever more eclectic designs can produce some fantastic works. That’s how I feel about Dreamscaper, anyway, based on the time I’ve spent in the Prologue. Starting from a striking visual style, this taste of gameplay covers so many corners that it’s hard to imagine the final product not being hugely unique. All that really remains to be seen is how much these systems are polished up and expanded.

Cassidy’s having a hard time sleeping, to put it mildly. Every journey into dreams leads her to a realm of hazy battlegrounds pulled from the waking world, and bizarre creatures from her deepest subconscious. Armed with all sorts of fantastical weaponry, she must crush and cleave her way through these manifestations of doubt and fear to face the greater issues weighing on her heart. Victory or defeat bring her back to consciousness, where she can venture out and meet others in her orbit whom she can chat with for comfort or just a bit of normalcy. But no matter how pleasant Cassidy’s waking hours are, sooner or later, she’ll have to return to the trials of her own mind.

Right now you can explore the Home Town levels of the Prologue, randomly-generated arenas of treasures and threats with a rather imposing boss at the end. You’ll face this place from a third-person action perspective, armed with melee and ranged weapons, magic, bombs, blocks, parries, and dodges. All these capabilities give you more than enough to take on the rather simple enemies, the weak brawlers and slow turrets that populate your otherwise familiar streets. Buying the Supporter’s Edition also lets you explore the City, with some more dangerous foes and a very cool boss, but the base experience will show you where the combat starts out, at least. And it’s solid enough, perfectly functional, but at the moment a little sticky because of how long the attack animations are. 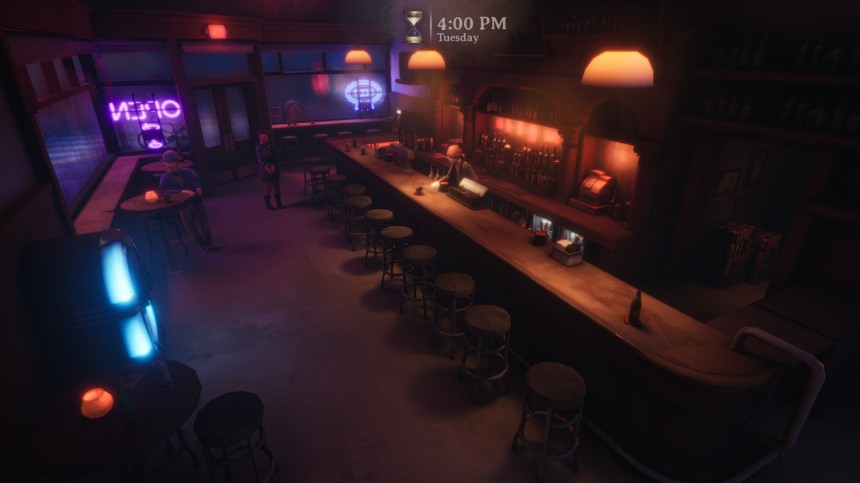 That’s probably my only complaint about the game, though, because the presentation is such a wonder to behold. The dreamworlds you traverse are beautifully detailed with rich colors and stylish abstractions, often leaving me scanning the backgrounds long after the last foe had fallen. And the soundtrack is an incredible work that really fleshes out the grand-yet-familiar feel of your journey, sometimes overshadowing even the action itself. Whatever gripes I have with the simple, sticky combat are wiped away by just how great it feels to run around in the game, especially once you start getting into the randomized weapons and upgrades. The ARPG-style system of tiered gear allows you to kit out with all kinds of swords, hammers, and bows, boost aspects of your attacks to insane levels, and even completely change your dodge into a roll, teleport, and more.

There’s certainly work to be done here, primarily on the feel and variety of combat, and that’s going to be a big sticking point for some. But the base has so much promise that it’s left me very excited for the full experience. As much fun as I had running around in the dreamscape, the little visual-novel-esque sequences in the waking world were almost as much of a draw, with snappy, adorable dialogue and some interesting twists. There’s even a burgeoning crafting system for making your friends gifts, and in turn unlocking new weapons and skills for your adventures. For the price of free you absolutely owe it to yourself to try this one out, and see all the promise of dreamy roguelike action just over the horizon.