Subnautica has shown us just how compelling deep dives into mysterious oceans can be, and it wasn’t even the first to explore those depths. Despite its runaway success and the more modest successes of titles like Endless Ocean, diving games are few and far between. That makes the appearance of something like Beyond Blue a cause for celebration, even if it’s not quite the scope or scale we’re looking for. I could certainly complain about the small dive locations or short campaign, but honestly I’ve just been so content swimming around and scanning different fish and jellies that it hardly bothers me. 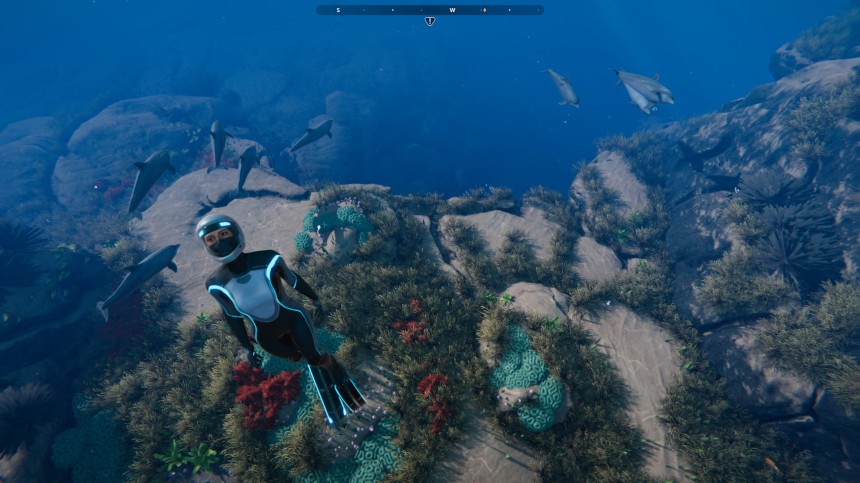 Meet Mirai, a young diver sent to the bottom of the sea in a high-tech one-woman sub. She’s working with OceanX to produce educational livestreams about life beneath the surface, and also complete research projects for her benefactors. Mirai’s real passion, though, is a pod of sperm whales she’s been following for years, which has a new addition to the group. Her efforts to catalog the undersea world will lead her to some of the deepest places people can dive, on the trail of mysteries that could mean disaster for the fragile aquatic ecosystems. And life back on dry land has its own twists and turns, as Mirai deals with her sister Ren and their sick aunt as best she can while thousands of miles away.

There’s a fair bit of story woven through Beyond Blue, all told through radio chatter as you reach dive checkpoints and use downtime on your sub to make some long-distance calls. You’ll have several threads to keep track of, between the sperm whales, Mirai’s family, the friction between her teammates Andre and Irina, and a number of deep-sea mysteries, and they never really come together to form a cohesive narrative. It’s messy in the way real life is, but not in a gratifying way that games need to be, and ends on an emotional twist that I don’t feel is well-executed or earned. Ultimately all the story bits give you something to stay plugged into as you swim from one sonar buoy to the next. 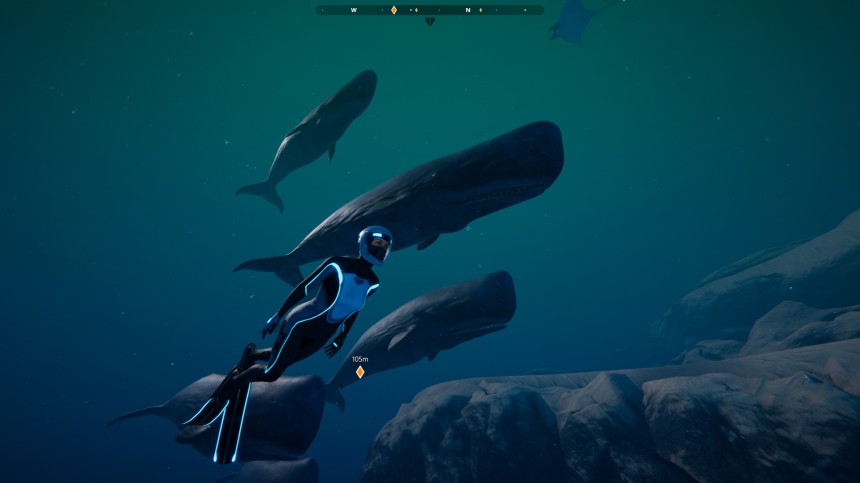 Beyond Blue consists of eight dives across six different locations, from shallow atolls to deep-sea vents, and even one out in the vast, bottomless open ocean. Your objectives are fed to you by Andre, and usually involve reaching a sonar buoy, scanning for important sounds like whale pods or sensor alerts, and checking them out. While the gameplay itself isn’t much more than following objective markers, the aforementioned radio dialogue and events they trigger make for some pretty engrossing moments of natural marvel. Watching a pod of whales awaken or orcas corral and feed on huge schools of fish are magical experiences to experience even in a simulation, and the detailed creature models and attention to scientific details really help sell it.

You won’t just find whales down in the depths, either. Loads of aquatic life have been modeled for Beyond Blue, from tiny moon jellies to massive sun fish. You’ll find all manner of sharks, crabs, rays, and tentacled critters, too. The one thing that really helps broaden the gameplay experience is that you can scan things with your high-tech suit, adding them to an index of creatures encountered. You’ll get more info about them as you scan more of the same type, including where they’re found and their common behaviors. There are hundreds of fish and animals to scan, with some being rarer than others and occasionally surprising you with how they show up. In addition to these bits of sea life trivia, you’ll unlock clips from the documentary Blue Planet 2 as you complete story objectives, which was very openly a major inspiration for the developers. 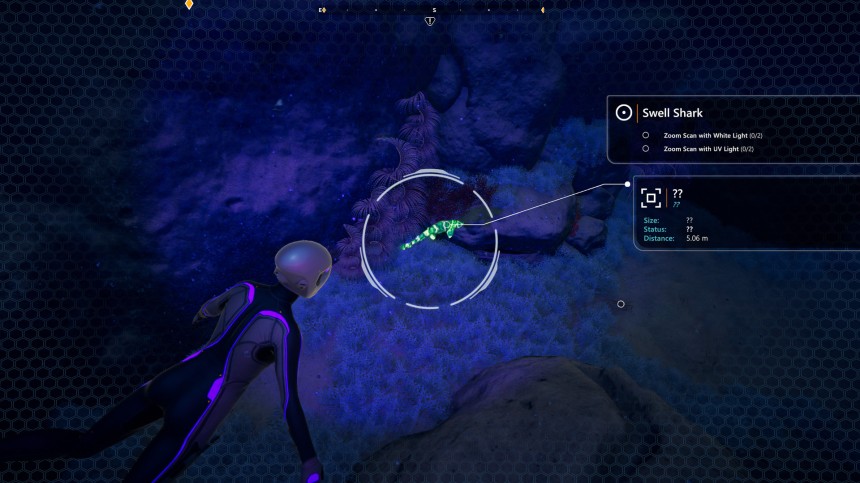 Still, even between revisiting the different dive sites and scanning all the critters of the sea, I saw everything Beyond Blue has to offer in less than five hours. Make no mistake, this is not an open-ocean odyssey like Subnautica. Those eight dives will pass very quickly, and as relaxing and marvelous as they are, it’s still a very concise experience. I wouldn’t show up for the story, either, with its many loose threads and scattershot execution. But man, there’s just not that many opportunities to swim with whales on Steam, are there? For as limited an experience as this is, I thoroughly enjoyed discovering the exotic locales and creatures of the deep ocean. Until we have a more robust diving simulator to excite and educate us, Beyond Blue will fill a very important niche.