This title is DLC for Megaquarium

Megaquarium hit all the right buttons for a pleasantly chill builder: lots of options, a clean interface, and very little pressure to perform. Still, its scope has always been its weak point, offering only ten campaign missions before ushering you towards the robust sandbox mode. Freshwater Frenzy addresses this at least in part, adding another five missions to build your way through, and in different ways from the base game. However, its real strength is in adding even more options and systems to interact with and integrate into your dream aquariums. It almost threatens to be too much, but continuing the clever designs of the base game with clear descriptions and tutorials helps ease players into this impressive expansion. 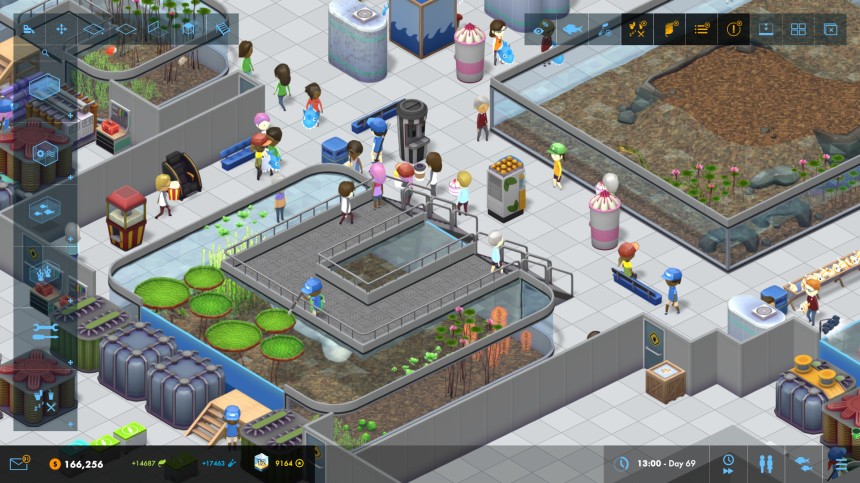 The five missions of Freshwater Frenzy are really more like two tutorials and three challenges to test you on them, but that’s a smart way to introduce the more important mechanics. The first mission teaches you about freshwater tanks, which obviously have their own fish and critters but also new considerations like pH balance and their own decor. It’s not different enough to throw attentive players, which leaves headspace to learn about breeding in the second mission. Several freshwater fish are given conditions under which they will mate and produce eggs, which can eventually grow into new full-sized fish. The conditions require special considerations for tank composition, and breeding rewards you with free fish, additional resource points, and even new patterns and colors for some species.

The breeding system sadly isn’t backported into the original saltwater fish, nor are the new traits some of the freshwater fish have. That’s fine though, because there are plenty of other additions that can improve your legacy aquariums. You can buy accessories like backpacks and sneakers to give your employees some useful boosts, and educational displays that increase the point output of interesting tanks. New equipment can help your tanks run at higher efficiency or provide more services for your guests. And the new tanks and reptile options give even more variety to the sights you can offer. The remaining campaign missions introduce these through side tasks, but they’ll surely be welcome additions to any aquarium. 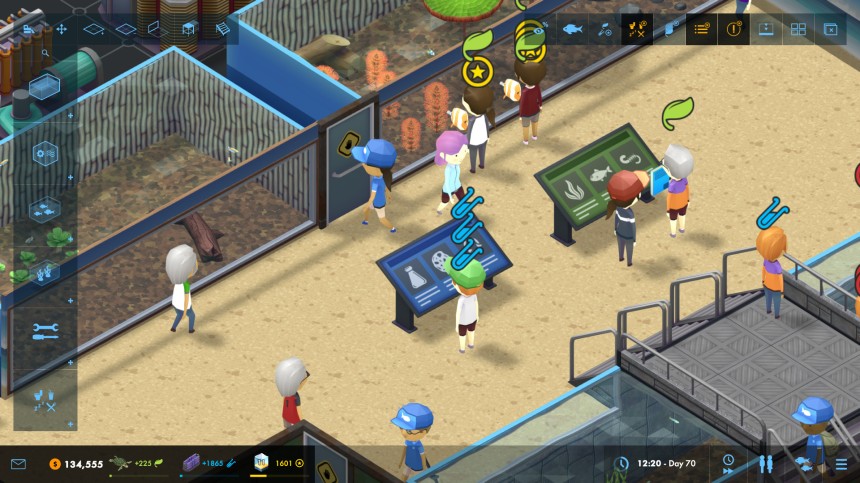 Freshwater Frenzy doesn’t really change the nature of Megaquarium, but it very much enhances what it is. This is still a game of limited scope, with a handful of scenarios and more emphasis on building your own aquariums with your own rules. With this expansion, though, you have so many more options for building exactly the kind of aquarium you want. New species, new tanks, new equipment, and new decorations are all great ways to improve the existing formula, and breeding is a welcome twist to make tank construction and population management more interesting. For folks who wanted more variety from their adorable aquariums, this really is the perfect DLC for living that deep dream.