The simple joys of finding hidden things have sustained me well into adulthood, from Where’s Waldo books and word searches to hidden object games and figuring out where the hell I left my glasses. There’s a small but burgeoning genre of hidden object games on Steam now which are not the “traditional” hidden object games of bizarre plots and clicking animal silhouettes in old sheds. No, these newer games like Hidden Folks and now Wind Peaks take us back to those beloved Where’s Waldo books, giving us a visual list of items to find in lush, animated environments. Wind Peaks in particular seems to be leaning on the richness of its graphics, because the limited story and interactive elements hinder a bit of its potential charm.

There’s nothing scouts love more than going on camping trips (I assume, I never was one), and our plucky little friends here have made their way to the wilderness of Wind Peaks. In their haste to explore, though, they’ve lost a few of their essentials like flashlights, shoes, and garden gnomes, so it’s up to you to track them down and click them back into possession of the troop. The environs of Wind Peaks are vast, though, and some items may have ended up behind rocks, bushes, or the flaps of tents. You’ll also find odder things in the woods, like ancient carvings and towering idols that portend ominous presences. If you can help the scouts navigate the entirety of their trip, you might just find out what those presences are.

You’ll see some obvious influence here from the likes of Gravity Falls and other sources of charming weirdness, but don’t read too far into it. Each scene in Wind Peaks is very much finding a small collection of doodads to progress to the next scene, with a few oddities sprinkled here and there. The real weirdness doesn’t pop up until you finish the last scene, which is the game’s biggest failing on a number of levels. For one, all of the scenes up to that point are very similar forest areas, with a few houses in one and a lake in another, so just when it seems like the game is taking a big turn, it ends. The other issue is that the end comes only 10 scenes in, which you can easily get to in less than an hour. So, not only is Wind Peaks short, it ends right before it really gets going. 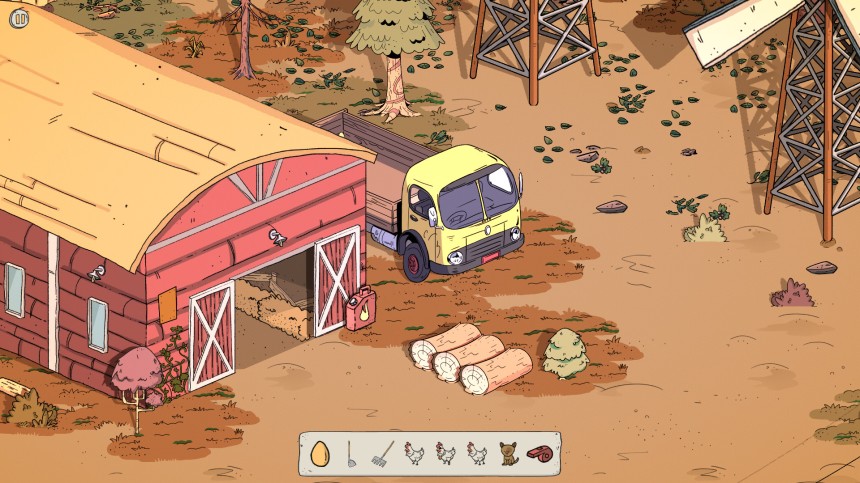 The searching and clicking is fun enough, but even that’s a step back from the likes of Hidden Folks, sadly. Very little of what you see in Wind Peaks is interactable even just in producing sound effects, limited to just select bushes and rocks to push aside, and the characters themselves. That limits a lot of the game’s charm, though it certainly doesn’t detract from the gameplay. And what there is is just fine, of course. Ultimately Wind Peaks feels like it should be pushed more as a prologue or first episode than its own thing, considering how much it builds towards something that’s not even in the game. I love the art, and the finding is certainly fun enough, but it ends before it makes good on any of its more interesting promises. I’ll definitely be looking out for more entries in this series, and you might want to do the same before taking this first step, honestly.